The best vaccine is the one that has been injected into our arms. — S.S.KANESAN/The Star

The announcement by the Covid-19 Vaccine Supply Access Guarantee Special Committee (JKJAV) last week that Malaysia had surpassed the 250, 000 level of daily doses administered could not have come at a better time.

Hot on the tail of better vaccine dissemination are concerns that more contagious SARS-CoV-2 variants are leading to an increase in the number of cases and deaths.

Viruses are not static. They regularly undergo mutation, leading to the creation of new variants.

This scenario not only happens with SARS-CoV-2, which causes the Covid-19 disease, but also with other respiratory viruses such as influenza.

As with most mutations in nature, some will lead to a positive change for the virus that will endow additional advantages to the new variant.

In such circumstances, the variant will persist within the community and likely spread further.

Variants may differ in many ways.

This allows for easier communication, as well as added political correctness.

The variant that is making the headlines at the moment is the Delta variant (B.1.617.2).

It appears to be more easily transferred from an infected individual to others, and may cause more severe forms of Covid-19.

Research suggests that it has a 60% higher risk of transmission within a household compared to the Alpha variant, which was already more contagious than the original version of SARS-CoV-2 from Wuhan, China.

The Delta variant is part of the reason India’s healthcare system was overwhelmed recently.

Although it still accounts for a minority of cases, it is now spreading and increasing in many countries, from Europe to the United States to Malaysia.

At the time of writing, it has been identified in five Malaysian states.

VOCs do not necessarily have to be more lethal in order to increase mortality rates.

A more contagious VOC will lead to a higher number of cases in the community, which leads to increased hospital admissions.

This will overwhelm hospital resources and frontliners who are already exhausted from the non-stop assault on healthcare capacity.

In the current scenario where some hospitals have already run out of Intensive Care Unit beds, any surge in numbers will negatively impact the ability to treat and care for patients optimally. 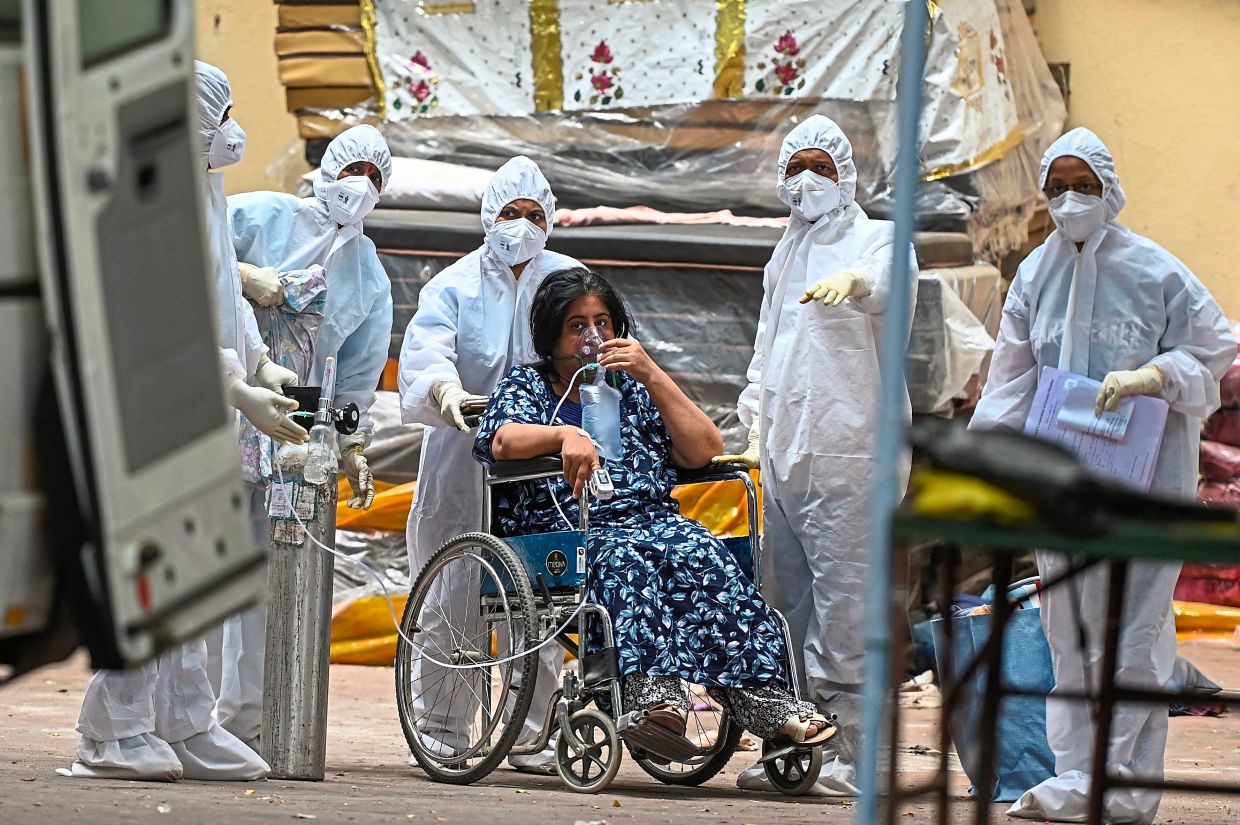 When there are not enough beds in the Intensive Care Units, any surge in numbers will negatively impact the ability to treat and care for patients optimally. — AFP

Do the vaccines still work?

Data from the UK suggests that the vast majority of hospitalised cases and deaths in the UK from the Delta variant occur in those who have not been vaccinated.

A study from Public Health England confirmed that the AstraZeneca vaccine is highly effective against variants.

Similarly, an analysis of 14, 019 Delta variant cases in the UK showed that two doses of the Pfizer-BioNTech vaccine were highly effective against hospital admissions (at 96%).

What is most noticeable is the fact that both vaccines were only 33% effective against symptomatic disease from the Delta variant three weeks after the first dose.

In other words, as the Delta variant cases increase in the community, it becomes even more essential that individuals register and be vaccinated for both doses of their vaccines.

The more things change, the more they remain the same VOCs are likely to halt plans to fully re-open the economy, both in the developed and developing worlds.

The UK is already rethinking a relaxation of its rules in order to buy time for more individuals to receive both doses of the vaccine.

A combination of adequate, just and appropriate movement restriction as well as ramping up the vaccination programme will help reduce the overall number of cases.

This includes ensuring that everyone – from frontliners to undocumented migrants and refugees – is given both doses of vaccines (or in the case of the CanSino vaccine, a single shot).

Everyone must be included

Nobody must be left behind as we continue to persevere in stemming the rate of infections.

The SARS-CoV-2 virus does not wait for decisions by committee or recognise nationalities or or geo-political boundaries.

It will continue to mutate and produce more variants as time goes by.

Future VOCs may turn out to be even more contagious and severe.

As of now, we do not know with any certainty if infections with one variant will lead to long-term immunity to another.

It is far too early to relax our guard.

The best vaccine is the one that has been injected into our arms, and the sooner everyone gets the full level of protection the better.

Registration and dissemination for phase three will continue to be ramped up.

In the meantime, we must not forget to maintain the appropriate SOPs including wearing a mask that covers our nose and mouth, keeping to the necessary physical distancing, avoiding crowds and unnecessary travel, and staying away from poorly-ventilated indoor areas.

Dr Helmy Haja Mydin is a respiratory physician and chief executive officer of the Social & Economic Research Initiative, a thinktank dedicated to evidence- based policies. For further information, email starhealth@thestar.com.my. The information provided is for educational and communication purposes only. The Star does not give any warranty on accuracy, completeness, functionality, usefulness or other assurances as to the content appearing in this column. The Star disclaims all responsibility for any losses, damage to property or personal injury suffered directly or indirectly from reliance on such information.

Giving a boost to our elderly's immunity

Variants of concern are in the community

Which dangerous virus or bacteria will strike next?
Detecting lung cancer early, even without symptoms
Checking if that tomato paste can still be eaten
Nordic walking is good exercise even if you have joint or bone issues
Online marketing pushes unhealthy feeding of children
When puberty strikes too early
No best diet for young children with diabetes
Why do babies spit up?
Weight loss is not the only benefit of bariatric surgery
Drugs for cholesterol and diabetes also help reduce this eye condition