To test, or not to test

Everyone has something to say about mandatory pre-marital HIV screening in couples. The question is, will testing help curb the spread of the disease?

HERE we go again. The debate on whether HIV-screening should be a pre-condition to marital bliss once again started when Deputy Prime Minister Datuk Seri Najib Abdul Razak, who also chairs the Cabinet Committee on AIDS, announced the committee’s decision to make HIV-screening mandatory for all Muslim couples as part of their pre-marital course next year.

Although such screening is already mandatory for Muslims in some states (including Selangor, Kelantan, Terengganu, Perak, Johor, Perlis, Kedah, Pulau Pinang, Malacca, Kuala Lumpur and Negri Sembilan), it did not fail to cause an uproar, particularly from NGOs who have worked very hard in trying to eradicate the stigma associated with the disease and promoting voluntary counselling and testing (VCT).

Stories of men and women affected by the ruling – from “busted marriages” to inspiring stories of happily-ever-after to a teenager being imprisoned by his mother due to his infection – filled newspaper pages, telling us real-life stories of the benefits or ramifications that may come with it.

Proponents called for the extension of the screening to non-Muslims, on grounds of fairness. Najib responded by saying that studies have to be carried out to evaluate the feasibility of including non-Muslims in the programme.

Non-Muslim religious leaders have since expressed mixed feelings about the ruling, as they need more convincing arguments from the authorities.

Perak Menteri Besar Datuk Seri Mohammad Nizar Jamaluddin drew criticism when he was quoted as saying people with HIV should be quarantined, given treatment, and discouraged from getting married.

Health Minister Liow Tiong Lai, however, said that according to Ministry data last year, some people who tested positive did go ahead with their marriage although they were counselled not to. He also encouraged all couples to come forward for free screening and counselling.

However, the decision for mandatory testing seemed to have been made prior to the announcement by Najib.

Last October, Department of Islamic Development Malaysia (Jakim) director-general Datuk Wan Mohamad Sheikh Abdul Aziz was reported to announce the collective agreement of all state religious authorities to implement compulsory HIV testing for Muslim to-be-weds. He also assured that marriage after a positive diagnosis would be allowed, and counselling of preventive measures will be provided to the couple.

Recently, in response to objections, the Department of Islamic Development Malaysia (Jakim) advised those who are worried about the implications of the ruling to do more studies before objecting to the government’s move.

Confused? In fact, many of us are. In less than a week, Malaysians were inundated with separate statements, letters of opinions and anecdotal evidence coming from people living with HIV, NGOs, the authorities and religious councils, expressing their support or rejection of the latest government initiative to curb the spread of HIV.

But chronology and technicalities aside, the answer to one important question remains elusive: “Is pre-marital HIV screening effective in reducing HIV infections?”

To find out, we look at five issues that often make up the arguments for and against pre-marital HIV screening.

Will it prevent future infections?

To put things into context, HIV screening in Muslim couples will start when the couple applies for approval of their wedding from their respective state religious departments.

They are required to undergo HIV tests in local government clinics, and the results must be declared in a HIV test form to be submitted together with other required documentation to the department.

If one or both are found to be positive, the department will only notify both families of their HIV status with consent. Subsequently, they will be referred to a doctor for post-test counselling and the state religious departments will provide counselling on religious matters in the marriage. Both will help the couple decide whether they would like to go on with the marriage.

One wonders, will the potential chance of getting a positive test result through mandatory testing encourage safer sex between couples or cause them to take measures to avoid testing?

Logically, mandatory testing will save couples the awkward moment of asking their partners to go for the test due to issues of trust. If they test positive, they can take preventive measures to avoid HIV transmission.

But the United States’ brief experimentation with pre-marital testing in the late 1980s points to the contrary. At that time, only two states, Illinois and Louisiana, enacted and enforced mandatory premarital testing statutes.

Subsequently, in Illinois, the number of marriages registered in the state declined, while numbers in adjacent states increased, indicating a trend where people were avoiding testing by getting married in other states.

Does a positive result do more harm by exposing the person involved to stigma, or does it protect his or her future partner from harm?

A positive result, if kept confidential, will not expose a person to stigma. But an official declaration to marry prior to undergoing HIV testing and cancellation of marriage plans can lead to speculation of a positive result. And if a couple tests negative, will the test protect them from future infection?

Malaysian AIDS Council (MAC) president Prof Adeeba Kamarulzaman said in a letter of opinion that HIV testing is a one-off test, while the risk of acquiring HIV is potentially life-long.

A negative test before marriage may foster a false sense of security throughout the marriage although it could not guarantee that a person would stay HIV-free if he or she continues to practise high-risk behaviour such as sharing needles in drug use and practising unsafe sex.

If a person is already engaging in such behaviour, he or she might be infected but is in the window period (about three to six months).

According to a report [1], cases of couples offering fake HIV certificates have been documented in Malaysia.

Without specific interventions (such as education and harm reduction programmes) to prevent transmission of these infections, mandatory HIV testing has also been shown to have limited impact on controlling the spread of HIV infection.

Where is the data?

According to Ministry of Health statistics, out of 1,766 found to be HIV positive from January to June 2008, 47 (2.7%) were diagnosed through pre-marital HIV testing. A total of 97,879 were tested, which means out of 10,000 screened, only about five will be diagnosed positive.

Worldwide experiences with premarital testing have also revealed limitations to its effectiveness in preventing the spread of HIV as women are exposed to the risk of HIV transmission not just before marriage, but after marriage.

Studies in Africa find that married women have a higher rate of infection than sexually active unmarried women and according to the United Nations Population Fund, 60 to 80% of HIV-positive women in sub-Saharan Africa have been infected by their husbands, their sole partner.

Will adequate counselling be provided?

President of the Malaysian Society of HIV Medicine (MaHSM) Dr Christopher Lee encourages couples to go for HIV screening before marriage, but cautions that mandatory testing is often associated with poor or inadequate counselling and education.

In Ghana, church-based marriage counsellors report to being ill-equipped to counsel those who are diagnosed HIV-positive and have requested training and support from the government.

In Malaysia, counselling is provided to couples who test positive during pre-marital HIV screening by their healthcare providers and state religious department officials. They are still allowed to marry.

However, the lack of post-test counselling in those who test negative may put them at risk for future infections as they may not be as adequately educated on prevention measures compared to their positive counterparts.

According to the International Guidelines on HIV/AIDS and Human Rights 2006, the right to marry of people living with HIV (PLWH) is infringed by mandatory pre-marital testing or the requirement of “AIDS-free certificates” as a precondition for the grant of marriage licences under State laws.

The individual’s right to privacy can also be compromised when test results are disclosed to non-medical personnel as they are not legally bound by doctor-patient confidentiality provisions.

As the stigma and discrimination attached to PLWH are great, the community has an interest in maintaining privacy so that people will feel safe and comfortable in using public health measures, such as HIV prevention and care services.

Therefore, interests in public health does not justify mandatory HIV testing or registration. However, in societies and cultures where traditions place greater emphasis on the community, people who are HIV positive may more readily authorise the sharing of confidential information with their family or community.

Is it cost effective?

The Health Ministry found six out of every 10,000 people who went for HIV screening prior to their marriage HIV positive last year. But does it make sense to screen thousands of people for the probability of finding a few who have been infected?

Marina certainly did not think so. “The HIV prevalence rate in Malaysia is currently less than 1%. If we test couples intending marriage, we are testing the general population (as opposed to at-risk or vulnerable populations such as drug users and sex workers). Therefore we can expect that the results of positive diagnoses would be also less than 1%,” she wrote.

“Does it make sense to spend all that money on testing equipment and human resources to get such a low return?”

It is clear that the question is not whether we need pre-marital testing or not – we do; but whether making it compulsory to certain groups will bring more benefit or harm.

However, from the response by all parties involved, it may seem that the decision to implement mandatory testing among Muslims has not been carefully deliberated with due input from all stake holders within the context of multi-racial Malaysia. More importantly, there is also a dearth of cost-benefit analysis and supporting data to justify such a cost-intensive initiative.

Perhaps it is time for our decision makers, religious leaders and NGOs to work together towards the implementation of a comprehensive strategy that empowers all Malaysians with knowledge about HIV and ways to prevent its transmission. It may be more sustainable than subjecting the general population to compulsory testing, which is costly and potentially traumatic; even when they are grounded in good intentions. 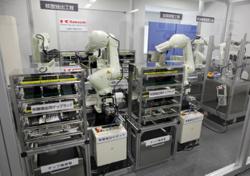