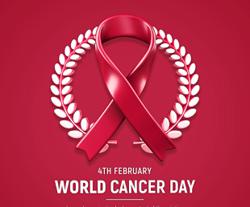 Around one-third of all cancer cases worldwide are linked to tobacco. — AFP

Nearly half of cancers worldwide can be traced back to a known risk factor, primarily tobacco or alcohol, a huge global study found on Aug 19 (2022).

According to the study, this means that behavioural changes can help reduce the threat of such disease.

Published in The Lancet journal and conducted as part of a vast research programme funded by the Bill Gates Foundation, the study concluded that 44.4% of cancer deaths worldwide were attributable to a known risk factor.

The Global Burden of Disease Study is a comprehensive regional and global research programme involving thousands of researchers from most countries around the world.

The study analysed the impact of 34 risk factors and confirmed what is already widely known: that tobacco is by far the biggest contributory factor to cancer, accounting for 33.9% of cases, followed by alcohol with 7.4%.

More than half of all male cancer deaths were attributable to such risk factors, and over a third of female deaths, the study found.

And since “the leading risk factors contributing to global cancer burden in 2019 were behavioural... reducing exposure to these modifiable risk factors would decrease cancer mortality” worldwide, the study concluded.

That also meant greater emphasis should be placed on prevention, the study found.

“The burden of cancer remains an important public health challenge that is growing in magnitude around the world,” said study co-senior author and University of Washington School of Medicine’s Institute for Health Metrics director Professor Christopher Murray.

“Smoking continues to be the leading risk factor for cancer globally, with other substantial contributors to cancer burden varying.”

However, around half of cancers are not attributable to a known risk factor, meaning early diagnosis and effective treatments must accompany efforts to raise prevention efforts, the study found. – AFP Relaxnews

Access to optimal cancer care is not equally available to everyone

Alcohol: Dangerous for the young, healthy for the old? 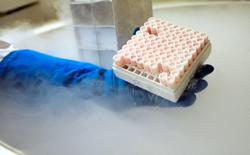 Eating less is more effective for losing weight than intermittent fasting
Cord blood stem cell transplant can save many lives
You can be young and still get a stroke
Want to remain fertile? Then change your lifestyle
Control your weight from young to avoid knee surgery when old
I'm pregnant and I just can't stop vomiting
Pregnant women at risk of death if they get infected with Covid-19
At least a million Malaysians suffering from long Covid
Why it's so chaotic at our hospital emergency departments
Try meditating to improve your gut health