Tobacco companies push their presence in Malaysia during pandemic 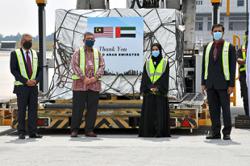 Nicotine is the highly addictive chemical found in the tobacco leaf, which keeps smokers coming back for more and makes it hard for them to quit. — TNS

The ongoing Covid-19 pandemic has meant that our healthcare workers have been going through personal protective equipment (PPE) very quickly over the last two years.

Indeed, there was a period of time last year when the shortage of PPE was dire in our country.

In response, many individuals, civil society organisations and companies rallied to produce or procure these much-needed materials as donations for the Health Ministry and its hospitals and clinics across the nation.

Among them was Yayasan Salam Malaysia, a non-profit organisation that counts Swiss-American cigarette and tobacco manufacturing company Philip Morris International (PMI) Malaysia as one of their corporate partners.

On May 27, then Health Minister Datuk Dr Adham Baba accepted a donation of PPE worth RM220,000 from the organisation, which was documented on the ministry’s Facebook page.

The donation was reported to be sourced from corporate sponsorship.

According to the Southeast Asia Tobacco Control Alliance’s (Seatca) Tobacco Industry Watch website, it was sponsored by PMI Malaysia.

A representative from the tobacco company was present at the handing-over ceremony.

According to Article 13 of the World Health Organization’s Framework Convention on Tobacco Control (WHO FCTC) – an international treaty to which Malaysia is a signatory – all forms of tobacco advertising, promotion and sponsorship should be comprehensively banned.

This meeting therefore, was one of the main reasons Malaysia deteriorated in its ranking in the recently-released 2021 Global Tobacco Industry Interference Index report.

This third annual report was produced by the Global Center for Good Governance in Tobacco Control (GGTC).

From 38th position out of 57 countries in 2020, Malaysia dropped to 57th out of 80 countries, with a score that increased by three points (the lower the score, the better the ranking).

“That’s when we dropped drastically – other than the police, the Health Ministry itself accepted the donation from PMI,” says Malaysian Women’s Action for Tobacco Control and Health (MyWatch) president Roslizawati Md Ali.

“And not just the Health secretary-general (was present), but the (then) Health Minister Datuk Dr Adham Baba himself accepted it.”

Earlier, on Aug 21, 2020, the Royal Malaysian Police (PDRM) had received RM150,000 worth of PPE donated by Japan Tobacco International (JTI) Malaysia, which was reported by the media.

JTI Malaysia had also donated vehicles to the PDRM on Feb 18, 2020, which was documented on the PDRM’s Facebook page.

According to the Index report, the donation of nine cars and two motorcycles was for enforcement against the illicit cigarette trade. Many individuals and organisations, like the Politeknik Ibrahim Sultan students here, made or purchased PPE to donate to the Health Ministry during the Covid-19 pandemic, many without any publicity. — Photos: Filepic

Some might argue that such donations can be put to good use, regardless of their donor.

“But did you need to publicise it in the manner that it was publicised?

Smoke Free Partnership director Anca Toma, who was one of the speakers at the recent media briefing on the Index report, has a harder take on it.

“It is very important that the tobacco industry is denied the opportunity to promote these donations and to use them to renormalise themselves as corporate citizens.

“It’s been a rough year, there is an ongoing economic crisis and money is tight, but this money is blood money, and it should not just be accepted and it should not allow the tobacco industry to pretend it’s a good citizen,” she says.

According to the WHO, tobacco kills over eight million people every year.

Over seven million of these people are smokers, while around 1.2 million are actually non-smokers who die as a result of being exposed to secondhand smoke.

And in the context of the current pandemic, smokers are deemed to be at higher risk for developing severe Covid-19 and being hospitalised.

While cigarette smoking is the most common form of tobacco use, it is also used in vaping products (i.e. e-cigarettes), kretek, cigars and water pipes, among others.

The main reason so many smokers find it hard to quit their habit is because of the presence of the highly addictive chemical nicotine in tobacco.

The addictiveness of nicotine was highlighted by Deputy Domestic Trade and Consumer Affairs Minister Datuk Rosol Wahid when he initially explained why cigarettes, but not alcohol, were allowed to be sold during the movement control order 3.0, despite both being non-essential items.

He was quoted as saying: “Although they are non-essential under (the standard operating procedures from the) NSC, they are still ‘essential’ to cigarette addicts.

“We can’t stop its sale, otherwise there will be problems.

“Only smokers will understand. Without cigarettes, it will be a huge burden for them.”

Not just a health issue 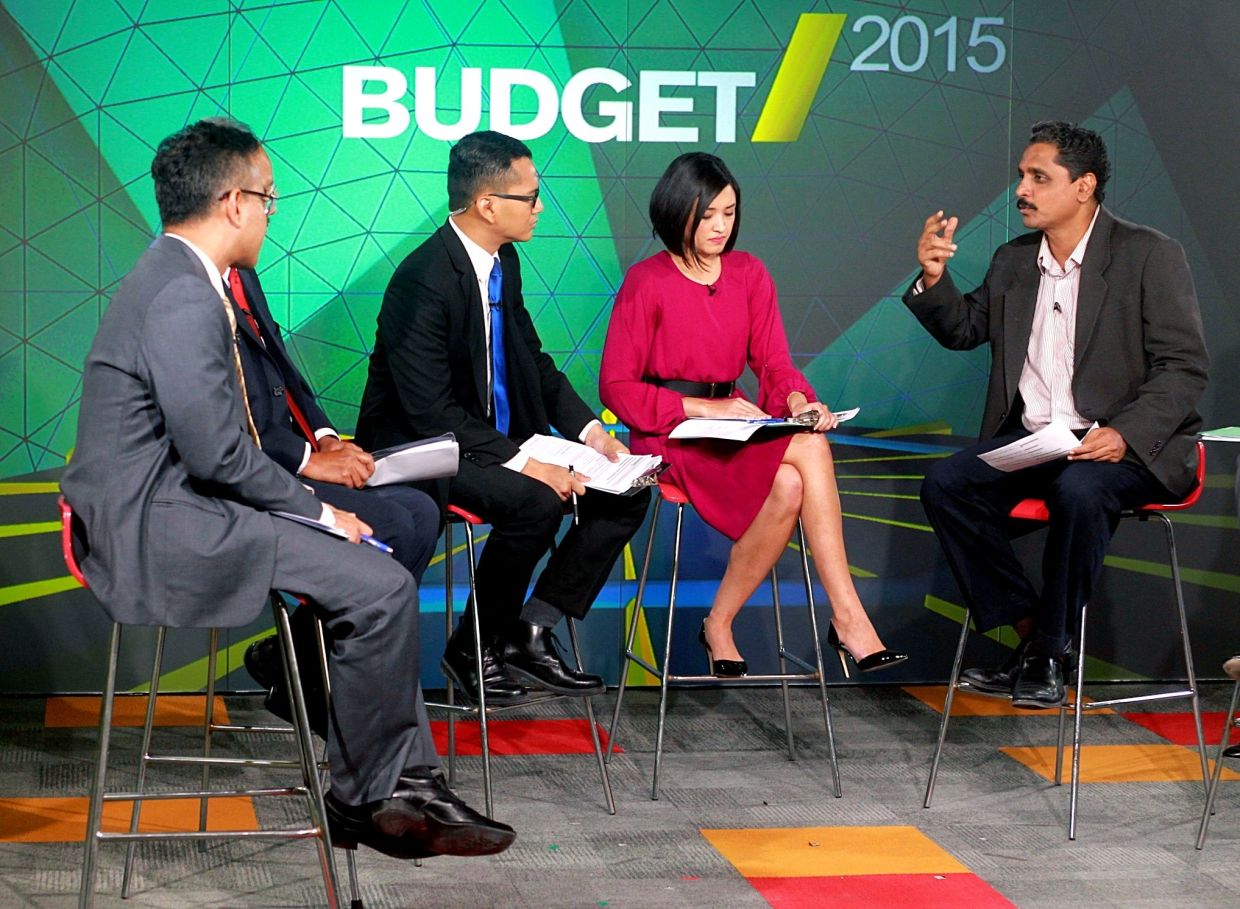 A panel of experts discuss the 2015 Budget, which was the last time taxes were raised for tobacco in Malaysia.

The stance by Rosol is indicative of how tackling the problem of smoking seems to be viewed as strictly parked under the Health Ministry.

NCSM president Datuk Dr Saunthari Somasundaram says: “A lot of people just assume that the FCTC is – when you talk about government – it’s suppose to be just (the) Health (Ministry).

“But it’s not just (the) Health (Ministry), it’s the whole of government.”

One prime example is taxation, which comes under the purview of the Finance Ministry.

Roslizawati points out that tobacco taxes in Malaysia have not been raised since 2015 – a fact noted by the Index report.

“Why don’t you increase taxes on tobacco instead of accepting gifts like that?” she asks, adding that the tobacco industry has continued to make huge profits throughout the pandemic.

The revenue from the raised taxes could then be carved out for quit smoking programmes and enforcement activities, among others, she says.

During the media briefing on the Index report, author Mary Assunta pointed out: “A very interesting point to also note is that, in 11 countries that recorded governments receiving charity from the tobacco industry, these countries also then seemed to provide some incentives in the form of tax breaks to the tobacco industry, particularly lower taxes or not applying a tax increase, or even allowing late payments or a differential way of of taxation.

“So that was an observation that was made.”

Another example is the investment in tobacco companies by sovereign wealth funds like our Employees’ Provident Fund (EPF).

While EPF has been consistently decreasing its stake in British American Tobacco (M) Bhd since 2017, both Roslizawati and Dr Saunthari say that the fund still holds some tobacco company shares.

In 2019, EPF signed the United Nations-supported Principles for Responsible Investment, stating that it has “traditionally been a socially-conscious investor in excluding companies that are seen as unethical such as alcohol, tobacco, gambling, weaponry and nuclear power”.

Seatca executive director Ulysses Dorotheo says that citizens should be aware if their governments are investing their sovereign wealth funds in tobacco companies.

“If citizens are not aware that this is happening and don’t want their retirement funds to be invested in these tobacco companies, they should then complain and compel their governments to divest from the industry and stop giving their money to the tobacco companies,” he said during the media briefing.

Overall, Assunta, who is also the head of Global Research and Advocacy at GGTC, says that 18 countries showed improvement from 2020 to 2021, with the most improved countries being Spain, Chile, Sudan, Israel and India.

However, 31 countries deteriorated, with the ones facing the most increased tobacco industry interference being Peru, Uruguay, Solomon Islands, Argentina and the United States.

The top-ranking country was Brunei, who maintained their position from last year, followed by New Zealand and the United Kingdom.

The two bottom-ranked countries were the Dominican Republic and Switzerland.

She said: “I’d like to conclude by saying that, overall, even if countries have improved, there is still room for improvement.

“And that the Tobacco Industry Interference Index provides an opportunity, because it identifies areas of weaknesses and loopholes, so that governments can fix these and get on with their efforts in tobacco control.” 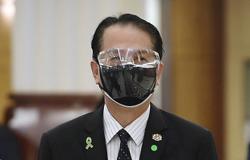 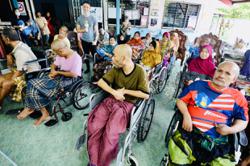 Should I just catch Omicron? Premium
Sitting too long is bad for your joints
When the flu meets Covid-19
Using radiotracers and PET scans to diagnose dementia
10 things to think about before going vegan
When kids become ‘fussy eaters’ after Covid-19
Fourth Covid-19 vaccine jab offers little more protection against Omicron
Does going gluten-free really help IBS?
Can you lose your memory for just a few hours?
My child has a clubfoot, what can I do?