Always place a baby to sleep on their back on a firm sleep surface, such as a crib with a fitted sheet, and nothing else. — TNS

In the 1990s, the US National Institute of Child Health and Human Development’s safe sleeping campaign reminded us all “back to sleep”, as in put your baby on her back when you put her to bed.

Rates of accidental suffocation and strangulation in bed for infants have increased in the same time period.

There are some factors that increase a baby’s risk factor for this kind of death, including being born prematurely or at a low birthweight, or having a mother who smoked.

Another big risk factor is where the baby is put to bed.

A new report from the American Academy of Pediatrics found of the incidents that were entered into the US CDC’s Sudden Unexpected Infant Death Case Registry from 2011 to 2017, 72% happened in an unsafe sleeping environment, and 75% of those that were caused by suffocation happened when the baby’s airway was blocked by soft bedding.

St David’s Children’s Hospital paediatric emergency medicine physician Dr Shyam Sivasankar in Austin, Texas, says when babies come into his emergency room not breathing, or after having had a near fatal suffocation event, the first thing he says is “tell me where they are sleeping”.

Often the baby is co-sleeping with an adult, he says, and the baby gets caught in adult blankets or pillows.

That’s when he’ll reiterate how important it is to put baby to sleep in a crib with nothing in it.

He recommends that exhausted parents who are getting up with babies in the middle of the night for feedings should set an alarm on their phones as a reminder to put baby back into the crib, and not fall asleep with them in bed, on the sofa, in a chair or wherever they are feeding them.

Sometimes, the suffocation or strangulation happens to a baby who is in a crib with a blanket or something else soft like a stuffed animal.

He often hears that parents think their baby is cold, and so they give them a blanket.

He recommends using warmer clothing, or a wearable blanket or sleep sack, to keep them warm, instead of something that is separate and loosely floating around the crib.

Having babies sleep in an empty crib with just a fitted sheet needs to be followed for the first year of life, Dr Sivasankar says.

Even tools like wedges, which are used for babies with reflux, shouldn’t be used unless recommended by a doctor.

Babies who fall asleep in car seats, swings, strollers or on a parent, should be moved as soon as possible to their crib, rather than allowing them to nap or sleep in one of those places, which are not a recommended safe sleeping environment.

Car seats, strollers and swings should also be free of toys and blankets, or other suffocation hazards, in case a child falls asleep in one of those devices.

These deaths are “an unfortunate situation” because they are preventable.

“The parents who experience this, they go on to educate and promote these safe sleep practices,” Dr Sivasankar says. – By Nicole Villalpando/Austin American-Statesman/Tribune News Service

Why do people refuse to get vaccines for themselves and/or their children? 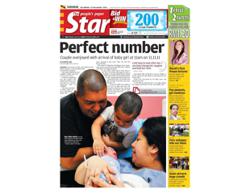