The majority of couples who go for therapy are still confident about their long-term future together, but many want to learn how to manage their conflicts better. — Filepic

Most people are reluctant to tell a stranger intimate details of their life; so when two people decide to take part in couples therapy, it’s nothing less than an act of courage.

For many, it’s extremely hard to overcome their inhibitions and take the leap of faith required, but that is often because people don’t fully understand what is involved.

Holly Parker is a psychologist and lecturer in couple psychology at Harvard University in the United States.

In the industry magazine Psychology Today, she recently broke down some of the myths surrounding relationship work.

Many people think that couples therapy is only justified when separation or divorce is already on the horizon.

However, studies show that only a minority of couples in therapy have doubts about the long-term future of their relationship.

”Your relationship doesn’t have to have one foot in the grave or have serious problems for you to consider therapy,” says Parker.

About half of the participants in the study said their motive for therapy was to manage their conflicts better.

More than a quarter of the couples said their relationship bond was still strong – they just wanted to refresh and renew it.

Some people are afraid they will be blamed and attacked in relationship therapy, and understandably, nobody is keen on that.

However, professionally-guided therapy is not about ugly arguments.

To be successful, building a “therapeutic alliance” is what counts – an emotional bond between the therapist and the two people who make up the couple.

It should not come down to “two against one” rows.

Many people have reservations about letting a stranger mess with their inner lives as a couple, and think that they should sort their problems out in private.

Parker counters this by saying that couples are not always able to see the broad environment of their conflict from their own internal perspective.

An apparently harmless argument about doing the dishes may actually be about something completely different.

An outsider’s perspective can help here because it provides a broader field of vision.

She points out that people wouldn’t hesitate to bring in specialists to sort out other kinds of domestic problems, and recommends looking on therapists as a sort of “relationship plumber” who will be able to help you sort out problems you just can’t manage on your own. – By Julia Kirchner/dpa

Be sexually safe this Valentine’s 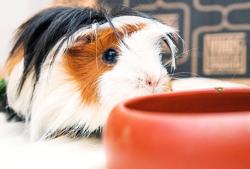 Food sellers, protect yourselves and your customers against typhoid Premium
Covid-19 vaccines: Facts about the myths
Too much screentime could trigger shortsightedness in kids
Real Goals, Real Change: Start Losing Weight The Scientific Way
Doctors, read your contract with the private hospital carefully
Treating children who have lost their sense of smell
Covid-19 vaccines: Addressing the worries of allergy sufferers
More tips for the specialist moving into private practice
Fitness tips for the guys
How to treat cracked heels