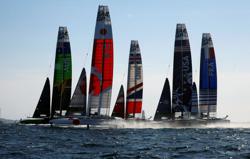 Denmark is in the process of culling all of its farmed mink – some 17 million animals – after a mutated version of the SARS-CoV-2 virus linked to mink farms was found in humans. — AFP

The emergence of infectious diseases is often the result of a pathogen entering a new host species, as highlighted by the SARS-CoV-2 virus that causes Covid-19.

However, most cross-species transmissions fail to establish a foothold in the new species.

In a new study, researchers from the University of Glasgow in the United Kingdom, found that the progression of the disease was accelerated when the original host of the pathogen and the new host were physiologically or genetically more dissimilar.

This means that the chances of onward transmission from the new host to other animals and humans is reduced, as the new host gets sick faster.

For diseases to emerge, pathogens not only need to infect a novel host, but also be subsequently transmitted from one individual to another – a critical step.

Why some pathogens succeed at this point while others fail is not well-understood.

In this study, the scientists analysed hundreds of published infection experiments involving the transfer of the rabies virus – a dangerous pathogen able to infect and cause death in all mammals – from one host species to another.

They found that the rabies virus strains originating in bats – and those transferred from species with warmer body temperatures to those with a cooler body temperature – tended to kill the first infected host too fast for successful onward transmission.

The same was true as the genetic distance between the original and infected host species increased.

MRC-University of Glasgow Centre for Virus Research postdoctoral research assistant Dr Nardus Mollentze said: “Our results indicate that rabies virus strains are finely adapted to a specific host environment, and that even subtle mismatches between virus and host can limit the virus’ ability to establish transmission in a novel species.

These findings help to explain why the rabies virus is maintained by a rather small subset of mammalian hosts and why emergence in new species is observed only in rare cases.”

The university’s Institute of Biodiversity, Animal Health and Comparative Medicine Reader Dr Roman Biek said: “Our work shows how careful analysis of previous infection experiments can pinpoint small changes in the interaction between pathogen and host that may either help or hinder disease emergence, including emergence of new human infectious diseases.

“This is why investigating the factors which affect the clinical outcomes of cross-species transmission in the first novel host individual infected – the index host – is important, as these outcomes can alter the likelihood of the pathogen spreading further.”

Dr Mollentze added: “As cross-species transmission events are very difficult to observe in nature, we currently remain unable to predict which of them could potentially result in a new epidemic.

“Studies like ours demonstrate that already-existing experimental infection data can be used to better understand cross-species infections which, if applied to more viruses, may allow us to identify general rules predicting onward spread in the future.”

The study, published in the journal PNAS on Oct 30 (2020), was funded by the UK Medical Research Council (MRC), Wellcome, the Royal Society and a Lord Kelvin/Adam Smith Scholarship from the University of Glasgow.

Do I have to send my pet away if my child is allergic to it?

Don't want to get sick? Keep tabs on your personal hygiene 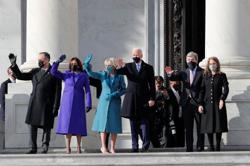 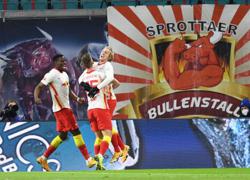