There has been much speculation in the social media lately on the cause of death due to Covid-19. Global studies on Covid-19 patients have shown that approximately 15% of the hospitalised patients may develop serious illness and up to 5% became critically ill requiring ventilation in the intensive care unit (ICU).

Of those who succumbed, the conventional view was that the patients developed respiratory failure from hypoxia or sepsis, leading to disseminated intravascular coagulation (DIVC) and multiorgan failure, or a combination of these.

Interestingly, new post-mortem reports suggested that a substantial proportion of these patients died of diffuse thrombosis, predominantly in the vessels in the lungs.

One large study in Germany looked into a sequential series of 184 patients admitted to ICU, of which pulmonary embolism occurred in 25 (14%) patients, catheter associated thrombosis in two, and one had deep vein thrombosis in the leg. The cumulative incidence of venous thromboembolism was 27%.

A French study that performed screening lower limb ultrasound on Covid-19 patients found a staggering 70% of them with venous thromboembolism – even in prophylactically anticoagulated patients.

Recent post-mortem reports in Italy, France and Belgium have shown a high incidence of thrombosis in pulmonary arteries in the lungs. This has led to speculation that perhaps health authorities have got it wrong so far.

They failed to recognise the high incidence of thrombotic complications and this has led to mismanagement of this condition. All these misconceptions and misunderstandings must be clarified.

Firstly, venous thromboembolism (VTE) is not uncommon in patients who are acutely ill in the medical intensive care units. Anywhere between 15-30% of these critically ill patients run the risk of VTE if prophylaxis is not given. The risk factors of VTE includes older age, sepsis, immobility, obesity, intravenous lines and pneumonia, etc.

Understandably, ventilated Covid-19 patients developing VTE is not something new. It is a hospital practice that all patients admitted to intensive care units are assessed for thrombotic risk versus bleeding risk. If they are deemed high-risk for thrombosis, anticoagulants are routinely administered.

For those with both high thrombotic risk and bleeding risk, they are prescribed an intermittent pneumatic compression device or an additional compressive stocking to reduce their risk of deep vein thrombosis (DVT).

Secondly, VTE is a recognised complication of Severe Acute Respiratory Syndrome (SARS). There have been reports of patients dying of VTE during the SARS epidemic in the last outbreak in 2013.

In fact, a doctor in Singapore who succumbed was recovering from SARS and out of the intensive care unit, when he suddenly collapsed and is believed to have died of VTE. SARS at that time was confined to Asian and European countries, and the US has little experience dealing with them.

When selective post-mortem was conducted in European countries recently, it came as a surprise that widespread thrombosis was a cause of death.

The widespread thrombosis reported are believed to be due to damage to the vessels either by direct invasion of the endothelium by the virus or by the cytokines released by systemic inflammatory response. It is believed that this is distinct from the disseminated intravascular coagulation (DIVC) described in the past.

For now, most patients are routinely prescribed heparin and perhaps in light of the diffuse thrombosis, therapeutic dose may have to be prescribed rather than the prophylactic dose as has been routinely done in ICUs.

Dr Liew Ngoh Chin is a vascular surgeon at Subang Jaya Medical Centre. He is chair of the Asian Venous Thrombosis Forum, an organisation comprising doctors of different specialities from across Asia, looking into prevention of VTE. 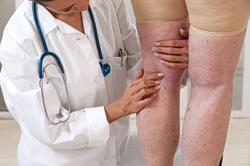 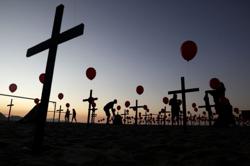 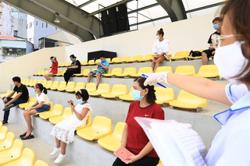