All in a nurse’s day 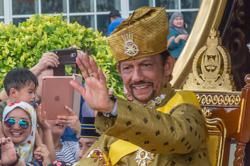 Thanks to Florence Nightingale who elevated the standards of nursing and changed the way nurses were perceived during her time, modern nurses today play a key role in healthcare delivery.

They do more than care for sick people, especially during this pandemic, when hospitalised Covid-19 patients – in the absence of family members – reach out to nurses to ease their anxiety.

Many lives have been saved because an attentive nurse picked up early warning signs of an upcoming crisis, like cardiac arrest or respiratory failure.

To honour the 200th anniversary of Nightingale’s birth, the World Health Organization (WHO) has designated 2020 as the International Year of the Nurse and the Midwife.

StarHealth speaks to a few nurses to share their stories, the pressures they are under, the dilemmas faced and the triumphs they witness.

At 61, Abidah Yasin has seen many pandemics throughout her career – SARS (severe acute respiratory syndrome), H1N1, and now Covid-19.

“It’s another pandemic and we just have to be more cautious.

“In the past, we could attend to these patients face-to-face, but now, we have to suit up and make sure our staff comply with safety procedures,” she says.

She adds: “If the patient is ambulatory, it’s not a problem.

“For the ones who are not, we have handphones and tablets in each Covid-19 ward.

“We make video calls to their relatives so that they can keep connected.”

The Universiti Malaya Medical Centre (UMMC) chief nursing officer, who oversees 45 wards and roughly 1,600 beds, is a familiar face all over the university hospital.

Her calming and reassuring presence is sought by doctors, nurses and patients.

Surprisingly, she never wanted to be a nurse; teaching was originally her preferred vocation.

While waiting for a response to her teaching application, she decided to join UMMC’s nursing training programme to kill time.

She fell in love with nursing, and 40 years later, that love still burns bright. With 45 wards to oversee, Abidah is a familiar face around UMMC. — RAJA FAISAL HISHAN/The Star

Patients come and go, but Abidah will never forget the Covid-19 patient who was admitted for more than a month.

“The patient got the virus from her father, who was admitted to Hospital Kuala Lumpur and eventually passed away.

“It was really sad because she was asymptomatic (had no symptoms), yet the virus wouldn’t leave her body.

"We took swabs every 72 hours and it was always positive, so she couldn’t be discharged.

“Finally, 31 days later, her swab results came back negative, and after testing negative twice, she was able to go home,” she describes.

Her first brush with patient death also remains vivid in her mind.

Abidah was a young nurse when she befriended a staff nurse from a private hospital, who was suffering from lung cancer and sought treatment regularly at UMMC.

In her final days, the staff nurse was hospitalised.

“I held her hand for more than an hour and did not expect her to pass away. But she did and I cried a lot. I was so affected.”

Since then, Abidah has garnered a lot of experience rotating through various wards.

She lists her time in the labour ward as her favourite.

“It’s very fulfilling when I meet patients outside and they recognise me. They introduce their son or daughter whom I helped deliver.

“Or my patient’s children have become patients and will tell me ‘My mother/father always tells me that if you want to become a nurse, you must be like nurse Abidah!’” she says, swelling with pride.

That thought puts a smile on her face every time.

Her journey thus far has been a joyful one, despite ups and downs.

She says, “The present crop of nurses are not very good in human communication, unlike the old breed.

“They prefer doing everything digitally, whereas we had to do things manually.

“We have to remind them to introduce themselves, address the patient by his or her name, and talk to every patient for 10 minutes every day.

“My advice to youngsters wanting to go into nursing is that you must be passionate about the job and don’t take it up because you have no choice. You have to be committed.”

After four decades of nursing, Abidah will hang up her uniform on Aug 11 (2020).

“I’ve served enough, and no, I’m not retiring to take care of my grandchildren! I’ve looked after five of my own and it’s their (children’s) turn now.

“I might do something different like post-natal care since I worked in the maternity ward for quite a long period,” she says.

With Covid-19, the nursing routine has changed for Lydia Yati Ali Munir, 33.

“Prior to this, we could do the job on our own, but now, it’s all about teamwork to ensure that everybody stays safe.

“When I was told I would be in the screening team, I thought ‘why me?’

“But now I tell myself I’m special!” says the infection control link nurse at a private hospital in Kuala Lumpur, who assists at the hospital’s drive-through Covid-19 screening. Lydia and her two children, who automatically go into their rooms when they know their mother is arriving home. — Photos: Parkway Pantai

For three hours or more daily, she is stationed outside the hospital, dripping with sweat from wearing the personal protective equipment (PPE).

The screening group works in teams of three: a doctor, a nurse and a runner.

Lydia says, “I miss seeing and communicating with patients in the wards.

“This job, which I’ve been doing for the past month, is over very fast as we want to minimise contact with the patients.

“Once I’m done doffing the PPE, I’ll have to take a shower before I resume work inside the hospital. I have to bring a change of clothes every day.”

When she clocks out, just before reaching home, the mother of two will call her husband to open the door as she doesn’t want to “contaminate” the doorknobs.

And her two young kids will automatically go into their rooms when they know their mother is arriving.

“I’ll head to the bathroom and soak my clothes separately with Dettol before washing them. Only then will I come out, feeling clean.

“I shower three times a day! I am a bit paranoid, but I cannot take the risk.

“My kids have been trained so well that they keep asking ‘Can we touch you now?’” says Lydia, who aspires to become an occupational health nurse in the future.

When the call came to ask for volunteers to be stationed at the drive-through Covid-19 screening service, Anita Dorris Savarimuthu was the first to volunteer.

“I was happy to attend the training, but I also had a fear deep in my heart – will I be safe, will I become infected, will my family be safe?

“But I look at it as a good experience to garner more skills,” says the 41-year-old assistant nurse manager in the emergency department of a private hospital in Malacca. Kong checking on paperwork as she goes about her daily routine.Every morning, Anita puts on her PPE and spends a few hours at the station.

She explains to patients, both drive-ins and with prior appointment, about the procedure, which involves taking swabs from the nose and mouth for the polymerase chain reaction (PCR) test.

She says, “It’s not painful, but uncomfortable. The swab stick is 10cm long and we have to put 7cm inside each nostril to get the swab.

“Getting swabs from the mouth is more difficult because you have to hold the tongue down and it feels like a foreign object is being shoved in.

“Sometimes the patient will shed tears. But it takes less than 10 minutes for the whole process.”

“All the patient wants is to have someone beside them for support.

“For women, we offer comfort by touching their shoulders or holding their hands.

“When the patient is sick, it is difficult to be angry with them. You’ve got to feel what they feel.

“I never had much patience before, but in the last 19 years, I have become super patient!” she says, laughing.

Also volunteering herself is Kong Cheng Yi, 28, a senior nurse at the paediatric ward, who takes swabs from children who are in isolation rooms.

Kong has a natural affinity for children, and they too are drawn to her caring personality.

After completing secondary school, she wanted to open a nursery, but her friends encouraged her to take up nursing instead.

She did, and knows it is the right calling.

“During my stint at the paediatric oncology ward, I was often overwhelmed, and thankfully, with the help of my seniors, I was able to cope. I am emotionally stronger now.

“When a sick child comes in and gets better, that’s fulfilment,” she says. 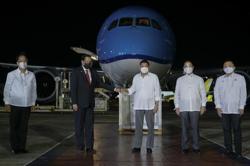 We need to decrease our sugar intake
This is the best bedtime routine for kids
Using genes in the detection and prevention of Covid-19
When disgust helps avoid infection
Our thyroid hormones can't be too high or too low, but just right for our health Premium
How to make kids take their medicine
Unusually high number of people naturally controlling HIV found in the Congo
How climate change affects our health, both directly and indirectly
Work out with these common household items
We still have unequal access to healthcare