Athletes who train intensively may also be stressing out their immune system and may benefit from immune-boosting supplements or foods. - AFP

Our immune system is a balanced network of cells that work together to defend against diseases, stopping threats like bacteria, viruses, fungi and parasites from getting into the body.

It is composed of billions of white blood cells, including macrophages, neutrophils, lymphocytes and natural killer cells.

However, factors like poor eating habits, environmental pollution, smoking, overweight, stress, lack of sleep and exercise can weaken your immune system, leaving you more vulnerable to diseases and infections.

Regular exercise, plus a healthy diet, can increase your levels of IgA, a protein in the immune system that fights infections.

Restorative (enough) sleep of seven to eight hours is recommended.

The flu virus is passed from one person to another through fluid droplets from the mouth and nose, which go into the air when you sneeze or cough.

Cover your nose and mouth with a tissue when you sneeze or cough to prevent passing on these germs.

Studies have found that stress is linked to many health problems, including suppressing your immune system.

Over time, it can make you more susceptible to illnesses and chronic diseases such as diabetes and heart disease, which can “age” the immune system.

As you grow older, your immune system tends to become weaker or less efficient.

Senior citizens can supplement their diet with immune-boosting nutrients such as yeast beta glucan, which can optimise the immune system’s response to infections and diseases.

Around 70-80% of our immune system resides in the gut.

A bacterial imbalance in the gut can offset the chemical composition of the immune system, leaving you open to infections and diseases.

There are people who are born with primary immunodeficiency disease that affects the body’s ability to defend against infections.

Alternatively, their immune system could have been weakened due to diseases or medical treatments.

If you always fall sick easily, please seek medical advice to find out the cause, prevention or treatment.

Harmful addictions like smoking or excessive drinking can negatively affect your immune system.

Smokers can get respiratory infections easily, while alcohol can diminish your immune system’s initial response to foreign intrusion and reduce the number of T and B cells responsible for producing antibodies.

A safe and preventive way to strengthen the immune system, fight diseases and promote good health is to supplement your diet with an immune-supportive supplement such as whole glucan particle (WGP).

Some also come with additional vitamin C antioxidants, which provide synergistic benefits and greater protection for your immune system.

WGP is a special form of beta glucan derived from the cell walls of a strain of baker’s yeast known as Saccharomyces cerevisiae.

Beta glucan is a form of soluble dietary fibre that is noted for its ability to prime and boost the immune system, as well as to protect against free radical damage to our cells, tissues and organs.

It is also classified as an immune-modulator as it “modulates” or “changes” the immune system to make it as efficient as possible by activating every immune system cell in the body to be alert and destroy foreign microorganisms.

In addition to clinical research demonstrating its protective benefits, numerous studies have also shown WGP’s mechanism of action in the body at the cellular level.

Through an evaluation of 300 potential immuno-boosters by the Departments of Defence of major NATO (North Atlantic Treaty Organization) members, WGP scored the highest.

In a 2008 study published in the journal Medicine & Science in Sports and Exercise, researchers at the University of Montana, United States, found that there was a 23% reduction in upper respiratory tract infection among wildland firefighters who took WGP, as well as increased vigour, less fatigue and better mental clarity.

Firefighters are constantly exposed to dangerous hazards, fire, smoke, stress and poor nutrition – all of which can weaken the immune system.

A landmark study published in the Journal of Immunology showed how fluorescently-labelled WGP travels through the body and ends up binding to neutrophils, priming them to be more effective in killing pathogens.

Those who fall sick often, work in high-risk environments such as hospitals and clinics, and are stressed constantly, as well as athletes who work out intensively, could potentially benefit from this clinically-tested WGP beta glucan.

This article is courtesy of Live-well Nutraceuticals. For more information, email starhealth@thestar.com.my. The information provided is for educational purposes only and should not be considered as medical advice. The Star does not give any warranty on accuracy, completeness, functionality, usefulness or other assurances as to the content appearing in this column. The Star disclaims all responsibility for any losses, damage to property or personal injury suffered directly or indirectly from reliance on such information. 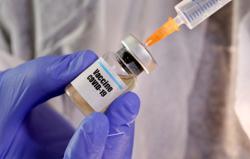 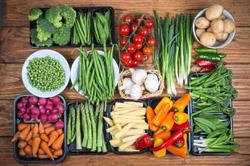 Smart Tag is not smart at all toll booths