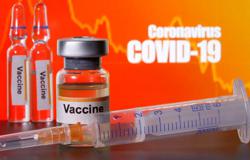 Through the span of roughly a year in college, I had awoken something inside me that I never knew existed.

A whiny, hostile and alarmingly crass monster that lurked under the veil of a calm and composed human being. This monster, or rather alter ego I’d taken to calling “Veronica”, only surfaced when I relinquished control of myself.

And once “Veronica” took the reins, she wreaked utter havoc – throwing tantrums, crying over the most miniscule of problems, and was what my mother would sum up as “an utter pain in the a**”. And that led me to wonder: Was this an identity crisis?

Veronica was the epitome of everything I strove NOT to be; she was difficult and incredibly needy, constantly seeking attention from those around her. It was very alarming.

One minute, I’d be hunky-dory, grinning at some witty meme on the Internet, and the next moment, I’d be weeping buckets over something as silly as my uneven handwriting. There wasn’t ever a moment of peace once her voice began to curl inside my head, preying on my insecurities and demeaning my achievements.

So what was it about college that conjured up this odd incarnation of myself?

I was always, and still am, somewhat of an overachiever. It was my parents who first ingrained in me the importance of working hard, and fed me the narrative that excessive hard work was equivalent to happiness and stability which fuelled my thirst to go beyond my limits. And so my undying need for perfection slowly turned unhealthy.

I began to avoid my friends and family, rarely leaving the four walls of my room but rather sat fixated on perfecting each assignment, telling myself that these tiny sacrifices would pay off in the end.

It really didn’t take much to spur this mindset on, with false promises of de-stressing once I had some time off. My brain, my body, my conscience implored me to slow down, but I remained indifferent. I thought I knew what I was doing, that I had control. Or did I?

Then about five months in, I began to see the pattern behind it all. The lack of sleep, the constant paranoia, the countless cups of coffee and the reserved attitude – all part of the recipe I’d concocted to create my demon.

Mental breakdowns were my new best friends and I felt continuously on the verge of tearing my hair out, and essentially pulling off a 2007 bald Britney Spears, fully decorated with rage and rash decisions.

College threw me off-guard in a lot of ways and left me unprepared for such foreign situations. Never had I done research papers before. Or created citations. Or even heard of plagiarism checks. How could I tackle this? I figured if I gave up a couple of routines to spend extra time on college tasks, I’d be on the right track.

My competitive nature and desperate attempts to keep up with college made me forego the simple things that kept me relatively happy. Everyday mundane actions like seeing friends, watching movies, listening to music, working out, talking to family, eating, sleeping – the things that had remained consistent in my everyday life – slowly became entirely unimportant.

And lo and behold, Veronica was born, the amplified version of my grievances.

It was extremely detrimental. I was painfully aware of the lonely aura around me, and it grew more and more suffocating as the days went by. It got to a point where that’s all I could ever talk about: the lack of sleep and the constant workload that I had to juggle.

But I couldn’t bear to slow down and halt all the progress I’d made, for the toil and sweat I’d put in so far would have been for nought if I fell back. Yet I knew I had to tame her.

Every time I felt the urge to burst into tears, I’d instinctively take a breather or a timeout to clear my mind. Often, I’d settle down for an episode of my favourite comedy show and wait out the distressing period. At other times, I’d take a reflective walk, preferably far away from my workspace, to clear my head.

Meeting or making plans with friends did inject some positivity into the nauseating lifestyle, and added some colour into the dull areas. It was the simple things that brought some cheer and order into my routine.

This cycle of reversion helped lift the weight off my chest and allowed me to see the bigger picture in a more rational sense. But I can’t say it was easy. Having to prioritise myself over my goals morally drained me as I began to question where my needs began and where my ambitions ended.

How could I differentiate between what I wanted and what I really needed? Sometimes the line between them is blurred because we often associate our desires with our essentials.

Looking back now, it seems easier to make light of the situation than to recall the anguish and the self-inflicted stress I’d nearly been consumed by.

In hindsight, Veronica served as a reminder for that much-needed me-time, a reminder that I needed to decriminalise all the simple routines I thought were holding me back from achieving greater success.

I learned the importance of self-care. Even though it is still a struggle to maintain a balance, I finally feel like I’m on the winning end of this chaotic trip. My alter ego’s ghost still haunts me from time to time, resurfacing when I least expect it, but it’s a good thing I secured a leash on her before she did on me because, then, I doubt there would be any me left in the end.