A doctor examines a chest x-ray. One of the cancers immunotherapy has been successful in treating is non-small cell lung cancer. — Photos: AFP

The immune system is our body’s armed forces, designed to defend our body against all intruders that seek to harm us.

So, why doesn’t it seem to work when it comes to cancer?

Well, the answer is that cancer cells can be really crafty, employing a number of strategies to avoid being sought out and destroyed by our body’s soldiers.

That is why we humans had to get even craftier.

Immunotherapy is a form of cancer treatment that helps our immune system in its fight against cancer.

According to consultant clinical oncologist Dr Tho Lye Mun: “Immunotherapy is probably the biggest, most exciting breakthrough we’ve had in cancer for a long, long time.”

He adds: “The success story of immunotherapy is in melanoma, but we don’t get a lot of that in Malaysia.

“But we get a lot of lung cancer. It is the number one cancer killer of men in Malaysia, and the third for women after breast and cervical cancer.

“And that’s where immunotherapy has had the greatest impact (in Malaysia).”

He explains that immunotherapy was initially used as second-line treatment after non-small cell lung cancer (NSCLC) patients had failed to improve after chemotherapy or targeted therapy.

However, immunotherapy has proved to work so well that it is now a first-line treatment.

According to Dr Tho, the majority of patients who are suitable for immunotherapy now receive it as their first treatment.

Pembrolizumab, also known by the brand name Keytruda, is a type of immunotherapy known as a checkpoint inhibitor.

A checkpoint inhibitor is basically a monoclonal antibody that blocks proteins that stop the immune system from attacking the cancer cells.

A monoclonal antibody is a type of protein made in the laboratory that is produced by a single cell line and only binds to one substance, i.e. one particular antigen.

Dr Tho explains: “When tumour cells exist and when they die, they release antigens into the bloodstream, and these are picked up by antigen-presenting cells.

“These cells then travel to the lymph node where they ‘educate’ or prime T-cells (a type of immune cell) to recognise the antigens.

“These T-cells then exit the lymph nodes into the bloodstream and travel to the tumour, where they recognise it and kill it.”

However, some tumour cells have cleverly managed to incorporate a protein called programmed death-ligand 1 (PD-L1) into themselves.

According to Dr Tho, PD-L1 exists in nature to prevent T-cells from recognising our own cells as foreign and killing them.

T-cells have a receptor called programmed cell death protein 1 (PD-1) that fits specifically with PDL-1. This is the signal to the T-cells not to attack the cell with PDL-1.

So, cancer cells that express PD-L1 are actually disguising themselves – or putting on a mask, as Dr Tho says – as one of the body’s normal cells in order to avoid being killed by our T-cells. 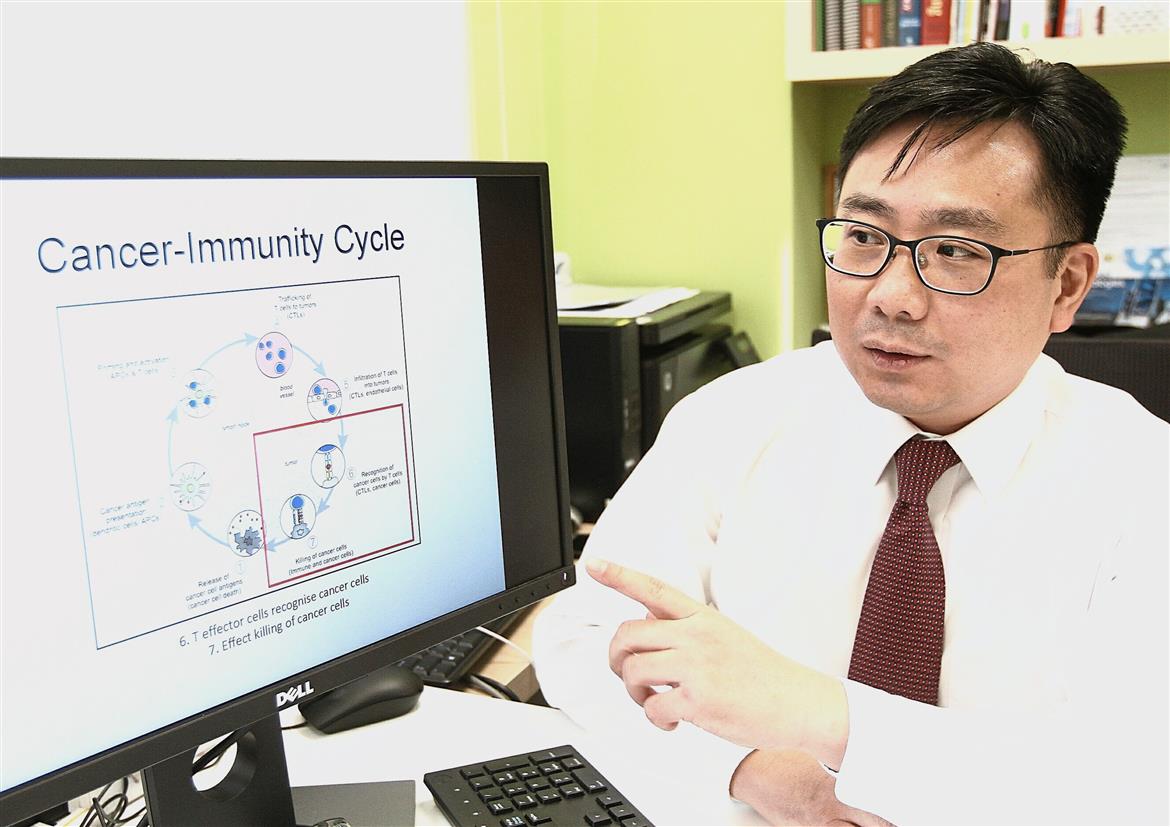 Dr Tho explains how cancer cells trigger the immune system. According to him, the problem is not that cancer patients do not have a strong enough immune system, but that the immune cells are unable to recognise the cancer cells due to a number of reasons. — AZLINA ABDULLAH/The Star

Pembrolizumab and nivolumab are immunotherapies that block PD-1 from fitting with PD-L1, allowing the T-cells to go ahead and kill the cancer cells.

Pembrolizumab was recently approved in Malaysia as a first-line treatment for metastatic NSCLC where over 50% of the cancer cells express PD-L1.

It is also approved as both first- and second-line treatment for unresectable or metastatic melanoma, and recurrent or metastatic head and neck squamous cell carcinoma, which has progressed while either on or after receiving platinum-containing chemotherapy.

Meanwhile, atezolizumab, also known by the brand name Tencentriq, is an immunotherapy that works by blocking PD-L1 itself, effectively “unmasking” the cancer cells and allowing the T-cells to recognise them as “foreign” and kill them.

It was approved recently in Malaysia for the treatment of metastatic NSCLC, which has progressed while either on or after receiving platinum-containing chemotherapy.

Explains Dr Tho: “This CTLA-4 inhibitor acts at the lymph node level. They basically cause the T-cells to be up-regulated.

“They are not specific (to the cancer), they turbocharge the T-cells, overwhelming the cancer with large forces.”

He adds that while ipilimumab, which is used to treat advanced melanoma, is not approved in Malaysia, it has been allowed to be used in certain cases.

Occasionally, our body’s T-cells do not even know that there is a cancer in the body as they cannot get to the tumour, due to various reasons.

In cases like this, Dr Tho says that radiotherapy comes in handy.

“This is why we now have a lot of studies combining radiotherapy with immunotherapy – this is the next wave.”

However, checkpoint inhibitors do not work in all situations.

For example, it does not work in NSCLC that have driver mutations like EGFR (epidermal growth factor receptor), ALK (anaplastic lymphoma kinase) and ROS1.

Dr Tho explains that a driver mutation is an oncogene that produces a protein all the time – it has no off switch.

“The normal proteins in our body, if it’s done its job, the body can send a negative feedback signal to say, ‘Ok, right, you’ve done your job, you can stop now.’.

“But these overactive proteins just keep working and working and never stop, and this causes the cancer to develop.”

He adds: “In those situations, immunotherapy doesn’t work. What you need is a treatment for that particular gene, to tell them to stop working.”

This treatment is known as targeted therapy.

Immunotherapy is also not without its side effects.

“The side effects of immunotherapy are basically ‘-itis’, which means inflammation, and it can happen in any part of the body, so that is a scary thing.

“So, immunotherapy is not something benign, you can overstimulate the immune system to such an extent that it basically destroys the own body, so that is the caveat,” he explains.

Due to this, Dr Tho recommends that any doctor wanting to prescribe immunotherapy needs to be aware of how to manage its toxicities, adding that there are many guidelines available on this.

“So, I would say, if a hospital wants to embark on an immunotherapy programme, they must have a structure in which all the other clinicians are involved, so it’s not just oncology.

“And the accident and emergency doctors need to be aware that the symptoms the patient gets may be due to immunotherapy,” he says.

He shares that there have been certain cases where a cancer patient on immunotherapy has come in with a cough to the emergency department and been prescribed antibiotics.

“Then they go home and they die. Because they didn’t have a chest infection, what they were having was an autoimmune reaction – the right treatment is steroids,” he says.

“So this has to be disseminated throughout the whole hospital, not just the oncologists. We give patients alert cards, so that they know what they are on and can present it to the physician that they see.”

Dr Tho also notes that because immunotherapy is quite new in Malaysia, there are two things patients should be aware of.

One, that there are some unscrupulous people offering what purports to be immunotherapy, but is not – “they’re just trying to make a fast buck”.

And two, that there are doctors prescribing immunotherapy, who might not be trained to do so, and this can be very dangerous for patients due to the side effects. 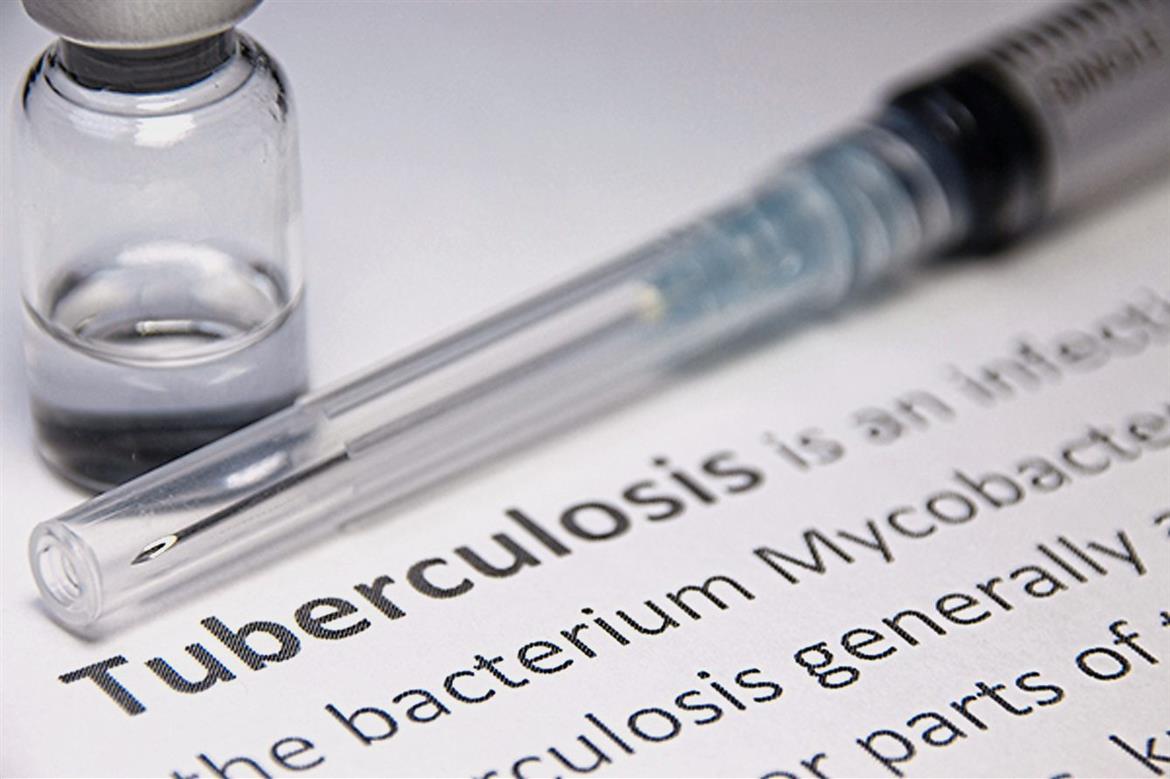 The tuberculosis vaccine is now also used as a cancer vaccine to prevent the recurrence of early-stage bladder cancer.

Cytokines are proteins that are important in cell signalling and can affect the behaviour of other cells.

Cytokines like interferon-alpha have been used to treat kidney cancer, melanoma, multiple myeloma and certain types of leukaemia, while interleukin-2 has been used for kidney cancer.

However, Dr Tho says: “In kidney cancer, cytokine therapy such as interferon-alpha has largely been superceded by newer and more effective targeted agents (such as VEGF inhibitors) and checkpoint inhibitors.

“Older therapies such as high dose interleukin-2, even though associated with very good responses in some patients, resulted in significant side effects, and sometimes even ICU (intensive care unit) admissions and fatalities.”

Cancer vaccines are another form of immunotherapy under development.

In fact, one familiar vaccine – the BCG (Bacillus Calmette–Guérin) vaccine for tuberculosis – has been repurposed to prevent recurrence in early-stage bladder cancer.

Dr Tho adds: “Limited success has been achieved with the vaccine sipuleucel-T, which is prostate cancer- specific, and talimogene laherparepvec (T-VEC), an oncolytic virus therapy, and both therapies are now approved by the US FDA (Food and Drug Administration).”

However, various vaccines for lung cancer have failed at the clinical trial stage.

According to Dr Tho, the most innovative and exciting type of immunotherapy currently under development is adoptive cell therapy, specifically chimeric antigen receptor (CAR) T-cell therapy.

This therapy involves removing the body’s own T-cells and genetically-engineering them to express a CAR that only fits a certain protein on the cancer cell.

With this specific recognition ability, the CAR-T cells can zoom in and kill the cancer cells when infused back into the patient.

Dr Tho adds that certain Malaysian cancer centres have collaborated with Singapore’s National Cancer Centre to offer the first-ever CAR-T cell therapy for advanced nasopharyngeal cancer patients, which is a disease prevalent in this region.

“The trial has completed recruitment in Malaysia and we are all eagerly awaiting the final results,” he says.