The Malaysian healthcare system has made tremendous progress since Merdeka. However, in the past decade, it has lagged behind the other Asian Tigers, and other regional countries have caught up.

Disturbing reports have raised questions on how far the healthcare system is on its way to the “intensive care unit”.

Since 2000, some of the health indicators have not improved to the same extent as other regional countries. An example is the maternal mortality ratio (MMR), which did not achieve its millennium development goal of 11 per 100,000 live births by 2015 (http://un.org.my/upload/undp_mdg_report_2015.pdf).

Sri Lanka, which together with Malaysia had previously been held up by the World Bank as an example to learn from, (Source: World Bank. Investing in maternal health: Learning from Malaysia and Sri Lanka 2003) had the same MMR as Malaysia in 2000, but its MMR was lower than Malaysia’s in 2015 (Source: WHO, UNICEF, UNFPA, World Bank Group and UNPD [MMEIG] - November 2015).

The mortality outcomes within ethnic groups were less favourable among the poor and premature mortality was concentrated among the poor of every ethnic group. (Source: Are the Poor Dying Younger in Malaysia? An Examination of the Socioeconomic Gradient in Mortality. PLoSONE 2016 11[6]: e0158685. doi:10.1371/journal.pone.0158685)

A Health Ministry and University of Malaya team surveyed primary care clinics from June 2011 to February 2012 and reported that, “Within the public sector, the distribution of health services and resources was unequal and strongly favoured the urban clinics.” (Source: Chasm in primary care provision in a universal health system: Findings from a nationally representative survey of health facilities in Malaysia. PLoS One. 14 February 2017;12[2]:e0172229)

A multi-institutional team, which studied current health coverage in catastrophic illnesses that inevitably incur catastrophic health spending, found that the coverage was “practically none for HCV, stroke, psoriasis and epilepsy surgery. Coverage of targeted therapies for solid cancers, knee replacement surgery, anti-TNF for arthritis and coagulation factors for haemophilia were poor while iron chelation for thalassemia, coronary revascularisation, epoetin and anti-retrovirals were barely adequate”. (Source: The elephant in the room - Universal coverage for costly treatments in an upper middle-income country www.biorxiv.org/content/early/2017/11/09/214296).

An ASEAN study found that the proportion of previously solvent patients who experienced economic hardship following a cancer diagnosis was highest in Malaysia (45%) and Indonesia (42%), and lowest in Thailand (16%). (Source: Policy and priorities for national cancer control planning in low and middle- income countries: Lessons from ASEAN Costs in oncology prospective cohort study. European Journal of Cancer. 6 February 2017.)

The most recent indictment came from a UNICEF study which reported that children residing in Kuala Lumpur’s low-cost flats had a “relative poverty rate of almost 100%”.

They reported that “12 in 100 children had less than three meals a day; of the children under five years, 15 in 100 were underweight; 22 in 100 were stunted; 20 in 100 were wasted; and 23 in 100 were overweight or obese; malnourishment is a major concern in Malaysia – one in five is stunted and one in 10 is underweight... In terms of stunting, Malaysian children perform worse than Ghana, despite Malaysia’s GDP per capita being six times higher.” (Source: United Nations Children’s Fund [UNICEF] Malaysian Children without – A study of urban child poverty and deprivation in low-cost flats in Kuala Lumpur. February 2018 pages 9, 50 and 51)

There is no national data on medical errors, which is one of the commonest cause of mortality (third in the United States) and morbidity in many countries.

Six patients lost their lives and others were injured in the Sultanah Aminah Hospital fire in 2016. The Dewan Rakyat was informed in March 2017 that the Health Ministry requested additional expenditure of RM345 million to upgrade 78 hospitals and change the wiring systems for 95 hospitals.

That there has been no further news is deafening.

Non-communicable diseases (NCDs), which are responsible for 73% of deaths, with 17.5, 30.3, 47.7 and 47.7 in 100 people affected by diabetes, high blood pressure, high cholesterol and overweight/obese respectively in 2015, are a huge drain on resources.

Yet the Health Ministry’s target for 2025 is that there be no increase in the prevalence of hypercholesterolaemia from the 47.7% in 2015 (Source: National Plan of Action for Nutrition of Malaysia 2016-2025 page 82).

Whilst the reduction of the prevalence of hypercholesterolaemia may appear daunting, the consequences of not even trying are incomprehensible.

Despite the report, the 1Malaysia clinics were launched and expanded with no doctors in attendance in the vast majority.

Middlemen in healthcare continue to take a share of the healthcare ringgit despite no published data that patients have benefited. Reports of drug unavailability and shortages as well as interference with clinical care of patients are common.

There are too many medical schools and graduates, with the waiting period for a housemanship training post varying from six to 12 months.

What happened to manpower planning?

The current situation is well summarised by the Harvard TH Chan School of Public Health’s March 2016 report “... Malaysia demonstrates a classic case of asymmetric transition, where the rapid transitions in context have not been matched with a corresponding transition in the health system to better address the current and future needs of the population.”

A government doctor’s statement on April 9, 2018, is illuminating: “Drastic action is needed with regards to hospital maintenance and administration. Forget the newfangled programmes, strategies and what-not if even simple things like fixing a lamp can’t be done.” (Source: https://m.malaysiakini.com/letters/419082)

The healthcare system is encountering considerable complex challenges. As healthcare involves everyone, its strategies and solutions require the involvement of all stakeholders, not just policy-makers.

This is vital to achieving universal health coverage (UHC) that supports the United Nations Sustainable Development Goals, the theme of the 11th Malaysia Plan.

Malaysia subscribes to the World Health Organization’s priority objective of UHC, which is “ensuring that all people have access to needed promotive, preventive, curative and rehabilitative health services, of sufficient quality to be effective, while also ensuring that people do not suffer financial hardship when paying for these services”. Whether Malaysia still has UHC has to be re-visited.

There is a strong case for the establishment of a Royal Commission on healthcare to inquire into and report upon the existing and future need for safe and quality healthcare services and the resources to provide such services; and to recommend the necessary measures to ensure that everyone stay healthy, continue to have access to UHC, and that no one is left out.

Dr Milton Lum is a past President of the Federation of Private Medical Practitioners Associations, Malaysia and the Malaysian Medical Association. The views expressed do not represent that of any organisation the writer is associated with. The information provided is for educational and communication purposes only and it should not be construed as personal medical advice. Information published in this article is not intended to replace, supplant or augment a consultation with a health professional regarding the reader’s own medical care. The Star disclaims all responsibility for any losses, damage to property or personal injury suffered directly or indirectly from reliance on such information. 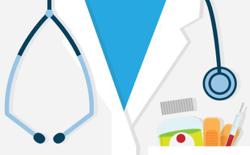 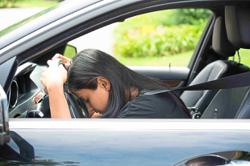