Once thought to be an incurable chronic disease, clinical evidence is showing that it is possible to stop diabetes in its tracks, and even reverse its progress, if patients can lose their excess weight. — 123rf.com

Yes, it is possible to reverse diabetes. All it requires is a structured nutrition plan, sufficient exercise and proper support.

Sounds simple enough, and indeed, this is what any doctor worth their salt will be advising their diabetic patients to do.

“So, to combat this, doctors need to impart advice on diet, physical activity, as well as medication.

Associate Professor Dr Osama Hamdy, who is the Obesity Clinical Program medical director for the Joslin Diabetes Centre in the United States, explains why.

“You’d be surprised that only a few kilograms of weight gain can create the entire problem if that person has the genes and the family history for diabetes,” he says.

One kg of extra weight means more glucose is required to fuel the body, which means that more insulin has to be produced as insulin is the key that allows glucose into the body’s cells.

Those with the predisposing genes will eventually start to develop insulin resistance with this increase in insulin levels.

The pancreas will then start to secrete more insulin in order to overcome that resistance.

And here comes the truly insidious part: “The problem is that insulin is a growth hormone, which will make that person gain even more weight,” says Assoc Prof Hamdy, adding that this then creates a closed loop of weight gain and insulin resistance.

Overweight and obesity are definitely factors in the Malaysian context as Dr Zanariah observes that there tends to be a progressive increase in weight as the diabetes patients here progress in their disease.

In addition, she notes that an increase in weight is usually also accompanied by an increase in blood pressure and cholesterol levels – all important cardiovascular disease risk factors.

“We find that the major challenge in our country is that to get all these factors down – of course, primarily blood glucose, but also blood pressure and lipids in that same diabetic patient – is very difficult, and is sometimes, quite elusive.

“All this amounts to a higher complication rate overall,” says the Hospital Putrajaya Department of General Medicine head.

However, with weight gain being a key trigger in diabetes, it follows that weight loss might also be the key to stopping or reversing the progress of the disease.

In fact, Assoc Prof Hamdy shares that a study he and his team did about 15 years ago showed that losing about 7% of body weight for those who are obese and experiencing insulin resistance, would increase their insulin sensitivity by 56.8%.

The study published in the journal Diabetes Care in 2003, followed the 24 participants through a six-month programme combining a low-calorie diet and moderate physical activity.

“I tell you, I was shocked when we did that study,” he says.

“I said, you know, if they become (insulin) sensitive again, those people can be cured. This means diabetes can be reversed.

“But then the problem is, how can we do it?”

He says that instead of the usual method of continually adding medications to help control blood glucose levels, a new philosophy for treatment is needed.

“The new philosophy is to target body weight, to target the waistline – how do we help people to lose weight, to decrease their waistline?”

To this end, he created a weight loss programme called Why WAIT (Weight Achievement and Intensive Treatment).

This 12-week programme revolves around dietary modification that includes low-calorie meal plans and replacing meals with diabetes-specific nutrition formulas, an individualised exercise plan that starts with 20 minutes three to four days a week and gradually increases to 60 minutes five to six days a week, and weekly group behavioural support sessions conducted by a clinical psychologist or behavioural therapist.

“I was shocked by the first results,” he says. “But over time, the results were repeated again and again.”

“I think this is the best way to approach the disease: to tell your patients exactly what to do,” he says.

For nutrition, Assoc Prof Hamdy explains that the idea is not to deprive patients of food, but to help them identify which foods make their diabetes worse and which help them.

While there are medications that can help achieve that same amount of weight loss, he notes that taking drugs will not help to decrease blood pressure or blood cholesterol, and may have side effects.

For exercise, he says: “People need to do three types of exercise.

“They need to do stretching exercises to make their muscles more flexible. All they need to do is 10 minutes every day – you can do it when you wake up in the morning.

“Then you need aerobic exercise - this is cardiovascular exercise. It can be just brisk walking, and people can do it during the day – say, 10 minutes after lunch, and you can do it at your place, no need to go out in the hot weather.

“Then you need strength exercises to build the muscles. People can use resistance bands or lift weights, and you can do it in the evening, in front of the television, for 10 minutes.”

He adds that it is very important to exercise every single day, and suggests linking exercise to a regular routine, e.g. waking up and stretching, lunch and brisk walking, or watching television and lifting weights.

He notes: “Psychological research found that if you repeat anything for 66 days, it becomes a habit.”

According to Assoc Prof Hamdy, those on the programme lost an average of 10% of their body weight in 12 weeks, decreased their HbA1c levels (the gold standard measurement for blood glucose levels) from an average of 7.5% to 6.5%, and cut their medications down by 50%-60%, with 21% managing to stop taking insulin altogether.

A follow-up study five years later found the participants from the first three years of the programme had managed to maintain an average weight loss of 6.4%.

However, only those who maintained a loss of more than 7% body weight one year after the programme managed to maintain a lower HbA1c level; the others saw theirs increase to 8%.

The question is, of course, can this be replicated in Malaysia?

According to a one-year study done by Prof Dr Winnie Chee and her team from the International Medical University (IMU), the answer seems to be yes.

With the participation of 230 diabetes patients from Klinik Kesihatan Seremban (Health Clinic) in Negeri Sembilan, they managed to show that the use of a transcultural diabetes-specific nutrition algorithm (tDNA) adapted for the Malaysian context had better results than the standard dietary and physical exercise advice given by dietitians.

The tDNA was developed by an international panel of experts as a tool to assist in the management of diabetic and pre-diabetic patients, based primarily on nutrition therapy.

One of its main features is that it is adaptable to different cultural, geographical and genetic aspects.

Malaysia is the first country to adapt and study the effectiveness of the tDNA in a local context.

Similar to the Why WAIT programme, the structured lifestyle prescription proposed by the tDNA includes fixed low-calorie meal plans, the use of diabetes-specific nutrition formulas for one or two meal replacements a day, exercise for a minimum of 30 minutes daily for five days a week, and counselling.

The difference between the two forms of counselling is that MI shows empathy through reflective listening, adjusts to patient resistance and supports self-efficacy and optimism, while CC focuses on education, persuasion and encouragement.

After that, all patients were followed-up at three-monthly intervals to check on their progress.

Shares Prof Chee: “The main outcome we looked at was weight.

“In terms of weight, at three months, everyone lost weight, and at six months, the group on the tDNA lost a lot of weight.

“They lost, in terms of percentage, about 5% from the baseline, and those with motivational counselling lost a lot more, about 6%.”

While, as most weight-loss studies show, the participants regained some of their weight after the active part of the programme, those on the tDNA-MI maintained a significant weight loss of 4.6% from the baseline one year after the study started.

However, those in the tDNA-CC group only maintained a 1.2% weight loss, while those receiving standard care had gained 0.5% over their previous weight.

Similarly for blood glucose levels as measured by HbA1c, all the participants showed a drop below their original HbA1c up to six months of the study.

“But after that, because the weight went up, the blood glucose went up as well.

“But again, with motivational counselling, the blood glucose remained at 0.5% below the baseline (at one year),” says Prof Chee.

Both the tDNA-CC and standard care groups showed an increase of 0.1% in their Hba1c levels at the same time.

Prof Chee adds that there were also significant improvements in both tDNA groups for waist circumference, body fat and blood pressure at six months.

“The best news of all is their medication.

“They were taking up to two or three anti-diabetes tablets.

“And what we found was that those who had standard care, 34.7% had to increase their medications, and the doctors even had to start insulin for some of the patients.

“For those with motivational counselling, 19.6% managed to stop one medication, so they were very happy. And those who joined the programme were those whom the doctor had said, I think next time, you will have to start insulin.

“And same with those with conventional counselling, 12.5% decreased their medication.

“So that was the key thing for them, aside from feeling much better,” she says.

She notes that patients like how decision-making is simplified for them as they only need to choose from the meal plans.

“Of course, they are allowed to make changes here and there, but we also teach them how to eat better – learn to eat more vegetables, more fruits – and make the dietary changes easier to follow,” she says.

However, she emphasises that the motivational way of talking to patients is a crucial component to the success of the programme.

With 70% of cases seen by dietitians having diabetes, Prof Chee recommends that her colleagues look into taking the structured lifestyle approach for their patients, and crucially, combining it with motivational counselling.

Dr Zanariah, Assoc Prof Hamdy and Prof Chee were speaking to the media in conjunction with the announcement of the results of Prof Chee’s study, which was published online in the journal BMJ Open Diabetes Research & Care last September.

The study was supported by Abbott Malaysia. 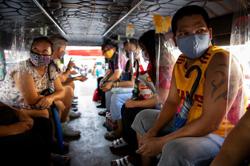 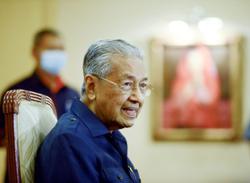