Dengue cases nationwide have spiked to alarming levels, with 3,337 cases reported in the first week of 2016 alone. That’s 1,000 cases more than the average of 2,300 cases per week last year.

Statistics show that most of the patients are children and young adults, possibly due to their active lifestyles (spending more time) outdoors, which increased their exposure to Aedes mosquitoes.

Looking at the statistics, it’s hard not to worry about the safety and health of your family – and with good reason. Dengue is no joke – from January 3, 2015, to Jan 6 this year, a total of 336 people have died of dengue.

Having a family member stricken by dengue can have a disastrous and enduring impact. Affected by high fever, lethargy and intense pain, the afflicted are unable to leave their homes; going to work or attending school is often out of the question.

Other family members may have to stay at home to care for their sick relative, resulting in loss of income. In households already struggling to make ends meet, this represents a considerable burden.

Dengue is initially characterised by high fever (40°C), accompanied by at least two of the following symptoms:

• pain behind the eyes

Symptoms usually last for two to seven days, after an incubation period of four to 10 days following the bite from an infected mosquito. However, these symptoms may not occur in children.

In some cases, dengue becomes severe and potentially life-threatening. Dengue is usually characterised by high fever, but in cases of severe dengue, a decrease in temperature (below 38°C) may follow and can include other symptoms such as:

Steps that should be taken to reduce risk of being bitten include:

• Wearing long-sleeved shirts and pants when going outside

There is no specific medicine to treat dengue. Treatment usually involves lots of rest and timely supportive therapy; and close monitoring of vital signs and increased oral or intravenous fluid intake to prevent dehydration and shock.

No one is truly safe from dengue; not even if you’ve had dengue fever before. There are four distinct, but closely related, serotypes of the virus that cause dengue (DEN-1, DEN-2, DEN-3 and DEN-4).

If you recover from any one of these, you are only immune to that particular serotype and are only partially and temporarily protected from the others.

Furthermore, if you are infected by other serotypes, your risk of developing severe dengue may increase.

Major progress has been made in developing a dengue vaccine which could help reduce dengue prevalence among the four serotypes, with an efficacy of 60.8% according to clinical trials. It has also been shown to reduce the risk of severe dengue by 88.5% and significantly reduce the need for hospitalisation.

Last December, a dengue vaccine was successfully approved for marketing in Mexico, Brazil and the Philippines. It may be available in Malaysia sometime this year.

Datuk Dr Zulkifli Ismail is a consultant paediatrician and paediatric cardiologist. This article is courtesy of the Malaysian Paediatric Association’s Positive Parenting programme in collaboration with expert partners. This article is supported by an educational grant from Sanofi Pasteur (Malaysia). For further information, visit www.mypositiveparenting.org. 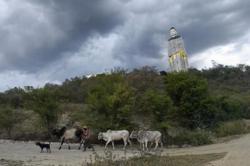 Myanmar registers 4,121 dengue infections, 32 deaths over 6 months of this year