Zika may be spread through sex, protect yourself this way

WHO updates their guidelines on sex as evidence shows that the Zika virus may be transmitted through intercourse. Photo: The Star/Raymond Ooi

The World Health Organization has released an interim guidance update underscoring the mounting evidence that sexual transmission of the Zika virus is not only possible, but more common than previously assumed.

The WHO notes that, as of May 19, 12 studies or reports have been published on the sexual transmission of the Zika virus.

Though the primary transmission of the Zika virus is via a direct bite from the virus-carrying mosquito, the WHO's latest update acknowledges the growing evidence for transmission through sexual intercourse.

To date, all published cases of sexual transmission have been traced back to an infected male.

While the majority of infection is still from mosquitoes, the WHO wants people to learn safer sex when one partner has been potentially exposed to the virus. Photos: AFP

The update reminds the general public to practice safe sex using a condom, particularly important for those living in areas where local transmission of the virus is known to occur.

Couples or women who have returned from a Zika-sensitive area are advised to wait at least eight weeks before trying to conceive to ensure that any possible Zika virus infection has been cleared. That extends to six months if the male was symptomatic.

Likewise, men and women returning from Zika-prone areas should also adopt safer sex practices or are advised to consider abstinence for at least eight weeks upon their return.

Zika may be spread through sex , protect yourself this way 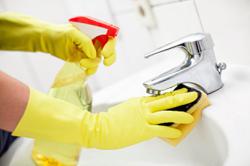 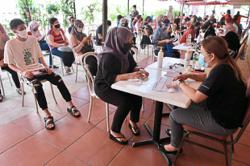