The status of health rights in Malaysia

Migrant workers, both legal and illegal, should not be deprived of their right to effective healthcare. Photo: Filepic

For a country that is only approaching 59 years of age, Malaysia has a pretty good healthcare system.

In fact, according to Health Ministry Planning Division senior deputy director and National Health Financing Unit head Datuk Dr Rozita Halina Tun Hussein, Malaysia has had universal health coverage since the 1980s (when Malaysia was in her 30s).

Also known as universal health care, this means that all Malay-sians have access to effective healthcare that does not expose them to financial hardship.

Dr Rozita, who was speaking on Universal Health Coverage in Malaysia at the recent National Symposium on the Right to Health held in Kuala Lumpur, shared that the latest National Health and Morbidity Survey (NHMS) in 2015 indicated that all socioeconomic classes had equal access to healthcare in the country.

In fact, she added that the poorest 20% of the population actually make use of more than 20% of the public health budget, which is financed via general taxation.

In addition, when calculated as part of the percentage of non-food expenditure in an average Malaysian household, healthcare expenses take up a very small amount, compared to other countries.

However, she added: “(Universal health coverage) has different dimensions that we look at, it’s not just about who gets healthcare; it’s also a shifting goal: what do they get in their healthcare and how much do they have to pay.

“Nobody said universal health coverage is free, and I think that’s a critical thing people have to understand.

“Somebody has to pay for it.”

For example, according to a 2015 survey comparing community perception of public and private healthcare services, Malaysians are unhappy with the price they have to pay for private healthcare, but it saves them time and allows them the choice of which doctor to see – two of the main complaints Malaysians have about public healthcare.

Dr Rozita also said: “I think what we need to understand when you look at health systems, moving forward, it’s not about who delivers healthcare.

“The issue is who’s going to finance and manage that healthcare system.”

And this, she added, is where the Government comes in.

“And so, when the issue of responsiveness comes up, are we able and willing to take that challenge to meet the demands of the future, and still keep the good reputation and progress that we have made?” she asked.

She noted that while we fare quite well against our Asean neighbours healthcare-wise, it is time we start benchmarking ourselves against OECD (Organisation for Economic Co-operation and Development) countries, which are a mix of developed and developing nations.

There are a number of healthcare challenges facing Malaysia, she said.

These include the faster growth of healthcare spending compared to wealth per capita; the high number of Malaysians ageing in ill health; and the increasing proportion of public hospital spending, compared to primary healthcare, especially in light of the growing numbers of chronic non-communicable disease (NCD) patients in the country.

“In summary, from a population outcome perspective, we see growing gaps in our healthcare, especially in terms of our rising burden of NCDs.

“We have a lot of avoidable premature deaths – the adult population is not attaining the life expectancy that we expect that Malay-sians could achieve if we tackle this (NCD) burden.

“We potentially have a worsening of financial risk protection with healthcare increasingly being funded directly out-of-pocket (30% of private healthcare expenditure) or through an inefficient private health insurance (70%).

“And we see this growing user dissatisfaction in healthcare delivery,” said Dr Rozita.

While the average Malaysian can depend on reasonable access to good healthcare at minimal cost in the public healthcare sector, this is not true for certain parts of the country’s population.

The afternoon sessions at the one-day symposium were devoted to the healthcare issues and rights of vulnerable populations like migrant workers, the lesbian, gay, bisexual and transgender (LGBT) communities, mental health patients, and the Orang Asli and Orang Asal communities.

With millions of them, both legal and illegal, residing in the country, their impact on Malaysia’s health and healthcare system is significant.

And that impact stems from the fact that they are unable or unwilling to seek out adequate healthcare when necessary.

For illegal workers, the obvious fear of being caught and deported deters many of them from seeing a doctor when they are sick.

Shared private general practitioner Dr Thong Kok Wai, who chaired the session on Global Health Issues in the Malaysian Context: “I have a hell of a time convincing (such) patients to receive treatment (for tuberculosis), even for free, because they don’t want to be noticed, to be deported by Immigration.”

With many migrant workers coming from countries that still have high rates of infectious diseases, this means that there is a healthcare time bomb sitting in our midst.

And increasingly more of these cases are multi-drug resistant tuberculosis (MDR-TB), which is significantly harder to treat.

In addition, many Malaysian prison wardens and immigration detention centre personnel are also exposed to infectious diseases from detained illegal migrant workers and refugees, and falling ill from them.

The introduction of full fees for foreigners at public hospitals, effective Jan 1, not only acts as an additional deterrent for illegal migrant workers who are uninsured, but also, legal ones who may be discouraged by their employers from utilising their Foreign Worker’s Health Insurance Protection Scheme.

Somasundram noted that migrant workers are also often forced to work long hours – in the case of one factory in his personal experience, up to 16 hours a day.

This not only affects the worker’s physical and mental health, but also increases the risk of worksite accidents, especially when so many migrant workers work with factory machinery.

Depression is common among migrant workers, who are often alone, lonely, lack time or money for leisure, and live in overcrowded conditions with little to no privacy.

Speaking after Somasundram, Pink Triangle chief operating officer Raymond Tai drew a comparison between migrant workers and the LGBT community, “Because of the situation in Malaysia, I would say about 90% of this (LGBT) community don’t express themselves; so they are invisible, just like migrant workers.”

Although sexually-transmitted diseases, in particular, HIV, and its associated social stigma, is still a large health concern for the LGBT community, Tai also pointed out that mental health and effects of self-medication have a significant impact on their health.

“Mental health is about suppression, repression and self-esteem issues. A lot of us fall into depression,” he said.

With sexual reassignment surgery banned in Malaysia, transgender individuals have resorted to self-prescribing their own hormone therapy, which can have serious consequences for their health.

Among the issues he highlighted were the current criminalisation of suicide attempts in the Penal Code, the lack of provision of mental healthcare in custodial settings like prisons, rehabilitation centres and immigration detention centres, and the lack of insurance coverage for mental illness.

“Patients not only feel stigmatised, but have to take out their own money for treatment,” he noted.

According to Centre for Orang Asli Concerns coordinator Dr Colin Nicholas, mental stress is also the most important factor affecting the health of Orang Asli communities.

The loss of their traditional lands and livelihoods creates tremendous mental stress among these peoples, leading to an increase in suicide attempts and alchoholism, among others.

Even ensuring that these peoples get adequate healthcare is quite tricky, not because of lack of physical access to healthcare facilities, but because they mistrust outsiders.

This first symposium of its kind was organised by the Malaysian Medical Association’s Human Rights Committee.

The status of health rights in Malaysia 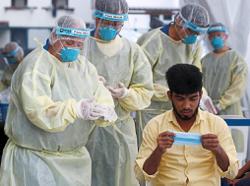 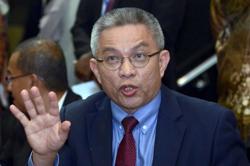