Going the alternative route in menopause

Studies have reported that acupuncture reduces the severity and frequency of hot flushes for up to three months. – AFP

Complementary and alternative therapies to help women with menopause are popular in many countries. However, there’re a few things to keep in mind.

MENOPAUSE is the cessation of a woman’s reproductive life, and its diagnosis is made when there has been no periods for 12 continuous months.

Complementary and alternative medicines (CAM) to help women with menopause are popular in many countries. However, the marketing claim that CAM are “natural” is no guarantee of its safety or efficacy. Ginseng has not been found to be better than placebo for menopausal symptoms in a randomised trial, but indicators of wellbeing and depression were reported to have improved. – Filepic

Yet, they are perceived by many as a safe alternative to hormone therapy (HT) when they should be used with the same caution as with all other medicines.

Some of the commonly used CAM are discussed below.

Phyto-oestrogens are plant substances, which have weak oestrogen-like effects, because they have a similar chemical structure as oestrogen. They are found in soybeans, soy products, red clover, oilseeds, whole cereals and legumes. The main groups are isoflavones and lignans.

Most Asian diets have a high concentration of isoflavones and many Asian women have been reported to have lower rates of menopausal symptoms.

However, the results of randomised controlled trials of soy and red clover derivatives in Caucasians are conflicting. Reviews of studies of soy products on menopausal symptoms has had inconsistent results.

Breast mammographic density, which is a risk marker of breast cancer, is not affected by phyto-oestrogens in short-term studies. Long-term studies of its effect on the breast are lacking.

Some concern has been raised about an association between soy products and breast cancer, but there is no evidence in the scientific literature to suggest this.

A number of plant-based products (herbs or botanicals) have been used to treat menopausal symptoms like hot flushes. Some of the commonly used products are black cohosh, dong quai and ginseng.

The quality of the research was not of a sufficient standard to determine its effectiveness.

Side effects, which are uncommon, include transient gastrointestinal upsets and rashes, typically with first-time use, and if it is taken for a limited period of time at the recommended dose.

More serious adverse events have included liver damage, which is thought to be very rare.

Black cohosh should not be used in combination with HT or antihypertensive medicines, or when there is liver disease.

Little is known about its long-term safety and toxicity.

Dong quai, which is commonly used in traditional Chinese medicine, has not been found to be better than placebo in relieving menopausal symptoms in a randomised trial.

Interaction with warfarin, a blood-thinning medicine, and photosensitivity reactions have been reported.

Ginseng has not been found to be better than placebo in a randomised trial, but indicators of wellbeing and depression were reported to have been improved.

It may increase high blood pressure. It should not be used with stimulants, blood-thinning products, diuretics or alcohol, as interactions have been reported.

There are also reports associating ginseng with postmenopausal bleeding.

Evening primrose oil contains large amounts of the fatty acid gammalinolenic acid. There is no evidence of its effectiveness in treating menopausal vasomotor symptoms.

It should not be used in epilepsy sufferers, or users of phenothiazines or blood-thinning products like aspirin, warfarin, vitamin E supplements, garlic and ginger.

Wild yam has not been found effective. It is dangerous for women to substitute wild yam or progesterone creams for prescribed progestogens when using combined oestrogen/progestogen HT, because such creams cannot counter the effect of oestrogen on the endometrium, which increases the risk of endometrial cancer. 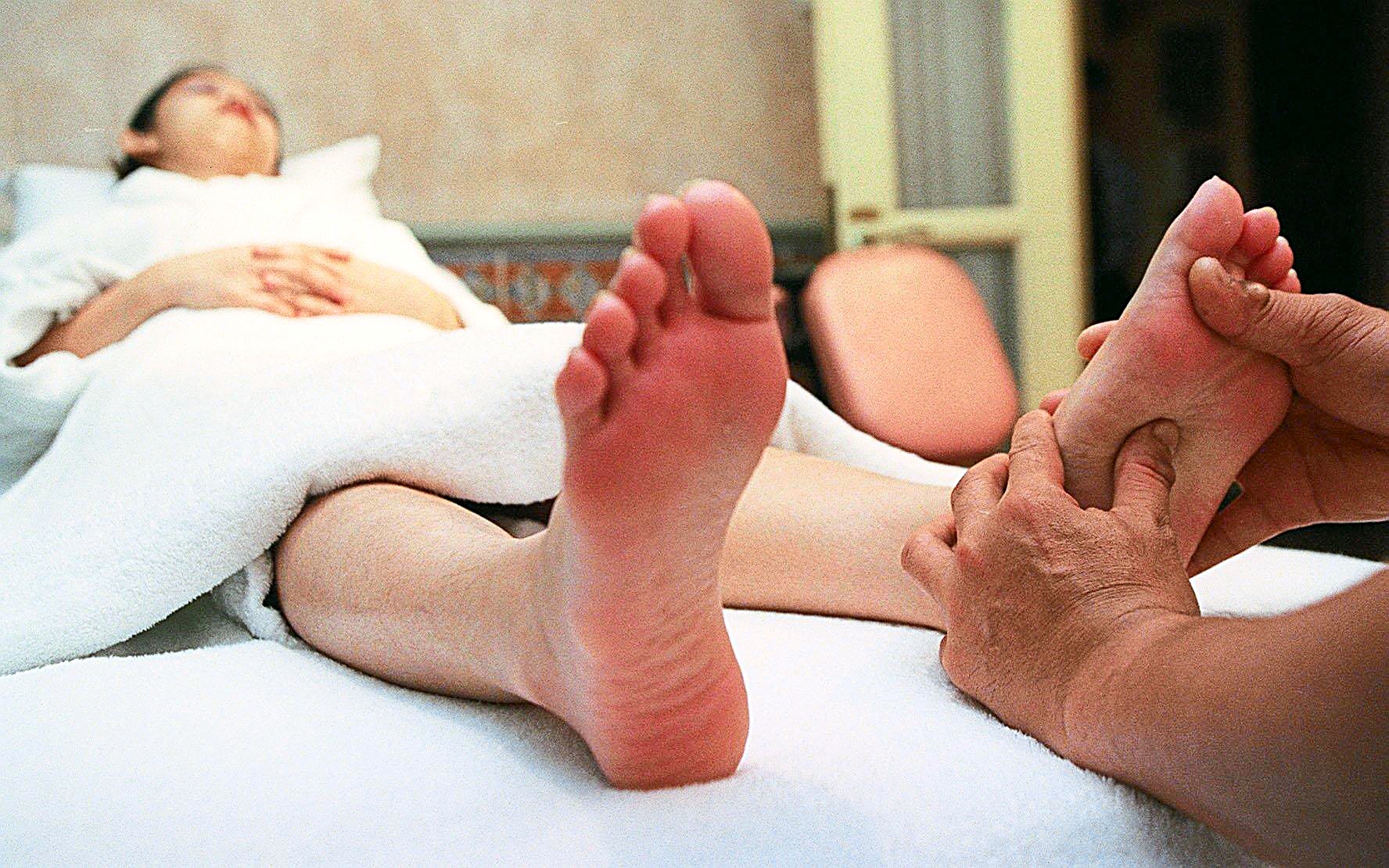 There are very few studies of the use of reflexology in menopause. It has been reported to reduce sleep disorders in menopausal women. – Filepic

DHEA, which is produced by the adrenal gland, is a precursor of oestrogen and testosterone. Its blood levels drop dramatically with age.

DHEA is classified as a food supplement in some countries. It is often used for anti-ageing effects, but there is no supporting evidence.

Some studies have reported benefits on the skeleton, cognition, well-being, libido and the vagina, but no effect on hot flushes. The short-term side effects are still controversial and possible harmful effects of long-term use are, as yet, unknown.

There are various complementary techniques that purport to treat menopausal symptoms. They include acupuncture, reflexology, hypnotherapy, etc.

There is very limited data available on these techniques and more research is needed to understand their possible effects.

Acupuncture has been used in various ways and has been shown to be effective in pain relief. Studies have reported that acupuncture reduced the severity and frequency of hot flushes for up to three months. Adverse effects, although infrequent, have been reported, and include hepatitis and air in the chest (pneumothorax).

Reflexology involves the application of pressure to specific sites on the feet to treat various conditions. There are very few studies of its use in menopause. It has been reported to reduce sleep disorders in menopausal women.

It is advisable for anyone considering CAM for menopausal symptoms to remember that:

– Although many dietary supplements and some prescription medicines originate from natural sources, “natural” does not always mean “safe”, because adverse effects have been reported. This has led to the issuance of warnings for some products by many drug regulators worldwide.

– A dietary supplement may contain several compounds, and its active ingredients may be unknown. It is essential to remember that what is on the label may not be what is in the bottle as analyses have found differences between the labelled and actual ingredients.

– It is vital to inform doctors and nurses of any CAM that one is using so that drug interactions can be avoided.

Regulatory mechanisms have been put in place by which medicines are registered for human use. The contrast between requirements in the assessment and development of pharmaceutical medicines and the minimal research with CAMs is striking.

A woman who is prescribed and dispensed CAM for menopause is entitled to be protected by regulators and provided information about the evidence upon which the CAM is believed to work.

Until research data that stands up to scientific scrutiny are available, the consumer has to remember to apply the same caution with CAM as with all other medicines.

Dr Milton Lum is a member of the board of Medical Defence Malaysia. The views expressed do not represent that of any organisation the writer is associated with. For further information, e-mail starhealth@thestar.com.my. The information provided is for educational and communication purposes only and it should not be construed as personal medical advice. Information published in this article is not intended to replace, supplant or augment a consultation with a health professional regarding the reader’s own medical care. The Star disclaims all responsibility for any losses, damage to property or personal injury suffered directly or indirectly from reliance on such information.