Can't sleep? It may be because you DIDN'T react to stress

Study identifies behaviours that cause insomnia.

In a first-of-its-kind study, researchers at the American Academy of Sleep Medicine explored the pathway that leads to short-term insomnia disorder after stressful events.

According to the study, dangerous coping mechanisms that could lead to insomnia include disengaging without confronting the stressor, turning to drugs and alcohol, and using media as a means of distraction.

“Our study is among the first to show that it’s not the number of stressors, but your reaction to them that determines the likelihood of experiencing insomnia,” says lead author Vivek Pillai, PhD, research fellow at the Sleep Disorders & Research Center at Henry Ford Hospital in Detroit, Michigan. “While a stressful event can lead to a bad night of sleep, it’s what you do in response to stress that can be the difference between a few bad nights and chronic insomnia.”

Nearly 3,000 subjects with no history of insomnia were interviewed about their coping mechanisms and asked to communicate their perception of the stressful situations in their lives.

One year later, those with short-term insomnia disorder were identified as having the corresponding, aforementioned reactions to stress, although researchers were also able to identify potential solutions to help circumvent insomnia during hard times.

“Though we may not be able to control external events, we can reduce their burden by staying away from certain maladaptive behaviors,” says Pillai.

According to researchers, mindfulness-based therapies seem able to help suppress the “mental chatter” that inhibits the onset of sleep.

“This study is an important reminder that stressful events and other major life changes often cause insomnia,” said American Academy of Sleep Medicine President Dr. Timothy Morgenthaler. “If you are feeling overwhelmed by events in your life, talk to your doctor about strategies to reduce your stress level and improve your sleep.”

Short-term insomnia disorder is identified as being unable to sleep at least three nights per week during a timeframe of less than three months.

According to the American Academy of Sleep Medicine, it occurs in 15% to 20% of adults and is more likely to occur in women than in men.

Meanwhile, a review of scientific studies earlier this year published in the Journal of the American Medical Association found that mindfulness meditation could provide slight relief from anxiety and depression in certain individuals.

The study on stress and insomnia was published in the journal SLEEP. 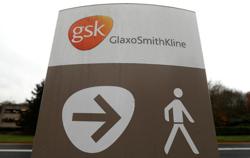 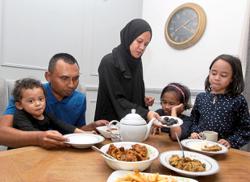 Here's how to get quality sleep during Ramadan