Childhood obesity is a potential time-bomb that threatens our nation’s future. Learn what steps you can take to address this issue.

Alvin is 14 years old and he weighs 89kg. He injured his leg during a PE (Physical Education) lesson at school recently and his doctors informed him that he is severely obese and they need to do further tests.

The next day, his blood test results showed that Alvin’s blood cholesterol and sugar levels were above normal, a sign that he may develop diabetes and early heart disease at this young age. His parents were shocked.

Childhood obesity affects one in seven children in Malaysia, according to recent statistics from the National Health and Morbidity Survey (NHMS) carried out in 2006 and 2011.

The survey reported an alarming rising trend from one-in-19 in 2006 to the current status. The Malaysian figures are not too far away from the United States, where one in five children are overweight or obese.

These obese children, like Alvin, are at high risk of becoming obese adults, placing them at risk of developing chronic diseases such as heart disease and diabetes later in life.

They are also more prone to develop stress, sadness and low self-esteem.

Alvin’s parents had always thought his chubbiness as a toddler was cute and no cause for concern. Their boy has always had a big appetite and enjoyed food since his younger days.

In fact, both his mum and dad are obese as well. Although weight problems run in families, not all children with a family history of obesity will be overweight.

Children whose parents or brothers or sisters are overweight may be at an increased risk of becoming overweight themselves, but this can be linked to shared family behaviours such as eating and activity habits. 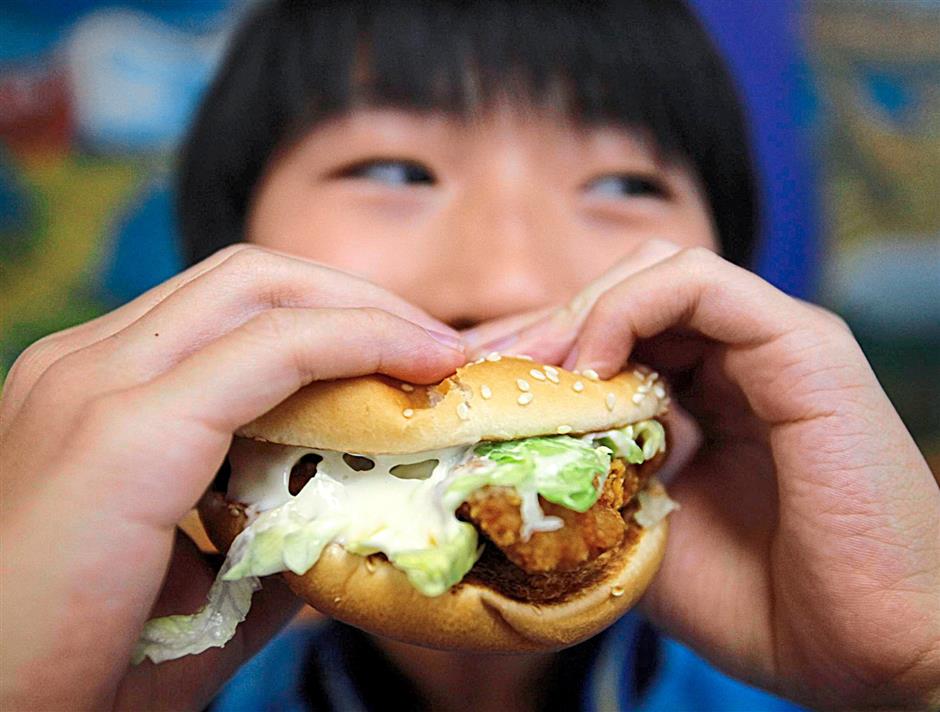 There may be times when it is easier to ‘bribe’ children by offering them a cookie or ice cream or some other unhealthy snack for good behaviour. You have to resist this temptation. – Reuters

Children can become overweight or obese due to many reasons. The most common causes are lack of physical activity, unhealthy eating patterns, or a combination of these factors.

It is possible that being overweight can be caused by a medical condition such as a hormonal problem. However, such cases are usually rare. A physical examination and some blood tests by the doctor can usually rule out medical causes of obesity.

Is your child overweight or obese?

If your child is overweight or obese, the doctor will usually provide some advice on lifestyle and dietary changes, and refer your child (and possibly the family) to a dietitian. The dietitian will be able to provide specific guidance in helping you and your family adopt a healthier diet and lifestyle.

BMI is a measure derived from your weight and height, and can be used fairly reliably to indicate body fat.

BMI is an inexpensive and easy-to-perform method of screening for weight categories that may lead to health problems. Although the BMI number is calculated the same way for children and adults, the criteria used to interpret the meaning of the number for children are different to account for their growth and development.

Thus, BMI-to-age readings are used for children instead.

In the recently released Malaysian Dietary Guidelines for Children and Adolescents 2013 (MDGCA), emphasis is placed on developing good dietary habits in children as lifelong dietary habits are formed during childhood and adolescence.

To achieve this, the MDGCA has several key messages that highlight the importance of good dietary habits, such as the need to eat a variety of foods within the recommended intake, attaining (and maintaining) a healthy weight, limiting the intake of salt and sugar, and drinking plenty of water daily.

Another point to note is that children are heavily influenced by their family’s eating habits. Make every effort to build healthy habits from a young age. Your child’s diet is an extremely important aspect that should never be neglected.

How, what and where the family eats are all factors that will affect how children form their own eating habits.

As most children tend to mimic their parents’ behaviours, you will also need to adjust your own eating habits and lifestyle.

If children are exposed to situations where the family goes for buffets regularly, or orders large portions every time they eat out, then the children will form these same habits. This means that the lifestyle and eating habits of the whole family must be changed.

There are several key aspects that you will need to be aware of and pay attention to, namely:

· Parenting style – There may be times when it is easier to “bribe” children by offering them a cookie or ice cream or some other unhealthy snack for good behaviour.

However, this practice may backfire into making them think that good behaviour must be “paid” for. Instead of using food, let them know in advance that there will be consequences for any misbehaviour.

A better reward alternative is to spend quality one-on-one time to connect with them every day. During this time, you can do something he enjoys and shower him with the love and attention he needs, instead of using food as a reward.

· Eating healthy meals – It is absolutely critical to begin developing good eating habits from childhood. This will reduce the likelihood of obesity and all its negative consequences.

With a good foundation, children will form healthy eating habits that will serve them well in the future. Helping children develop good eating habits will go a long way towards good health over their lifetime.

· Be alert to your child’s eating habits – Parents need to be vigilant as we are constantly bombarded with advertisements and promotions on fast foods, soft drinks, junk food, and all sorts of other less healthy foods.

To counteract this, we should encourage children and adolescents to consume healthier foods in the right amount. Efforts should be made to inculcate the principles of balance, moderation and variety in your children.

Every meal should comprise:

· A balanced diet consisting of foods from all five food groups in the Malaysian Food Pyramid.

· Moderate portions served according to the recommended number of servings for each group.

· A variety of foods to ensure that all nutrient needs are met.

It was not too late for Alvin and his parents to get back on the road to health. Consultations with the dietitian assisting them to focus on gradual changes to their family’s physical activity and eating habits finally made a difference.

The whole family had to go through a “lifestyle transformation”. The family started enjoying healthier balanced meals cooked with less fat and oil, preparing food at home more frequently, and exercising together on weekends.

Obese children are encouraged to do a variety of aerobic activity for at least three to five days a week (moderate to vigorous intensity) and around 30-40 minutes.

Their perseverance has paid off, as Alvin is now 70kg and his last medical check-up showed that his blood cholesterol and blood sugar levels have returned to normal.

While he may not have reached the normal weight for a teenager his age, the positive changes improved his self-confidence. His mum and dad have also benefited from the change towards a healthier lifestyle.

Hence, if your child is obese, it is still not too late to start taking action.

Follow the steps outlined above. Remember that for it to be truly effective, your strategy must involve the whole family. Look at improving the diet and exercise habits of the entire family.

Other than focusing on healthy eating, you should also make sure that physical activity is a daily part of your life. It is a necessity, thus you need to be a role model as children tend to emulate their parents’ habits.

Remember, to prevent or treat childhood obesity is to help protect the health of your child both now and in the future.

Retrain your brain to help manage back pain
Treating high blood pressure by burning your nerves
Meal tips to avoid that post-lunch coma while working
Can you shake it up and move all around?
Why can’t I sleep well? These could be the reasons
Three types of long Covid-19 identified
Number of young Malaysians having sex has doubled since 2016, survey finds
Lick this to see how much alcohol you have in your blood
Give your baby the best start with breast milk
New drug hailed as first new way to treat acne in nearly 40 years