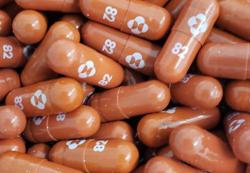 A team of Malaysian doctors achieved success and gained international attention by being innovative, passionate – and a little bit crazy.

ON a quiet weekend in 2011, hand surgeon Dr Ranjit Singh Gill flexed his fingers as he watched a limousine and police outriders pull up to the front entrance of the Kuala Lumpur Sports Medicine Centre (KLSMC).

A middle-aged man emerged from the car flanked by bodyguards. Dr Ranjit Singh greeted his patient. The whole group crowded into an elevator which took them to the fifth floor where a magnetic resonance imaging (MRI) machine awaited. The bodyguards stood sentry outside.

“My arm has been bothering me,” the patient told Dr Ranjit Singh. After he gently flexed his patient’s arm and studied the MRI scans, he suggested that the patient undergo keyhole surgery and five rounds of stem cell injections.

These stem cells would repair the injured area and regenerate the cartilage tissue. The treatment was so simple, it was almost too good to be true.

In fact, global experts in the field of orthopaedics are divided over the use of adult stem cells to repair cartilage.

“Cartilage basically does not heal,” Dr Hubert Kim, director of the Cartilage Repair and Regeneration Center at the University of California, San Francisco (UCSF) Medical Center, is quoted as saying in an interview on the centre’s website.

Dr Ranjit Singh’s treatment, developed in Malaysia, flew in the face of medical textbooks. It took guts to suggest the road less travelled.

“Doctors should always take the route that’s safest for the patient. But sometimes, the textbook solution is not necessarily the safest way of doing things,” Dr Ranjit Singh told me in a series of interviews, as he recounted treating this unique patient, who shall go unnamed because of doctor-patient confidentiality.

“You need to continuously challenge yourself with difficult decisions. It’s a big responsibility.”

That is leadership on the cutting-edge, metaphorically and medically speaking. Thanks to its doctors’ research on stem cell therapy, the KLSMC has emerged as a clinical and research powerhouse for orthopaedic work globally, achieving a pace of innovation unmatched by most private practices in the country.

The doctors here have temerity, talent and a good track record to provide cutting-edge – sometimes experimental – treatments to rival the best in advanced nations.

Then, Dr Saw tried to regenerate normal cartilage in patients’ knees by injecting the patients’ own blood stem cells into their knees after drilling holes into the underlying bone. That worked too.

Drawing on Dr Saw’s success with knees, Dr Ranjit Singh tested out the articular cartilage regeneration procedure on the limbs of three patients. Again, success. Cartilage could be regrown.

The early studies, published in international scientific journals, drew interest from orthopaedic specialists and university lecturers from the United States and Britain, who flew to Kuala Lumpur to learn the latest techniques from KLSMC.

Exciting as that was, Dr Ranjit Singh was now recommending this relatively new procedure – tested on a bunch of goats and a few people – to one of the most famous people in Malaysia.

“This procedure isn’t in the medical textbooks,” Dr Ranjit Singh told his patient. “Will you consider it?”

“I’ll think about it,” the patient said.

Dr Ranjit Singh shook his head as he watched his patient hop into the limo and leave the hospital accompanied by the wail of police sirens.

Was he brilliant? Or crazy? Probably both, he concluded.

It’s extremely rare for such doctors to embark on stem cell research – even while they were designing the hospital building and paying off mortgages and praying for patients to show up. And it’s probably crazy to think of even setting up a stem cell lab in a country where research infrastructure is relatively sparse.

“Is there a better way of doing things in hospitals?” Dr Saw mused aloud during an interview at Nerofico, an Italian restaurant on the ground floor of KLSMC, which serves gourmet food to its patients. “We dreamed of seeing and scanning the patient the same day, and then doing surgery the next day.”

“We were passionate and obsessive about wanting to do things properly. But logically, the risk was still too high to set up a centre so big,” Dr Ranjit Singh added, as he gestured broadly toward the nine floors of the hospital, which includes a pharmacy, a laboratory, operating theatres, a gorgeous high-ceilinged physiotherapy centre on the eighth floor and a rooftop hydrotherapy pool.

“So we needed the final magic ingredient: you have to be a little bit crazy.”

Their craziness has paid off. Thanks to their original research conducted with Universiti Putra Malaysia in 2005, Dr Saw and his colleagues began providing stem cell therapy for sports-related and other common joint injuries.

In May this year, world No 1 badminton player Datuk Lee Chong Wei injured his right ankle. Most Malaysians wrote off his chances of competing at the London Olympics. Lee went to KLSMC for stem cell injections into a torn ligament. He recovered quickly.

A few months later, Dr Saw found himself joining millions of Malaysians cheering on Lee in the breathtaking Olympic final against Lin Dan. “I was watching his ankle all the time and hoping he wouldn’t twist it again.”

Dr Saw’s pioneering work in regenerating knee cartilage has won praise from the editors of the peer-reviewed Journal Of Arthroscopic And Related Surgery. In two separate editorials, editor-in-chief Professor Gary Poehling urged readers to study the research published by Dr Saw in Malaysia and his co-authors in North Carolina and Alaska.

Prof Poehling described the diagrams as “amazing” and “priceless” and concluded that “stem cells have vast potential”. Dr Saw continues to publish papers that show evidence that articular cartilage in the knee joint can be regenerated.

The KLSMC doctors’ research has now broadened stem cell treatment into cartilage, soft tissue, nerves and tendons – building on ground-breaking work carried out by specialists in multiple fields throughout the world.

“Right now this is the best possible treatment ever,” said Dr Anz, who has flown to Malaysia several times to learn new techniques and collaborate with Dr Saw.

“We want to give our patients the best treatment possible. Once they see it involves stem cells – and they see how it’s so easy to harvest, easy to process, easy to store and easy to inject into (a) patient – that’s going to change the world.”

Currently, Dr Saw and his colleagues are planning a worldwide multicentre trial. The goal is to prove to the global medical fraternity that this form of stem cell treatment works.

“As we will be the principal investigator, a worldwide randomised control trial will showcase biotechnology in Malaysia,” Dr Saw said. “You’ll change the way cartilage injuries are treated. And you’ll rewrite the textbooks.”

Dr Ranjit Singh wasn’t out to rewrite textbooks when he began treating his patient with the arm problem. All he wanted to do was provide the best care possible. So he sent an e-mail to two famous orthopaedic surgeons asking a second opinion on whether or not he should inject stem cells into his famous patient.

“Are you crazy?” a doctor from France replied. However, Dr Ranjit Singh’s mentor urged him to go for it. Faced with two opposite opinions, he knew what he had to do: he went for it.

“It will take several weeks for the stem cells to recognise the injured area and regenerate the tissue, which will reattach back to the bone,” he explained to his patient.

After the keyhole surgery, the patient returned to KLSMC five times for stem cell injections.

As the surgeon reflected on his unique patient – just one among many cases he has treated – perhaps the biggest leadership lesson he learned is to do what you love.

“Doing what you love will drive you all the way – to be focused and persistent, to practise and practise, and finally to have that extra bit of craziness that pushes you forward.

Alvin Ung is a facilitator, executive coach and author of the bestselling book Barefoot Leadership. For related videos, photos and fresh leadership insights, please visit www.businesscircle.com.my. The column and multimedia content are a collaborative effort between the columnist and the Economic Transformation Programme.

Moving from frustration to fruitfulness 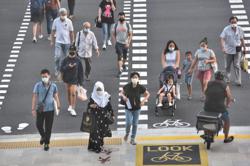