The reality of reality shows 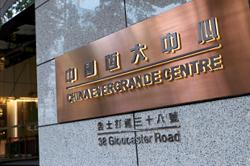 WHEN Elizabeth Passarelli had to eat a blended rat, she described it as “drinking a bowl of vomit with hair”.

The contestant in the special 100th New York edition of Fear Factor said, “It was absolutely the most disgusting thing I’ve ever encountered. It was hairy and chunky and gritty and chalky. It smelled awful. And it tasted worse.”

Lost your appetite yet? Jeanette Jenkins had to chew up giant green tomato horn worms, spit the juice into a cup and then drink it.

Rats, worms and cow’s intestines are still pretty ho-hum, considering Asian dietary customs. But sheep’s eyes, maggoty cheese and horse’s rectum? Do we have a stomach pump on standby?

According to Dr Rohi A. Ghazali, a toxicologist with Universiti Kebangsaan Malaysia, these “foods” may actually be no more dangerous than the normal food that we consume every day –as long as they are prepared and handled properly.

“Anything that is not stored, handled or cooked properly can trigger illnesses,” he says.

Whether your meal of choice is maggots or noodles, chicken breast or cow’s brains, if you do not take proper hygienic measures, you could have your very own Fear Factor in your kitchen.

A slice of raw meat is left out on the table for half a day. With every hour that passes, tiny, microscopic organisms are multiplying inside and on the surface of the meat.

Cooking with heat will kill these pathogens, but new ones will start breeding again if the food is left out for more than two hours.

These nasty microorganisms will then produce a toxin that causes illnesses, or enter the digestive tract and continue to multiply, causing an infection.

That’s when you get the “runs” or symptoms of food poisoning like diarrhoea, nausea and vomiting, abdominal cramps, fever, headache and other flu-like symptoms.

The right conditions include temperature between five and 60 degrees Celcius, which is why food should be served very hot or very cold, to prevent bacteria from breeding.

The pH of the medium and the availability of nutrients and water are other factors that encourage multiplication of bacteria. A medium like milk is rich with nutrients and, therefore, provides a happy home for bacteria to breed.

Viral infections, such as hepatitis A and rotavirus gastroenteritis, can also spread through improper handling of food and water.

Mould and fungi are other possible food contaminants, producing aflatoxins that can cause severe liver damage and even death. Mould can appear on certain types of food or feed, such as tree nuts, peanuts and oilseeds, if they are not kept properly.

Slugs are no worse than sardines, really. So long as they are fresh, clean and have not been exposed to contamination, they pose no greater threat to human health than tinned fish.

The foods that we squirm at may even be delicacies for certain cultures, Dr Rohi points out. “People in Sarawak and Sabah eat a type of maggot that is found in tree trunks. These maggots are usually the ones with hard shells, not the squishy ones.”

He theorises that these are probably the maggots given to Fear Factor contestants when they are made to eat maggoty foods.

“If the maggots are alive, fresh and cleaned properly, it’s ok,” he assures this squeamish writer.

Turned inside out at the thought of eating animal organs, such as testicles, tongue and tonsils? Like any other form of meat, the organs will be safe for consumption if they are properly stored, handled and served.

There is always the possibility that eating the internal organs of animals can cause the transmission of zoonotic diseases (diseases that can be transmitted from animals to humans), but this is a risk even when we eat meat or poultry, particularly raw or undercooked. That is why diseased animals, such as cows with mad cow disease, are not slaughtered for human consumption.

What about when scorpions, spiders and other potentially-poisonous bugs are introduced to the menu? The danger, says Dr Rohi, is their venom. The solution, of course, is simply to have the venom removed before attempting to slide them down your throat.

Finally, for dessert, some lovely, furry rodents may be served up. In addition to any disease the rats may carry, Dr Rohi cautions that their fur may be infested with parasites such as ticks or mites.

“But then again, I’m sure (the producers of the show) would ensure that the rats are clean,” he adds.

Are those maggots clean?

Indeed, a great deal of preparation goes on behind the scenes of these reality shows, including Canon AXN Xtreme, Malaysia’s version of Fear Factor.

“As the stunt designer, I am not willing to take the risk of having people eat things that are not really meant for eating,” says Chan Yuen Li, managing director of Nomad Adventure and stunt designer for Canon AXN Xtreme.

She specifically notes that the items have to be edible and will not offend any of the contestants.

“In Malaysia, we have to take into consideration the cultural and religious sensitivities of the participants. In this respect, I steered away from anything that would offend anyone, which includes eating any internal organs or any other kinds of ‘spare parts’.”

Contestants in Canon AXN Xtreme had to grit their teeth and do the following: eat soft-boiled eggs and cooked cockles without their hands; carry mealworms in their mouths; and pull apart raw squid with their mouths.

“We observed normal food preparation practices – ensuring the items were fresh and stored in cool temperature, keeping them clean, cooking them properly, and making sure that the containers were washed,” explains Chan.

As for the mealworms, she assures that they merely “looked disgusting. They were bought from an aquarium shop – and were fed oats, so there is really no problem with ingesting them. Basically, we ensured that normal food cleanliness standards were maintained.”

While the stunts on the original Fear Factor are much more cringe-worthy, the production crew of the show also takes care to test every physical stunt numerous times for safety reasons.

“No one has encountered any problems such as vomiting or diarrhoea in this event or any of the other AXN ground promotion events I have attended in the last three years,” says Chan.

She adds that her crew had to prepare a risk assessment document for all the stunts, which had to be approved by the regional AXN office and the headquarters in Los Angeles. The document included driving routes to the nearest hospitals as well as the certifications of the medical staff.

“For the shoot, we had qualified medical personnel and an ambulance on-site at all times,” she says.

However, Dr Rohi cautions that immune-compromised people, including children, elderly people and those prone to asthma and allergies, should not be allowed to participate in these stunts.

The truth is, most of these stunts, while looking impossible, horrible or intensely scary, seem more disgusting than they actually are.

“The main thrill comes from the rules that we make the contestants abide by,” Chan admits. One detects some unholy glee as she describes how contestants are “tortured” during the stunts.

“For example, by eating eggs and cockles without their hands, the contestants ended up with a mess on their faces.”

The result was simply “gooey and disgusting”. As aptly described by Dr Rohi, who watches the show occasionally as a matter of curiosity, the point is to make viewers go “ewwww”.

“At the end of the day, one has to have a little perspective on the whole thing as the aim is to inject some thrill and excitement for the participants, and at the same time make it fun and entertaining for television viewers. There will not be any damage to the contestants’ health, only to their egos!” Chan jokes.

If you’re willing to swallow your misgivings for the prize money, you might be able to swallow some sheep’s eyes as well.

And remember the all-important disclaimer: The stunts described on these shows were designed and supervised by trained professionals. They are extremely dangerous and should not be attempted by anyone, anywhere, any time.