Kangkung can kill you: Hazards (and health benefits) of a noxious weed There's nothing like a celebrity endorsement – deliberate or otherwise. Why, even a humble vegetable like the water spinach can get its 15 minutes of fame. So we’re here to tell you what you really should know about the kangkung.

From rice fields, streams and swamps to the wok and then our tummies, the water spinach has now reached new levels of virality on the Internet, thanks to a stir-frying political and economic endorsement. But here are three things you might not know about Malaysia’s cheapest vegetable.

Invasion Of The Water Spinach!

Though kangkung is grown everywhere and grows anywhere in Southeast Asia – they call it phak bung in Thailand, rau mung in Vietnam, trokuon in Cambodia and kalmi shak in Bangladesh – in other parts of the world it’s despised as swamp cabbage. In America, it’s known as the Chinese water spinach and is officially designated by the Department Of Agriculture as a noxious weed. Abhorred as an invasive species, our beloved greenie has thrived in the wetlands of Texas, Florida and even California where its unstoppable, quick-growing hollow stems simply float over the indigenous flora and form ragged mats that choke and stagnate everything in its path. Alas, Americans have yet to acquiesce to this rural cuisine and popular wartime crop. Make it rabbit food or harvest the green plague and stir-fry it.

Kangkung’s indescribable blandness and crispy texture perfectly complement pungent ingredients like garlic, chilli and belacan. But be careful how you cook and eat it, or you could end up with a case of Fasciolopsiasis. It’s a condition caused by the Fasciolopsis buski, a large parasitic intestinal fluke that can be found as larval cysts laid on the water spinach (and several other water vegetables for that matter) in the hope that a reckless human will consume it raw. In humans and pigs, the cysts release the fluke that anchors itself to the wall of the intestine and causes indigestion, allergic reactions and abdominal pain. It’s a total gross-out and untreated cases can be fatal, so please fry or boil that kangkung good and proper before serving it.

Southeast Asian aunties have long promoted the Ipomoea aquatica as a universal magic potion for various ailments – everything from diabetes to haemorrhoids to insomnia – that it’s hard to differentiate fact from fiction. Kangkung won’t cure the economy but the water spinach is certainly full of nutritional goodness: A 100g serving contains water (90%), protein (3%), fibre (3%), fat (0.9%), carbohydrate (4.3%), minerals (2%), nicotinamide (0.6mg), riboflavin (120mg), vitamin C (137mg) and vitamin E (11mg). It also contains carotene, amino acids including polyphenol (an antioxidant), and minerals such as potassium, iron and magnesium. All this makes the humble vegetable a veritable superfood. It’s simply a matter of time before health freaks start juicing the freak out of it.

On a final note, here’s a progressive remake of a musical tribute to the kangkung. 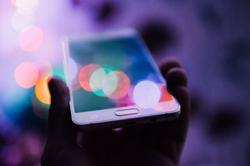