Glasses of wine made from 'koshu' grapes, a uniquely Japanese variety known for its fresh and fruity taste in the family vineyards, are seen at a wine tasting seminar in Tokyo on Jan 19, 2015. Photos: REUTERS

Its charm lies in a special clarity, purity and relatively low alcohol content that overseas wines don't have.

Making wine comes naturally to Ayana Misawa, having spent her childhood in vineyards watching her father and grandfather nurture cherished "koshu" grapes, a unique Japanese variety known for its fresh and fruity overtones.

Misawa and other winemakers in the wine hub of Yamanashi Prefecture are set on matching the success of Japan's automakers and whisky distillers, which have taken the world by storm.

White wine from koshu grapes has gained a cult following for its delicate bouquet and affinity with sushi and sashimi. Vintners are hoping to see Yamanashi become a "terroir" the way Burgundy and Bordeaux are for France. 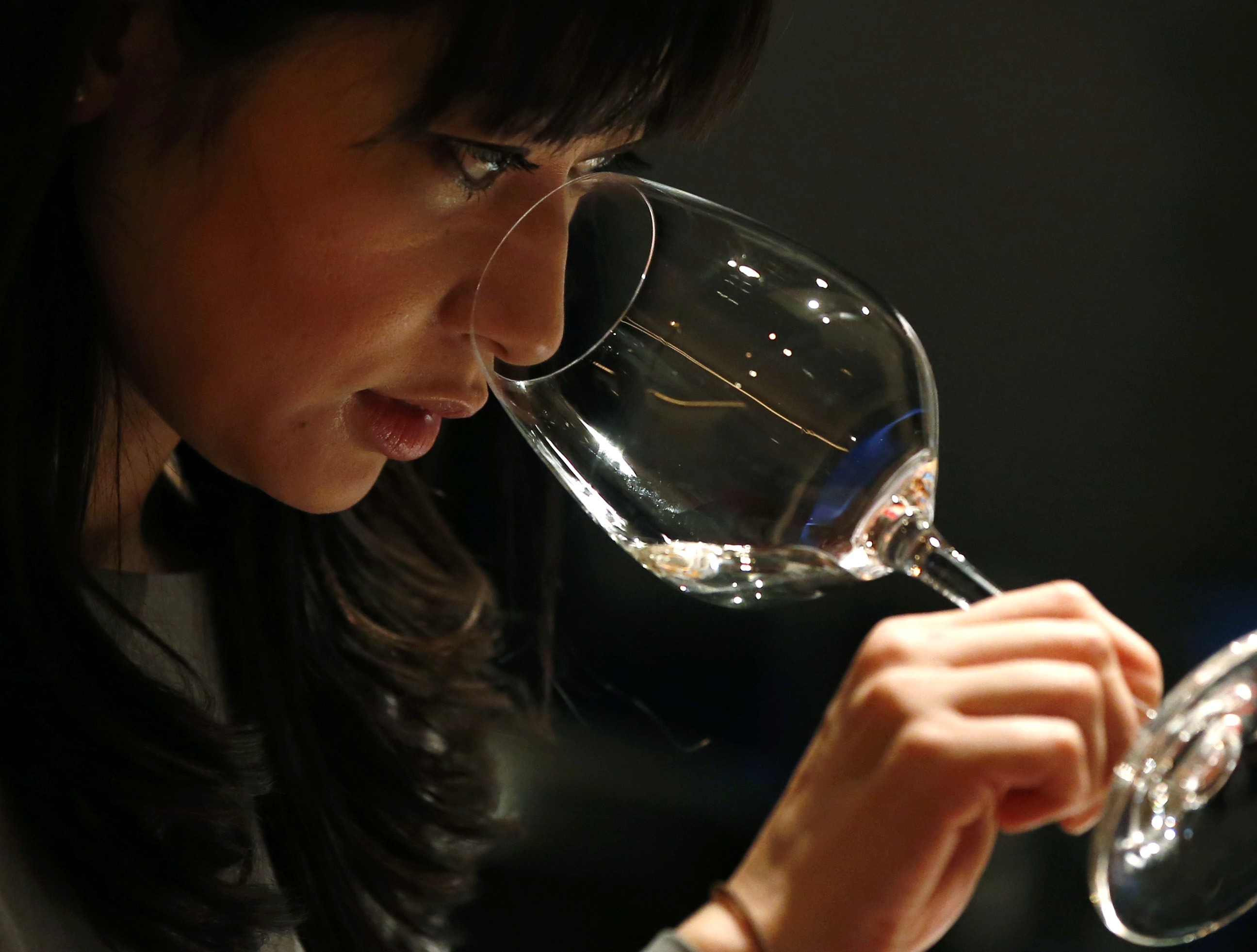 Ayana Misawa, chief winemaker of Grace Wine, smells a glass of wine at a restaurant in Tokyo on Jan 17, 2015.

"Koshu has a charm that overseas wines don't have," said Misawa, who studied winemaking in Bordeaux and South Africa, and has worked in wineries overseas apart from the family business.

"Its special clarity and purity, and relatively low alcohol content, are also part of the charm," she added, noting the growing popularity of low-alcohol drinks among consumers.

Grace Wine, Misawa's family winery, began operations nearly a century ago and has won many awards since. Its Cuvee Misawa Akeno Koshu 2013, produced wholly from her koshu grapes, won a regional trophy at the Decanter World Wine Awards last year.

Japanese wines were always known for their sweetness, but now there is a variety of flavours that go well with meals. In recent years, Japan varietals "koshu" and "Muscat Bailey A" were certified by the Paris-based International Organisation of Vine and Wine (OIV), making its exported wine recognizable in Europe.

The Japanese government has also stepped in to help, with the National Tax Agency in 2013 designating "Yamanashi" as a geographical indication to guarantee the origin and quality of wine sourced from the region.

Although wine consumption is growing, Japan has a long way to go. OIV data from 2011 shows that the average French drinker gets through 46.4 litres of wine each year, more than 20 times the amount their counterparts in Japan imbibe on average.

Local wines only account for about a third of Japan's wine market and the rest is imported, said winemaker and importer Mercian Corp.

Adding to vintner woes is a tendency among farmers to prefer growing table grapes, more profitable than the wine variety. Japanese wines are heavily dependent on imported grapes, with only about 2% of wine made from locally grown ones.

Misawa of Grace Wine, which prides itself on using Japan-grown grapes, said it's tough to grow enough grapes to keep up with demand. The company exports wine to nearly 20 countries.

"The brand value of Japanese wine is weak since we don't have such distinctions," said Toshiharu Furukawa, who leads the project. A woman looks at bottles of Japanese wine at a wine shop in Tokyo.

But experts warn excessive regulation could destroy a new and still immature industry, which has just about 200 wineries.

"Protect brand Japan, by not over-regulating, but have minimum standards to protect local producers who are not blending foreign wine with local wine," said Sam Harrop, a global winemaking consultant.

"Made in Japan" wine isn't that famous globally but Japanese vintners, like many other manufacturers, are pinning their hopes on the 2020 Summer Olympic Games in Tokyo to give it a boost.

"Our aim is to increase the wine market towards that timing," said Kiyofumi Takata, COO of beverage maker Suntory's wine development and production division.

"The Tokyo Olympic Games is a chance for Japanese wine." – REUTERS