When is a cognac not just a cognac? When it’s made with some of the oldest and rarest gems in Hennessy’s cellars.

That history was what we were about to discover during a private tasting of Hennessy’s three cognacs in their Prestige range – Hennessy Paradis, Hennessy Paradis Impérial, and Richard Hennessy; which are made from some of the rarest and oldest eau de vie in the Hennessy cellars.

“The keyword here is ‘rare’. These three cognacs are specially blended to give the drinker a rare moment of appreciation; but they are rare themselves, because they are also made with components that are not easily found. We can’t make too many of these every year – only a certain amount so we can maintain the capacity,” said Cochet during the tasting at The Point Bar and Dining Room in Kuala Lumpur.

Before we moved on to the tasting, Cochet gave us a quick tutorial on how to taste a cognac. “Tasting is an important element in the appreciation of a good wine or spirit, and it involves using your eyes, nose, and your palate,” he said. “You use your eyes to check the colour, then a deep first nose to get the first impression, and then a second nose, where you swirl your glass to get some air into it to capture more aromas.

“Finally, you take it on your palate. This is a not wine tasting – this is a spirit with 40% ABV, so you should not take too much or you will lose your sensitivity. The way to do it is to first wet your tongue, then take just a sip, allow it to cross the tongue, then swallow it.” According to Cochet, “paradis” is actually a traditional term in the Cognac region. “All the smaller producers always have a little place in the back of their home where they keep their treasures, and no one is allowed in, not even their wives!” he said. “In times of hardship, they would take what is in there and sell it to bring in cash. So ‘paradis’ is the place where they keep their best cognacs.”

Created in 1979 by Maurice Fillioux (the uncle of the current master blender, Yann Fillioux), Hennessy Paradis takes its name from Hennessy’s paradis cellar, now called the Founder’s Cellar, which is used exclusively for the ageing of Hennessy’s most exceptional eau de vie.

Maurice had wanted to express his capacity as the master blender by creating a specific style and taste, said Cochet. “He went to Hennessy’s paradis, and took what his grandfather and his great-grandfather had prepared for him – eau de vies that were 50, 60, even 70 years old,” he said. “Blending these cognacs, he created a specific new type of taste. And since it was taken from the Hennessy paradis, he decided to call it the Hennessy Paradis.”

Hennessy Paradis contains a hundred different eau de vies, the youngest of which is 25 years old, and the oldest, about a century old.

The cognac itself is a bright, shiny, vibrant colour, “like a good cognac should be”, said Cochet. “It should be bright like a gemstone in the light, and here, you have beautiful amber gold colours. Just looking at it, you have some notion of the complexity and intensity of the cognac.”

On the first nose, there is real character, a perfume-like, floral fragrance that rises wonderfully out of the glass. “There is an explosion of aroma, very expressive, flowery and fruity,” he said. “And on the second nose, well-matured fruits, pineapple or passion fruits … good cognac should have four families of aroma – fruity, floral, spicy and oakiness.”

On the palate, there is a silky, elegant coating that covers your palate almost entirely, a thin layer of beautiful fruity and floral aspects, with a long, sensual and round finish that has a touch of honey.

According to Cochet, Paradis is the most elegant cognac that Hennessy has. “This is a powerful cognac, but it is also very elegant. It has the sensuality of a feminine touch,” he said. Hennessy Paradis Impérial was inspired by the legend of an 1818 order from the Dowager Empress of Russia, requesting the most exceptional cognac they have in store as a gift for her son, Tsar Alexander I.

In 2011, Hennessy’s Master Blender Yann Fillioux attempted to replicate that order, eventually coming up with the Paradis Impérial, which is a blend of more than 100 eau de vie, aged between 30 to 130 years old, and including a greater proportion of eau de vie from the 19th century reserves compared to Hennessy Paradis.

“The eau de vies in this were selected for their subtlety,” said Cochet, and true enough, Paradis Impérial is a lot more mellow on the nose, still fruity, still floral, but with a little bit of a smokiness to it.

“It is expressive too, but you have to take a deeper sniff to extract the aroma,” he said. “You don’t get the ripeness of tropical fruit (unlike the Paradis), but more like citrus and orange blossoms. In the nose, there is a lot more power.”

The Paradis Impérial comes in an elegant crystal decanter designed by young French contemporary designer Stephanie Balini, who was asked to capture the elegance of the gowns and dresses of the ladies of the Russian Imperial court. Created by Yann Fillioux in 1996, and named after the cognac house’s founder, the exquisite Richard Hennessy is the pinnacle of Hennessy’s expressions. Presented in a beautiful carafe made of pure hand-blown crystal, the cognac is meant to be the embodiment of Hennessy’s 250-year history, and is a unique blend of exceptional and rare eau de vie aged from 40 years to nearly 200 years.

“Yann wanted to pay tribute to our founder, so he went to the Founder’s Cellar and selected eau de vies from all the generations of master blenders from the first, Jean Fillioux to the one before him, Maurice Fillioux,” said Cochet.

“He decided to combine the best of the work that all his ancestors had done – what you have is over 200 years of history in a bottle.”

The cognac is a very deep, dark amber colour. On the first nose, you get floral notes, but it doesn’t waft out as strongly as the first two. “It seems to be somehow sitting at the bottom of the glass, you really have to inhale deeply to get the aroma,” Cochet said.

“But when it does come out, it does so in slow motion, and in thick waves. You get a lot of complexity, a bit like essential oils, an earthiness to it like truffles and mushrooms. Here, we have more spiciness and oakiness compared to fruitiness.”

On the palate, there is a charming sweet fruitiness on the tongue that envelopes your mouth.

“Rather than a quick, long finish, the flavour takes its time to come back out once you’ve swallowed. It’s a very warm and mild feeling. It’s much more full,” he said.

Intense maturity – that is the term Cochet used for the Richard Hennessy. “Some eau de vies in there date back to the early 19th century, to 1810, 1830, 1860… no one else in Cognac can go back that far,” he said proudly.

> This article was originally published in Life Inspired, out every second and fourth Sunday of the month and distributed with the Sunday Star to selected households. 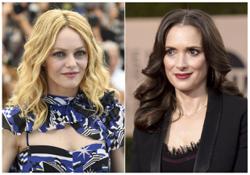 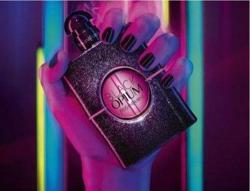