A cook stirs goulash prepared with animal testicles at the tenth annual World Testicle Cooking Championship in the Serbian village of Lunjevica.

Twenty teams compete to make the most delicious use of goat, lamb, bull, camel, ostrich and other animals’ testicles.

THE 10th edition of the World Testicle Cooking Championship took place in the Serbian village of Lunjevica on Aug 31.

A delicacy for medieval monarchs, then food for the poorest, animal testicles, spiced with a pinch of humour, are back on the menu, at least at a Serbian food festival. Every year the village of Lunjevica hosts the ususual cooking championship where dishes of various animal testicles are prepared. his year, 20 teams gathered to win the world championship title.

Here is a short video and some pictures from the festival. - AFP 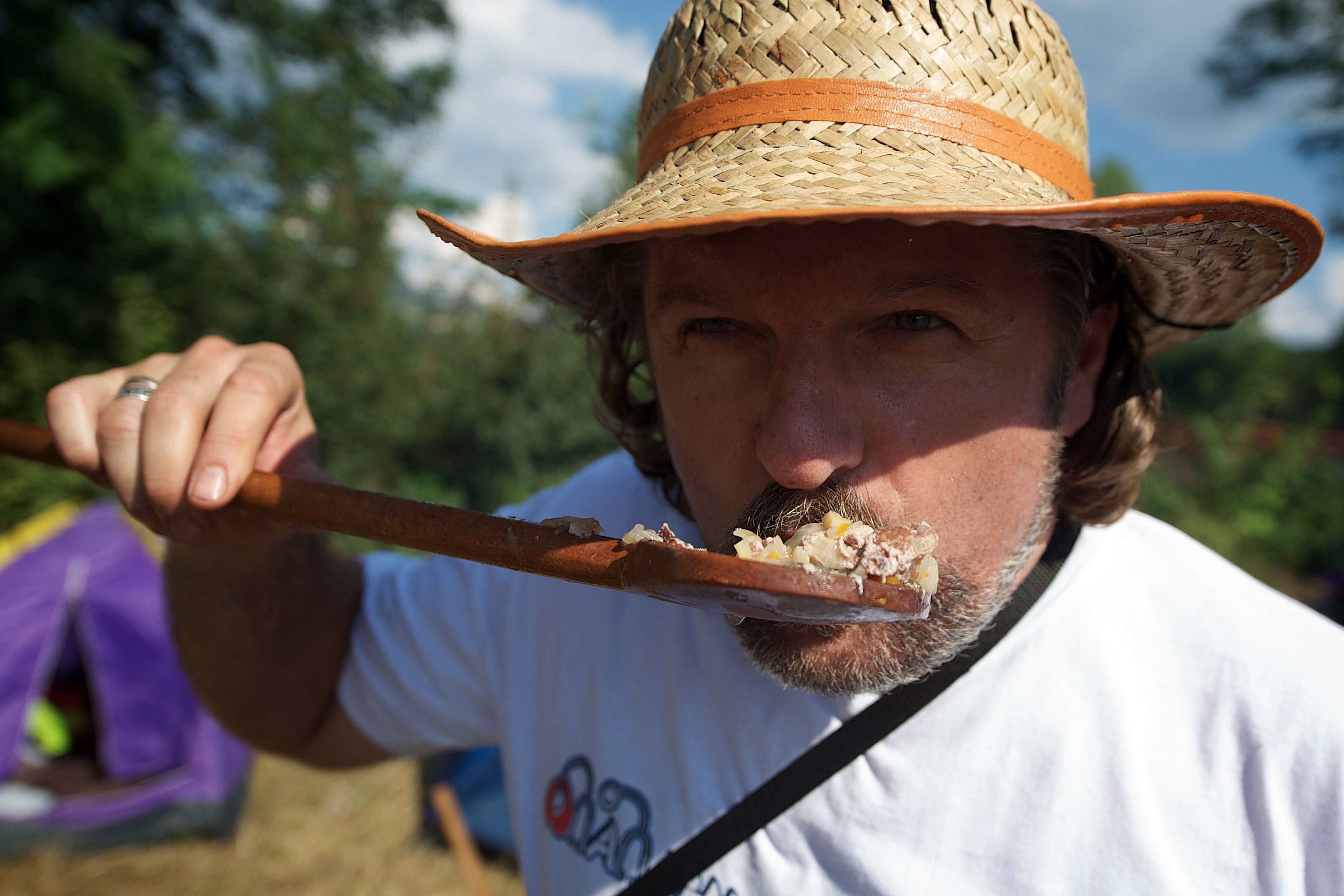 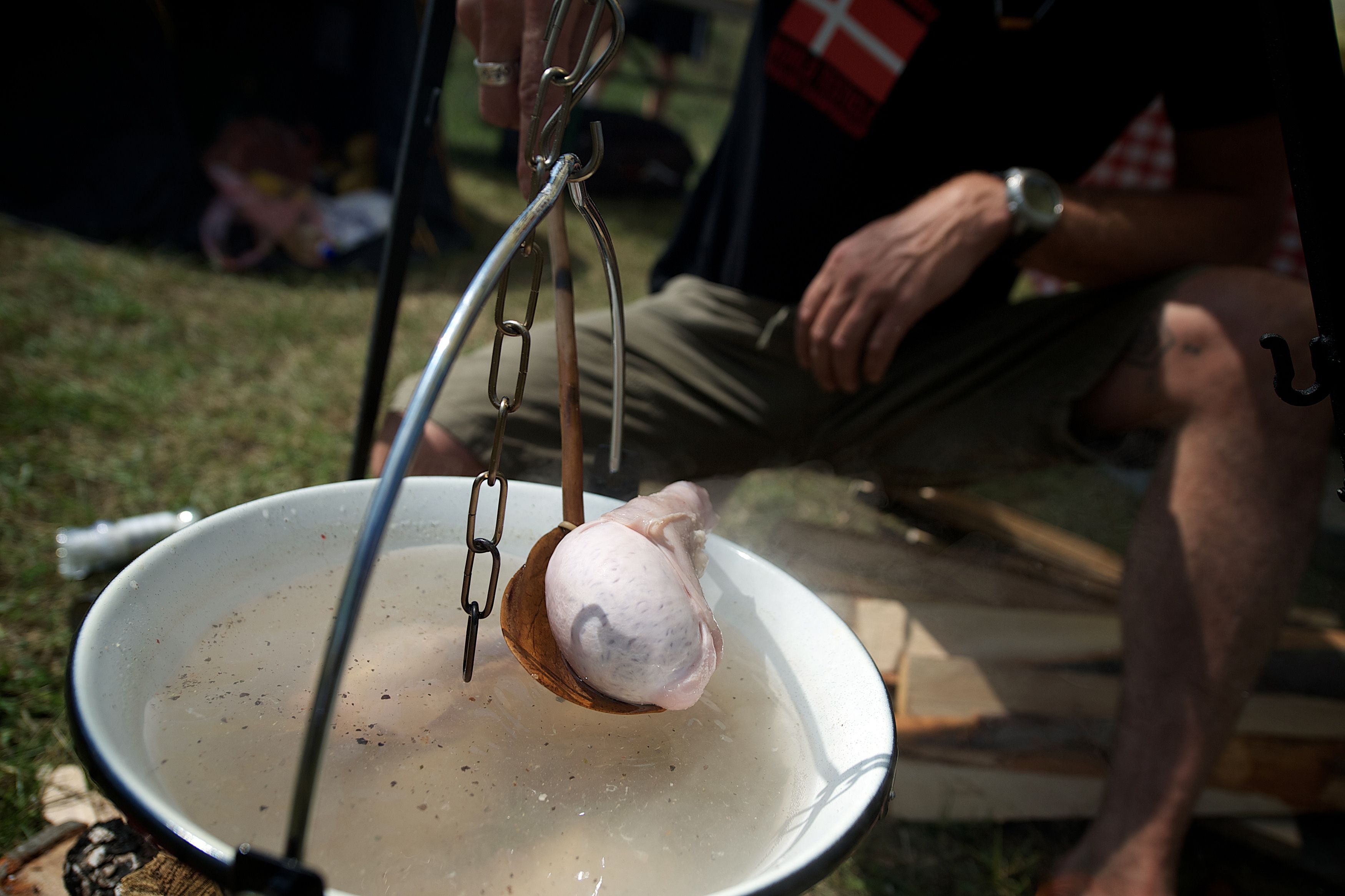 Let's just test if it's done. 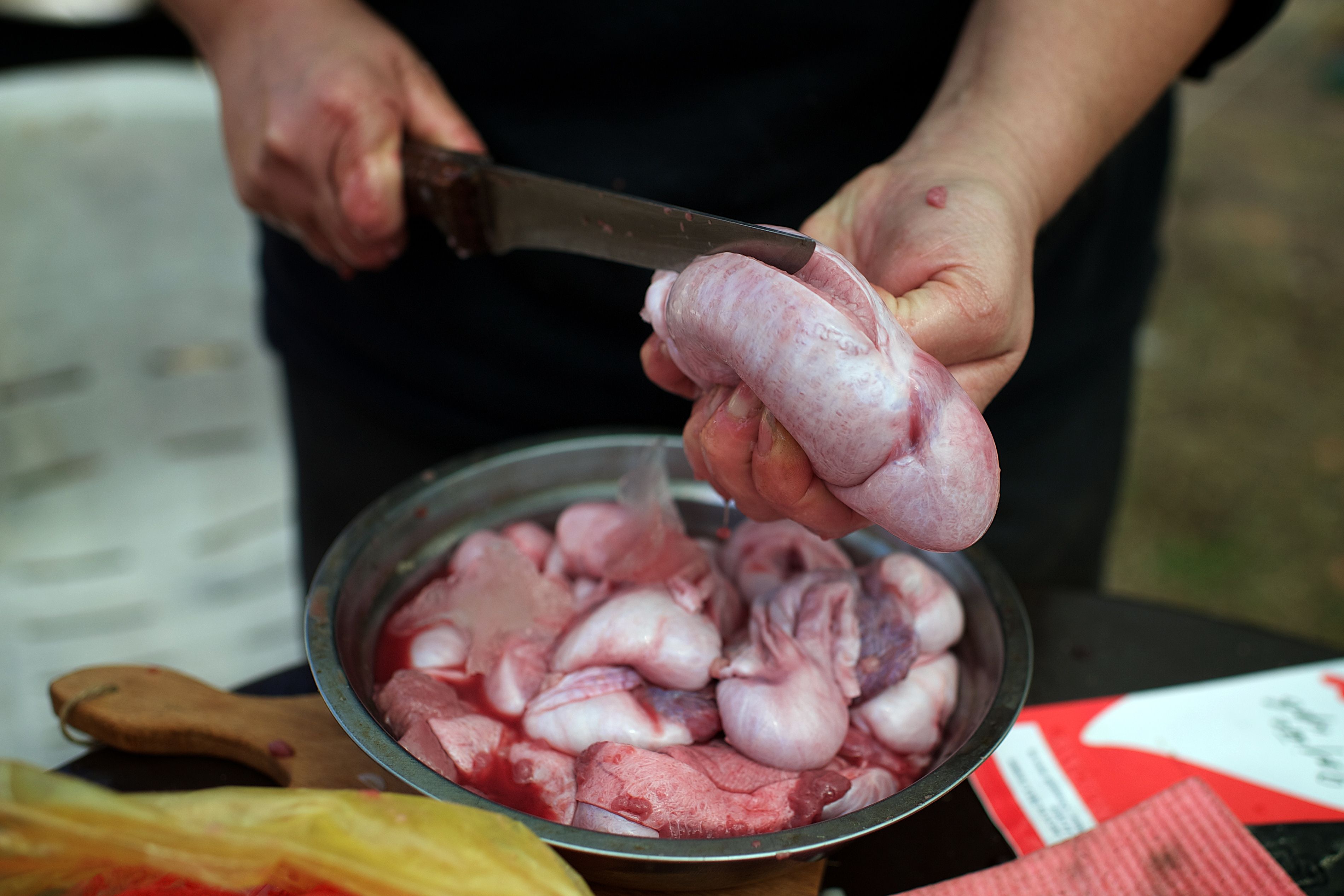 As with all meats, the 'spare parts' have to be trimmed and cleaned before cooking. 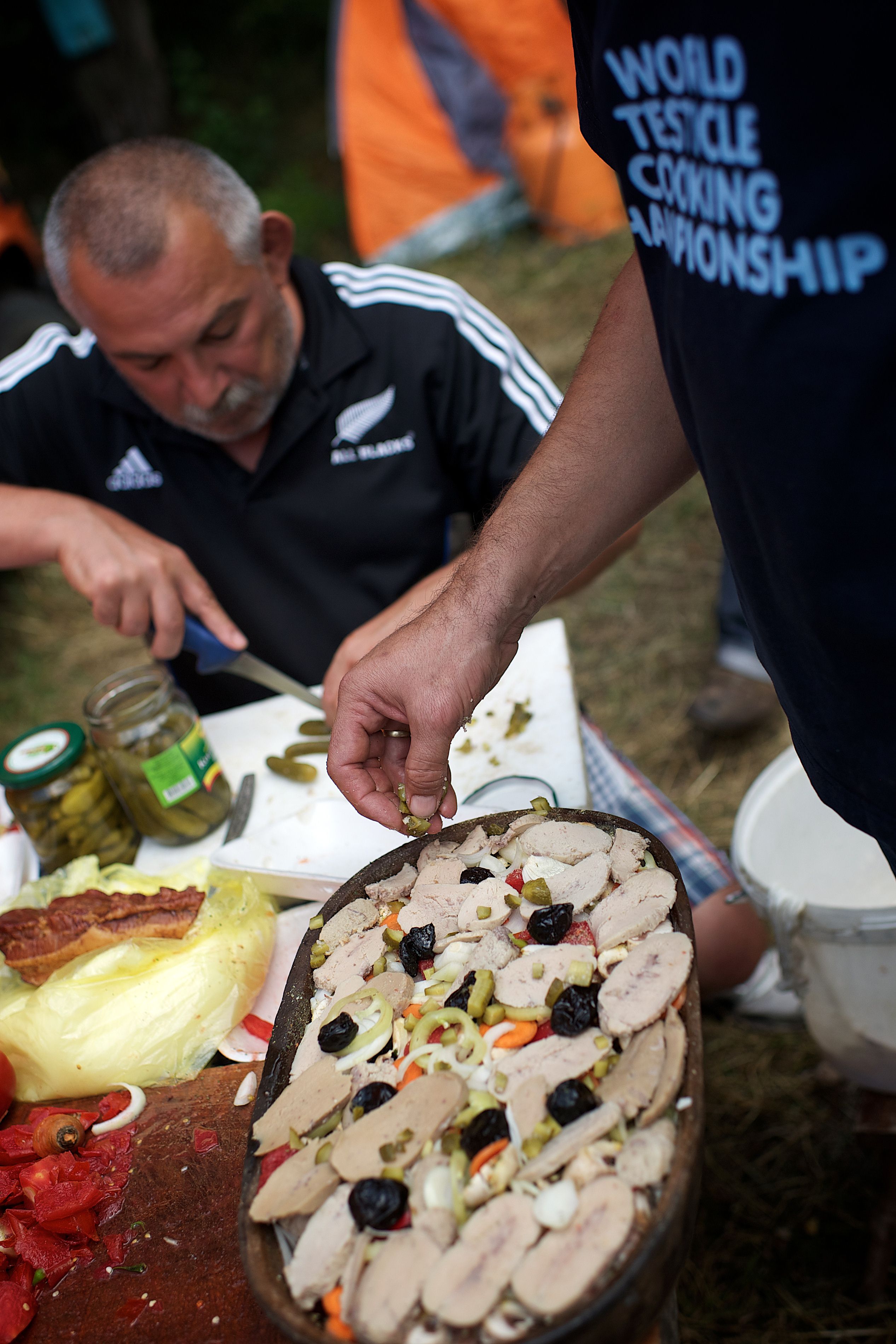 With a sprinkling of chopped olives, this dish is ready to be served. 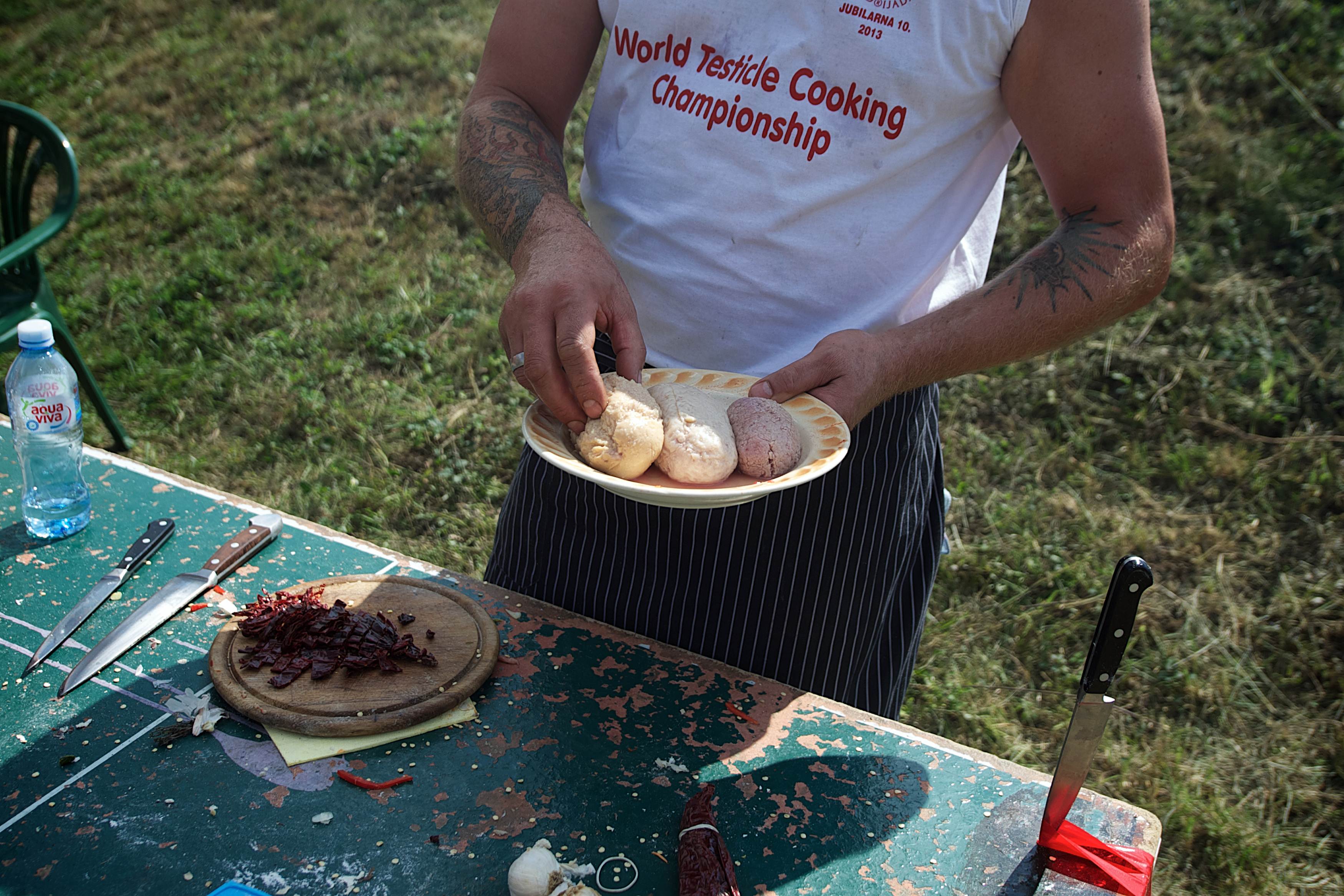 This competitor seems to be deciding on what dish to make. 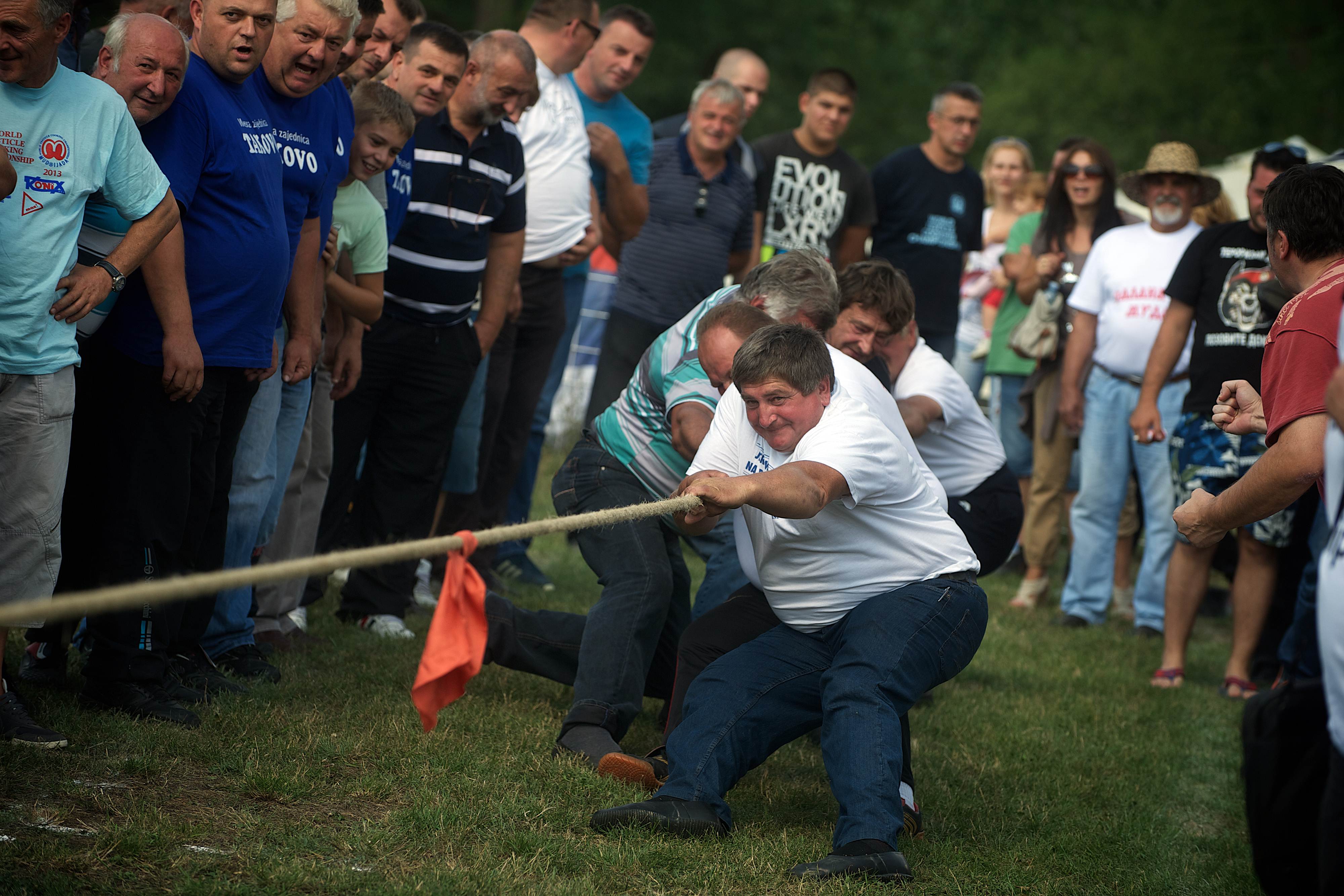 But it's not all cooking. The competitors also have fun with games at the festival.