As the only dish on the brunch menu with no pork in it, Gnocchi Napoli does not fall short in terms of flavour.

The two-year-old Ante Kitchen and Bar has made a name for itself among those with discerning tastes when it comes to pork.

According to one of the six co-founders, Shaun Leong, Ante has been steadily growing into one of the best pork-centric restaurants in Kuala Lumpur.

With its design inspired by old American speakeasies, the place is quite easy to miss, nestled in a little corner of Publika Shopping Mall facing Jalan Dutamas 1.

But according to Leong, this deceptively hidden eatery draws large crowds on weekend nights, often making it necessary for some customers to make early reservations.

Just last month, Ante launched its new brunch menu, which consists of a mix of crowd favourites as well as new delectable creations. One of the more interesting dishes is the Deep Fried Soft Poached Egg (RM23).

The egg is lightly poached first before being breaded and deep-fried, giving it a crisp outer shell that encapsulates the soft yolk.

The egg is served with bacon, roasted onions, a buttered English muffin and a side of Hollandaise sauce, though the dish itself is tasty without the sauce.

Another dish not to be missed is the Croque Madame (RM28), which many might not be familiar with.

Ante’s variant of this popular French recipe sees the egg being baked in a hole in the two slices of milk toast, rather than on top of it.

The egg and choice of milk toast goes well with the bacon and tastes a little sweet, thanks to the use of flavoursome wine-infused cheese.

For those with a lighter appetite in the late hours of the morning, Ante offers simple dishes like Rosti and Bratwurst (RM26).

Little has been changed from the original Swiss recipe of this grated potato pancake and it is served with bratwurst sausage and bacon, but this simple dish is excellent in its execution. 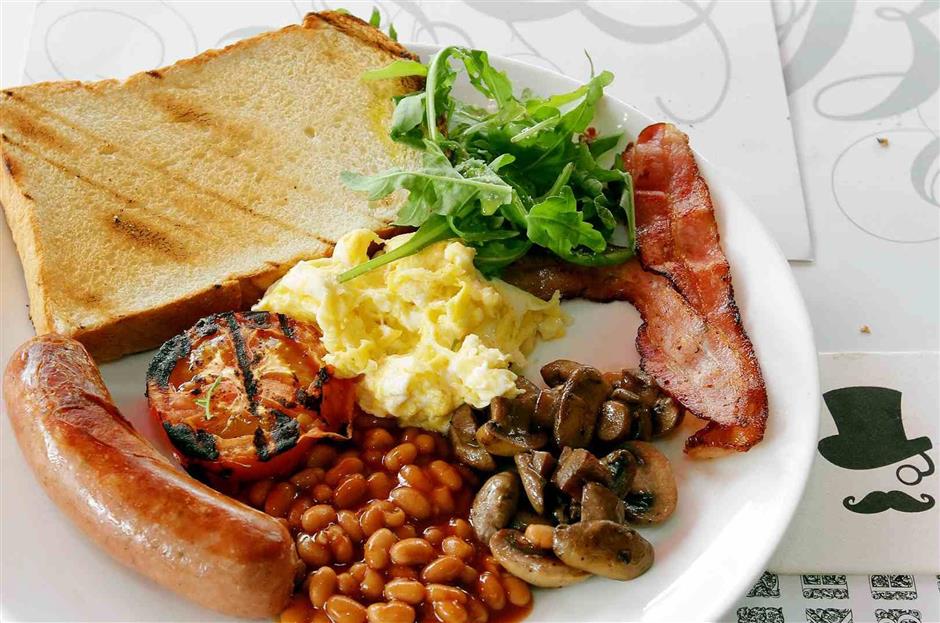 The English Big Breakfast is everything it should be and more. This ensemble uses real pork bacon, which makes it all the more desirable.

Ante has other great pork-centric dishes like the English Big Breakfast and Ultimate Pork Belly Sandwich among the 11 items on the brunch menu, but they have also added two of their most popular pastas for variety.

Of course, when it comes to crowd favourites, Ante has not forgotten their all-time favourite, the Chargrilled Pork Steak (RM46).

Ante’s bestselling item is made of a very specific cut of pork from the shoulder that combines tender lean meat and succulent fat.

Served with horseradish berry cream sauce and apple slices, it is hard to argue against their claim that a perfectly executed pork steak can outshine the standard beef steak.

Daytime diners can drop by Ante to have a taste of these creations between 11am and 4pm daily.