Nasi Beras Bario (sticky rice) and Sayur Midin Belacan will be served at the Sarawak Food and Cultural Festival 2014 from May 27 to June 6.

Dishes from the land of hornbills at Seri Pacific Hotel, KL.

Those who want to indulge in Sarawakian gourmet before planning a trip to the Land of the Hornbills, can head to the Sarawak Food and Cultural Festival 2014 at Seri Pacific Hotel Kuala Lumpur.

The festival that is on until June 6, will be a place to expose both domestic and international tourists to the Sarawak’s delicious traditional food.

“From the lush rainforests, home to the famed orang utan, to the beautiful beaches and vibrant underwater life, to the music festivals that are talk of the town, it is only befitting that we celebrate Sarawak with feast and festivities,” he said. 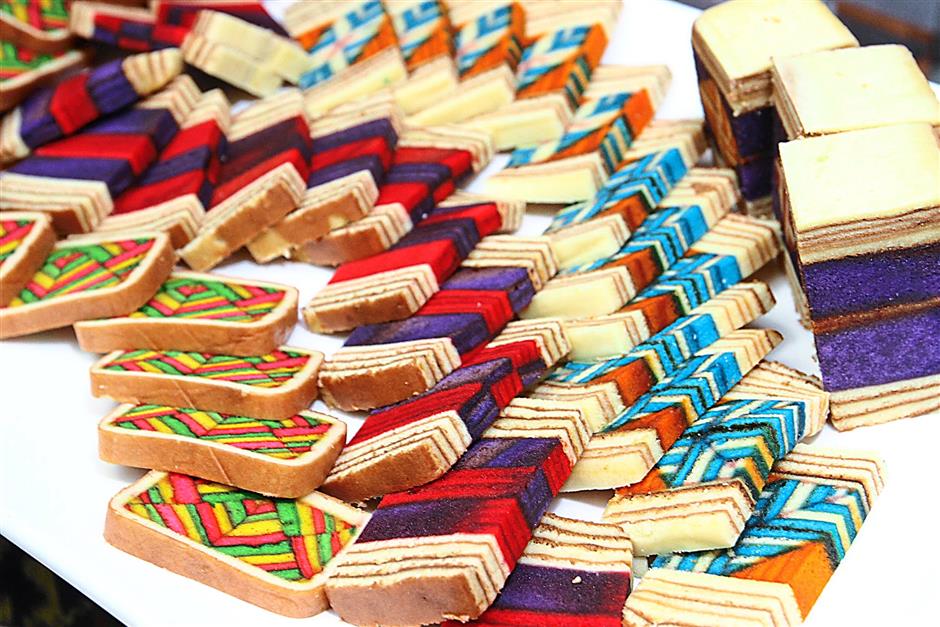 “The food is made up of natural ingredients and herbs such as wild ginger.

“The spread that will be served throughout the festival are not commonly found even in Kuching,” he said.

“The wild ginger and beef are fried together to bring out an enjoyable taste,” he said.

Another one he recommends is the bubur pedas which had various ingredients.

“It is not spicy despite it being called pedas (spicy),” he said.

When sampled, the bubur pedas quickly became a personal favourite.

It was slightly spicy which can be considered very mild.

The Daging Tepus Bidayuh was lean, simple and tasty.

The Sayur Midin Belacan is recommended to be eaten with rice as it is salty and a tad spicy.

Other food that will be served throughout the event are Manok Pansuh, Umai, Kek Lapis Sarawak, Linut, Tomato noodles and Corned Beef Murtabak.

All these will be served at the buffet lunch and dinner, priced at RM60 nett and RM79 nett respectively.

This is the writer’s personal observation and not an endorsement of Star Metro.

Putting Dr G On The Spot 4h ago