Bringing out the best in briyani

By Eating Out YIP YOKE TENG

RESTAURATEURS who claim to specialise in a common dish had better know their stuff well, as diners will naturally have higher expectations of the food they serve.

Thus, a restaurant specialising in briyani rice that meets the requirements of discerning diners, has survived the fierce competition in Taipan USJ for more than a year and continues receiving catering orders for grand functions, must have something going for it.

The Briyani, which touts itself to be the authentic briyani specialist, prides itself on a family recipe passed down three generations. 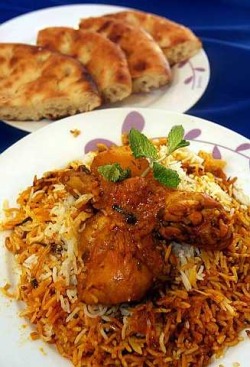 The restaurant is the labour of love of long-time buddies Datuk Faridah Omar Shah and Eza Kamariah Abdul Fahmi who have known each other since their kampung days in Penang. Their collaboration has worked to bring out the best in briyani.

Faridah inherited the recipe from her great-grandparents and her trading business often requires her to travel to Pakistan and India, where she can obtain the best spices and ingredients for the dish, while Kamariah, a good cook, presents the Briyani in all its glory.

“One of the most notable differences between our briyani rice and others is that ours is cooked with no oil at all; the rice is moistened and flavoured entirely with the juices of the meat,” said outlet director Abdul Basit Asi Nizami.

The briyani rice is available in four variants — chicken, beef, lamb and vegetable. Do savour them carefully because each is cooked with a different combination of 13 spices, meticulously put together to accentuate the meat’s flavour.

“The spices are all brought in from India and Pakistan; among the rarer ones are cardamom and fragrant water. We even use saffron from Spain that costs RM250 a pinch, but it does make the flavour very distinct,” Basit said.

“Our dishes are for the health-conscious. We do not use MSG at all, and our curries are thickened with homemade yoghurt and sweetened with tomato puree — that is probably why 55% of our regulars are Chinese,” he added. 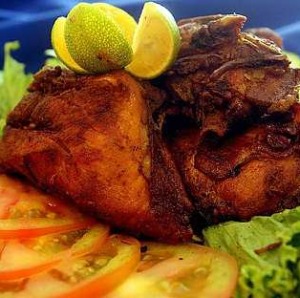 Basit also claimed that the Basmati rice used was of the top grade. “The grain is very thin and about 8mm long. Not only is the rice firm and fluffy, it has to look good as briyani is traditionally a regal dish.”

It takes more than two hours to cook the rice, and the operators have to do it up to five times daily to meet the demand of diners who want both quick service and fresh food.

The restaurant’s other offerings include Beef Kofta, Chicken Karahi and Lamb Balti Gosht, which are curries that pamper the taste buds with different flavours. “The curries are prepared differently — they are not made with the same gravy for all meats as one would often find elsewhere,” Basit noted.

Spicy Indian fried chicken and roast lamb are much sought after, too, thanks to aromas and intense flavours.

There is even something to boast of the simple naan. The restaurant serves Sheer Maal Naan — naan with generous dashes of milk — that wins one over with the sweetness and smoothness of milk.

Meanwhile, the Red Bread would best be described as Sheer Maal Naan pushed up a notch as the dough, made of whole wheat flour, milk and ghee, requires to be kneaded for at least an hour to attain the required spongy texture.

“The Red Bread is a delicacy of a tribe in Gilgit who can be called the experts in bread. We are lucky to have brought in one of the tribesmen to make it for us but we serve Red Bread only when catering for functions,” he said.

And, do complement your full-fledged briyani affair with the restaurant’s home-made lassi that is rich and fresh.