What exactly is sustainable bartending? Is it just about doing away with the straw at your bar or recycling your waste?

Not even someone like Tom Egerton, who has been championing the concept of sustainable bartending for years, can tell you the exact meaning of the phrase.

“It’s something that is quite difficult to work out. It’s a catch-all phrase for a lot of different things. It comes down to ethically sourced ingredients, being mindful of your effect on the environment,” he says.

“It’s about understanding where your ingredients come from, whether it’s the produce or spirits, aligning yourself with companies that do good, advocating for responsible and ethical practises.”

Hmm ... that seems like a lot to think about if one were to try and practise sustainable bartending at their bars.

“Well, sustainability isn’t just ONE problem – it’s tens of thousands of little problems that need thousands of little solutions. So it’s a matter of breaking down and working out what it actually looks like and addressing the individual problems,” he says.

Egerton is a passionate and well-known advocate for sustainable practises in the world of hospitality, and has even given a TED Talk on the subject before. It is an issue he started getting into during a stint at the Potato Head bar in Hong Kong in 2017.

“Before I moved to Hong Kong, I joined a cocktail competition based around the idea of more green operations (the 42Below Cocktail Earth Cup in New Zealand) and that sort of challenged bartenders to create a cocktail that was more ethically minded,” he recalls. “Then when I joined Potato Head, it was a big part of the company’s ethos to be more green and reduce carbon footprint.”

He is currently attached to bar consultants and spirits distributors Proof & Co, and he was in town recently to conduct a guest shift at Bar Trigona, Four Seasons Hotel Kuala Lumpur, as well as a masterclass on sustainable bartending and a media tasting of vermouths by Mancino Vermouth.

Egerton was at Bar Trigona Four SEasons Hotel for a masterclass on sustainable bartending and to conduct a tasting of Mancino Vermouth with the media. Photo: Wholly Spirits

So, if you’re a bar owner or bartender, what should you be looking to change in order to be more sustainable?

“It’s very different from place to place. The reality is, what you can do and what works changes from city to city, country to country,” he says.

However, the objective of it is the same – to minimise the carbon footprint of your venue.

“Whether it’s sourcing for local ingredients, recognising what waste you’re generating and how much, the first step is to understand where you are in that cycle yourself,” Egerton says.

That first step is usually the hardest, according to him, as the issues can start piling up and look overwhelming once you start taking a closer look at them.

“When you start, you might get a sense of this impossible, huge monster of a journey that can’t possibly be tackled. But what you need to do is break it down to individual components and address them one by one,” he explains.

Egerton says one of the best places to start is by taking a look at where you get your produce and ingredients from.

“One of the biggest sustainability issues bars have is with citrus and fresh produce. The carbon footprint for making sure we have citrus all year round is huge. It’s less so in the tropics, but can you imagine needing limes in December in Sweden?” he explained.

“But that’s just the popularity of certain styles of drinks. While consumers enjoy those drinks, it’s also part of our responsibility as bartenders to maybe find better solutions.”

During his visit to Malaysia, Egerton joined the team from Bar Trigona and craft spirits importers Wholly Spirits for a visit to a farm in Raub, Pahang, owned by local artisanal chocolatiers Chocolate Concierge, where he foraged and sourced for local Malaysian ingredients to use in his drinks at the guest shift.

The result was a menu of vermouth-based drinks that used locally-sourced cacao, and local fruits like rambutan, pandan, duku langsat and passion fruit, among other ingredients.

According to him, bartenders should get into the idea of “drink local, think global”, and try to find ingredients that are produced locally, and not on the other side of the world.

“Think about it – do you really need raspberry shipped from Amsterdam, or is there something you can work with locally that can replace it? Can you get something that is made here rather than shipped from the other side of the world? Or do you even need to make that raspberry cocktail in the first place?” he says.

Egerton also recommends looking at how the produce is being delivered to your bar. For instance, does it come in plastic bags that are then thrown out every day? How about getting plastic boxes with the bar’s name on them so suppliers can use those to deliver the produce instead of using single-use packaging?

“If a producer says they don’t want to do that, you can just say you’ll take your business elsewhere. You’ll be surprised how quickly people change their minds when you tell them that!” he says with a laugh.

And finally, the million-dollar question: does doing away with straws actually help?

Well, yes, he says, but adds that the no-straw movement has become such a huge sticking point for so many people that it’s become the only thing people tend to focus on.

According to Egerton, the use of straws is just one thing in the larger scale of things.

“It’s a great starting point, because bartenders use so much of them. If you make five gin and tonics, that’s five straws! The straw has become a symbol (for sustainable bartending), and it’s also easy for people to understand the issue.”

“However, it’s not the ONLY issue. It’s a great starting point, we all know about the straws now. So what’s next? We can’t be just about the straws and not change anything else,” he laments.

“Obviously there are some things you can’t change – imagine me going to Mexico and telling them, it’d be good for the planet if you let us make tequila in China! But that’s okay – you don’t need to change everything. There are little things you can do as a bartender, and bigger things that companies can do to be more responsible. You just need to be more agile and open to changing your mindset about things.”

Michael Cheang loves seeing (and tasting) more local ingredients and flavours in the cocktails at Malaysian bars. Drop him a note at the Tipsy-Turvy Facebook page or follow him on Instagram (@MyTipsyTurvy). 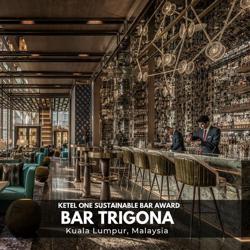 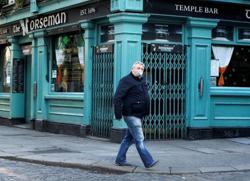 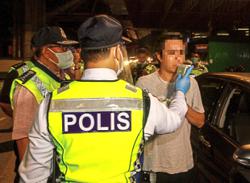