What do the 'Game Of Thrones' single malt whiskies actually taste like?

It doesn't matter who wins the Game of Thrones, at least we'll still have whisky.

Whisky is here. Diageo’s Game of Thrones Single Malt Scotch Whisky Collection is one of the hottest topics in the whisky world right now, and there is no denying that it’s one impressive-looking collection.

However, most of the conversation surrounding the collection has revolved around the link to Game of Thrones. But what do the whiskies taste like? Putting aside the commercial aspects of the range, do the whiskies themselves live up to the hype?

With that in mind, I joined a special tasting session organised by Diageo Malaysia for local online whisky community Dram Full Malaysia to sample all eight of the Game Of Thrones whiskies in one sitting.

House Tully rules over the Riverlands from Riverrun, a castle at the confluence of the Red Fork of the Trident river. Its connection with the river is what links it to the Glendullan distillery, which is located on the banks of the Fiddich river in Dufftown.

Glendullan worked well as the first whisky in the tasting – its light, fruity character made for an extremely approachable session whisky, but it unfortunately got a little overshadowed by the rest of the whiskies in the range.

In terms of packaging, the Game Of Thrones Oban Bay Reserve is the one that stands out the most with its striking black bottle.

The “odd one out” thanks to its stark, black packaging. The Northernmost distillery in Diageo’s portfolio, the Oban distillery is situated between the west Highlands and the Islands of Scotland, separating land and sea, the same way Castle Black, home of the Night’s Watch, sits on the border of Westeros and the lands beyond The Wall.

After the light nature of the Glendullan, this was quite a step up. Light on the nose but rich on the palate, there’s a distinct cherry note that stood out quite prominently for me, but at the same time, also a spicy, dry character on the finish.

It’s not dark like the Night Watch, but you can imagine drinking this on a cold, cold night while on watch on top of The Wall.

Dalwhinnie is one of the highest distilleries in Scotland, cold and remote much like The North which House Stark calls home.

I’ve always loved the core Dalwhinnie 15YO’s signature honeyed note, and happily, this one retains that sweetness and also adds a subtle spicy note. Winter may be coming for House Stark, but at least they’ve got a nice sweet whisky to go with it.

This was my favourite of the eight. I’ve always liked Cardhu (the core 12YO is one of my favourite whiskies), but this one stood out for me with its creamy mouthfeel, honey and biscuity notes, which segued into a sweet finish that reminded me of honey-filled white chocolates. A lovely whisky that, thankfully, wasn’t born of fire and blood.

Ruled by House Tyrell of Highgarden, The Reach is a lush and fertile region of Westeros, much like the Clynelish distillery’s location in the Scottish Highlands, rich with green pastures and rolling hills, with scenic views of the North Sea.

With its signature floral and maritime notes, Clynelish is one of the most distinct malts in the Classic Malts range.

This expression has the highest alcohol base volume (ABV) of the eight malts (51%), which draws out those floral notes even more, and gives it a much more complex character than the core Clynelish 14YO.

The Game Of Thrones began with the death of King Robert Baratheon, and it is his royal house that is paired with Royal Lochnagar, which was granted a Royal Warrant after Queen Victoria and Prince Albert visited the distillery in 1848.

This is arguably the most interesting of the eight drams, with hints of incense and sandalwood, balanced fruity, spicy notes and savoury soy-like flavours. One guest even commented that it reminded him of tau foo fa!

The Cardhu Gold Reserve was one of the favourites of the night.

House Greyjoy, rulers of the Iron Islands, is a fitting pairing for Talisker, which is located on the shores of the Isle of Skye, one of the most remote and rugged areas of Scotland.

This turned out to be the favourite among most of the guests at the tasting, with its subtle yet prominent smoky flavours, and an almost seaweed-y note that ends with a mouth-coating smoky sweetness.

The same way a Lannister always pays his debts, the Lagavulin will always be part of any significant collection of Diageo single malts.

The connection between the distillery and House Lannister is loose at best (something to do with the way Lagavulin is made and the “meticulous calculation and tenacity employed by the Lannisters”), but the whisky doesn’t disappoint – a rich, smokey whisky that retains Lagavulin’s signature rich, peaty flavours.

What do the 'Game Of Thrones' single malt whiskies actually taste like? 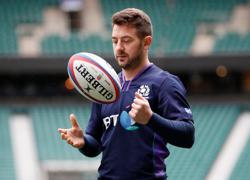 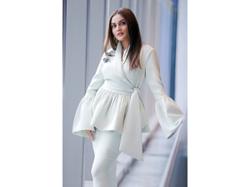 Cameraman in ICU after returning from Scotland