Over 15 years ago, avid foodie Jason Ng decided to take his love for food to the next level. So he gave up his job in the property sector and with his wife Yen Chia, started his own restaurant called Rue Ee.

Positioned in a quiet street in the older township of OUG in Kuala Lumpur, Rue Ee flourished and quickly became a neighbourhood favourite. Given that about 80% of restaurants do not survive past the first two years, Rue Ee’s longevity is no fluke – the restaurant serves some seriously good Chinese food.

But like most good restaurateurs, Ng knew that old dogs could – and should – learn new tricks. Which is why, nearly three years ago, he decided to make the relatively rare Teochew Shantou fish pot his eatery’s flagship dish, even going so far as to change the restaurant name to Rue Ee Teochew Fish Pot.

“Actually, one of my customers had tried it in Singapore where there is a big Teochew community, and asked me if we made it. Coincidentally, my chef worked in Singapore for many years in a three-generation Teochew restaurant, so when I checked with him, he said, ‘Yes, why not?’. So we made our first pot, and that was that,” says the jolly Ng.

There is a harmonious symmetry in the flavours and textures of the jaw-droppingly good Teochew fish pot.

And it’s not hard to see why the fish pot idea has proven so inspired. Because Rue Ee’s Teochew fish pot (RM78 for a small portion) is take-your-breath-away good. The soup is made using old chicken and dried fish and to this, ingredients like dragon grouper fish, salted vegetables, Chinese cabbage, yam, tofu and tomatoes are added. Because Ng believes the seafood has to be as fresh as fresh can be, he only uses live fish to make the dish (and other fish dishes on the menu).

Ng and his wife Chia started Rue Ee 15 years ago and have continued to grow stronger over the years.

The resulting concoction is nothing short of stupendous – a milky, sumptuous broth that undulates with tangy undertones and is so addictively good, you’ll fight your dinner companions to the death for every last drop.

Because authentic Teochew fish pot is hard to find in KL (few others make it quite as well as this), Ng says his customer base is driven by people who come for this singularly unique dish. “I think 80% to 90% of my customers come for the fish pot. Some people even come from Singapore to try it,” he says.

But Rue Ee is no one-trick pony, by any measure. The restaurant also serves up a whole range of other delectable Chinese fare (mostly Hong Kong-style dishes) and you’d do well to try as many as you can. Like the stir-fried crabmeat with fresh milk (seasonal price). “This is a Hong Kong-style dish that even a lot of larger restaurants don’t have, because not a lot of chefs can make it,” says Ng.

The meal is a light, delicate configuration of egg white, milk, plump tufts of Australian mud crabs, fresh scallops and dried scallops, with the egg whites in the mixture forming a gentle moat upon which the crab meat and its scallop bedfellows lie together harmoniously.

Then there is the special claypot fish (seasonal price), made up of a large grouper cooked in five different Chinese wines, like rice wine, Shaoxing wine and rose wine. The final product is outstanding – a voluptuously tender whole fish basking in the glory of a sauce that has soaked up the very essence of the wines, leaving an underlying, lingering sweetness that proves instantly bewitching (especially when coupled with a bowl of rice).

It might look wan and lacklustre, but the stir-fried crab meat with fresh milk is a delicately-balanced delight.

And there’s more goodness to come, in the form of the barbecued Iberico pork belly (RM76 for four pieces). The pork, which is sourced from Spain, is lightly marinated before being barbecued over a charcoal fire. The attention that has gone into bringing out the natural succulence of the meat is apparent from the first bite, and you’ll discover a smoky outer layer that contrasts incredibly well with the malleable, melt-in-the-mouth tenderness of the meat. It’s a simple dish, but one that will no doubt find fans in diners looking to really enjoy this superior piece of meat in all its au naturel glory.

The Hong Kong style stir-fried Canadian scallop (RM48 for a small portion) is another crowd-pleaser made up of roly-poly, perfectly plump scallops cooked to perfection – each morsel is pliant but retains some springiness and bounce. The meal is jazzed up a little with the addition of truffle sauce, which gives it rich, earthy notes.

Perfectly-cooked scallops are juxtaposed with a delightfully opulent truffle sauce in the dish of stir-fried Canadian scallops.

Next up, try the seductively appealing braised goose web with oysters (RM148 for four pieces). The goose web is cooked very well, with skin so tender, you could literally peel it apart. Under the skin is a mixture of bone and cartilage, which alternately provide silken soft nibbles and harder bites. The sea cucumber and oysters in this amalgamation add texture and dimension, but let’s be clear – the goose web is the real show-stopper here.

The goose web has been cooked well and this is reflected in every mouthful.

The Teochew-style mixed vegetable dish is underscored by crunchy vegetables that offer firm bites of flavour.

On the vegetable front, try the Teochew-style mixed vegetables (RM38 for a small portion) which features 12 different vegetables like bell peppers and bean sprouts alongside fat prawns and candied walnuts. The vegetables have been cooked to retain their crunch, and this firm bite proves extremely alluring, especially when combined with the thoughtful addition of candied walnuts. It might not be the most memorable dish at Rue Ee, but it’s a pretty solid one.

The Hong Kong style claypot waxed meat rice is a great take on a classic dish.

End your meal here with a dose of familiarity in the form of the Hong Kong-style claypot waxed meat rice (RM148 for a large portion). Popular during Chinese New Year, the rice is filled with generous portions of lap cheong, waxed duck and liver sausages among others, and is a satisfying version of a classic dish.

There are few places where every dish hits a high note, where the overall meal is the gastronomic equivalent of a star-studded Oscar-worthy cast giving their very best performance. But Rue Ee proves that sometimes the underdog – the unassuming mum-and-pop joint with none of the slick sophistication of its larger, more cosmopolitan banquet-style brethren – can end up winning after all. 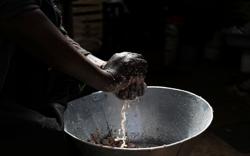 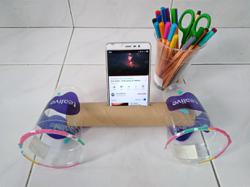 How to make loudspeakers from plastic cups