In the Stone Age, people were wily hunter-gatherers who ate everything they killed or grew. Little would have gone to waste because throwing away food meant potentially not having anything to eat the next day.

Fast forward to today, and it is a troubling but undeniable truth that modernity and evolution have bred absurdly nonchalant attitudes to food. And nowhere is this more evident than with food wastage, which has proliferated in tandem with the abundance and ease of access to food.

According to the United Nations’ Food & Agriculture Organization, one third of food produced for human consumption is lost or wasted globally – this translates to 1.3 billion tonnes a year. In Malaysia, government agency SWCorp Malaysia estimates that locals generate 15,000 tonnes of food waste a day!

While many local organisations like Food Aid Foundation have risen to the task of collecting surplus food from hotels and food discarded by supermarkets to send to soup kitchens and orphanages, few other endeavours seem to exist.

Which is what makes pop-up restaurant ReTaste in Sweden (restaurangretaste.se) so interesting. The restaurant operates contrary to almost every known dictum in the F&B world: it collects food discarded by supermarkets and transforms whatever (and whatever is the key word here) it receives into delicious food.

Osborne (left) and Ekman are the co-founders of ReTaste.

Svensson has been named by the Culinary Institute of America as one of the Plant-Forward Global 50 chefs and is renowned for his plant-centric menus.

“The idea of creating a restaurant using the food waste from supermarkets came to the team seven to eight years ago. However, when approaching supermarket partners at that time, there was resistance rather than a willingness to get involved at that time. It was not an issue that they were keen to discuss,” says Ruth Osborne, ReTaste ambassador and co-founder of Retired Hen, the consulting company behind the restaurant.

“However in the past few years, food waste has become a hot topic and off the back of three of our team taking part in wastED London (the food waste pop-up from Dan Barber of Blue Hill at Stone Barns, New York) we decided to have another attempt at bringing it to life. Now many supermarkets were happy and proud to be part of the discussion and wanted to enable change through being part of the solution.”

Food that might typically be discarded in homes or restaurants are given new life at ReTaste, like this dish of bread pasta ravioli, broccoli cream, sause beurre blanc and ground elder, which makes use of mature broccoli.

ReTaste is a collaboration between Retired Hen, which handles the project development and management of ReTaste; and Pauls Kok, a kitchen consultancy company that provides direction, inspiration and recipes and helms the day-to-day operational end of the eatery.

Osborne and her partners – chef and co-owner Paul Svensson (named by the Culinary Institute of America as one of the Plant-Forward Global 50 chefs) and chef and co-owner Christofer Ekman – are running the pop-up on a six-month trial run which ends in October, and so far, response has been so encouraging that even Crown Princess Victoria of Sweden has dined there.

The restaurant works with two supermarkets – COOP and Willys and visits one or the other each week to collect food discards. Food is collected on Monday and Tuesday mornings and the restaurant is open on Wednesday and Thursday nights, so creativity and ingenuity has to be applied constantly as there is a two-day turnaround period and no telling what the restaurant will get on any given day. In MasterChef terms, it’s like being given a mystery box of ingredients day after day with no end in sight.

“The menu changes week in, week out as the produce is completely unpredictable. However, there are a few things that we always get. About 80% of the collection is fruit and vegetables, with some bread and small amounts of meat and dairy. It’s pretty much the proportions for how we see a balanced diet – plant-forward with some cereals, meat and dairy on the side. It’s fun to have to think outside of the normal and apply high-end chefs’ skills and techniques to whatever lands in our delivery van each week,” says Osborne.

So what can you expect to eat at ReTaste? The menu is both eclectic and inventive, making use of techniques like dehydration and fermentation to extend the life spans of foods. Some foods are repurposed – a mature broccoli might find a second career as a stuffing while off-cuts are used to add flavour or texture.

Interesting sounding-dishes on the evolving menu include tartar of air-dried carrots and salmon head meat with a barbecued salmon head emulsion, fermented carrots and salad core. Then there is bread ravioli filled with mature broccoli flowers and fresh cheese made of one-week-old milk. Another unique menu option that the restaurant has served up is fermented cabbage beurre blanc and blackened broccoli stem.

“These dishes are created from products that we received both the same day and some weeks before. The whole idea is to preserve flavours at the same time we create dishes. So some of the products we get the same day are presented weeks later to force the conversation into: what do we consider is old food? And what are exclusive flavours?” says Osborne.

Although ReTaste works hard to use every bit of the food waste they receive, Osborne admits that some things simply cannot be consumed, but even these inedible items don’t simply get chucked into a bin.

ReTaste rescues fruit and turns it into beautiful meals like this poached peaches with lilac sabayonne, cream parfait and sweet cicely and meringue.

“We have received many punnets of soft fruit where only one or two berries are soft and very overripe – these can’t be used and get thrown but then you are left with a huge amount of perfect fruit which would otherwise have been wasted that we can now turn into delicious meals for our guests. We try our best to find a use for as much as possible that comes into our kitchen. The food we cannot use goes either to compost or to creating bio-gas for the city transport. We don’t send any food to a landfill,” she says.

Even the tableware at ReTaste is sustainably made, and includes plates made from old waste clay and smashed blue mussel shells, compost and old coffee grounds.

The restaurant’s approach to sustainability even extends to tableware – water glasses are crafted from old water bottles, heat mats made from drink caps and a ceramist from Stockholm makes their plates, using old waste clay and waste products to create crockery made with smashed blue mussel shells, compost and old coffee grounds!

Given the modern obsession with perfect-looking produce and meals that resemble celebrity chef-worthy creations, ReTaste is a timely reminder that food shouldn’t be wasted simply because it doesn’t look ravishing.

“We all expect things to look a certain way, and the Instagram generation is sucked into the aesthetics of everything we consume which is adding fuel to what was already a fire. We need to cajole and encourage the consumer to try new things, embrace the taste and really see through the filter of perfection to the flavour that is harnessed in all foods that we have available to us – even if they don’t look quite as we expect or if one in the packet has gone soft and squishy,” says Osborne.

While ReTaste is still in its trial run, Osborne says they will be doing a full evalution after the period ends to look at the possibility of transforming the pop-up into a permanent restaurant.

“I think it would be very exciting to be able to take ReTaste around the world and help highlight this problem and inspire others to take it on within their communities. We plan to do a thorough analysis of what we have achieved and whether it could work long-term at the end of our six-month run. Watch this space!” she says. 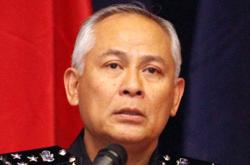 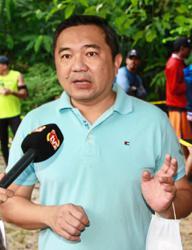