Botak Liquor Bar adds yet another dimension to Chocha Foodstore

Drinks at Botak Liquor are built around the bountiful pantry of local produce, including from the owners’ own farm garden.

The intriguing space that is Chocha Foodstore – and its concept-within-a-concept, Botak Liquor Bar – is all about purity and natural expression.

That means allowing the former Mah Lian Hotel – a hotel in the front, with a back portion that served as a brothel – on Petaling Street to remain true to its history, and steeped in evocative atmosphere.

“This building dates back to the 1920s, and along the path of time, it has housed different businesses,” says design architect Shin Chang, 34.

He is one point of the triangle of ownership, along with his sister Li Youn Chang, 29, and his girlfriend, Penny Ng, 36.

Both Li Youn and Ng come from interior design backgrounds; at Chocha, you’ll find them in the tea and coffee bar, or in the kitchen, where everything is made from scratch.

Chocha and Botak Liquor aim to showcase the best of home-grown produce on the plate – in vibrant, unpretentious modern Asian offerings of local Selangor mackerel cured with beetroot, barramundi from Sabah, or squid with a “Chinese tapenade” and lychee lemongrass vinaigrette – and in the glass, where star fruit and curry leaves give Pisco otherworldly dimensions, and farm-fresh papaya and cili padi prove an effective but surprisingly subtle elevation for light rum.

The sunken bar at Botak Liquor, overhung with plants.

A small farm plot behind the neighbouring houses of Shin and his mother partly fuels both kitchen and bar, although more of it ends up in Botak Liquor’s cocktails – from pomeloes to passion fruit and papaya, ulam raja and chillies.

Shin can sketch an eloquent tracery of the building’s history and the larger area, to the point that it’s almost tangible, visible. Who better to envision what a space once was, and what it wants to be now?

“We want to see Chinatown’s lost identity returned – it’s not all about brothels and dirty streets and knock-offs. To me, Chinatown has always been a trade centre first. My childhood memories of this place are of eating dim sum, of visiting the wholesale warehouses. Of the tailors, watch repair shops, the coffin shops – some of which are still here.”

A melange of vintage tiles – from elongated, iridescent pastel rectangles to hexagonal chips laid out in a regular field of white flowers – combine with stripped-down concrete walls, old school iron grilles and antique light fittings and furniture to create a context-rich interior.

Shin has left the shells of the rooms somewhat intact, inserting windows and doors without fully breaking down the delineation of space, so that Chocha feels a bit like a warren, a city of streets within the building itself.

It’s a beautiful space, clearly contemporary but with the weight of ages to be appreciated and recognised.

There were originally 14 rooms, although much of the interior of the building had collapsed into ruin when Shin first saw it. After four months of remodelling, Chocha opened in July 2016.

“We’ve had former residents come in to see the place – there was a visitor from the Netherlands, who had rented a room for a while in 1986,” said Shin. The visitor showed him where he used to stay, the space that Shin has now turned into his own office, and a workshare space for rent.

“And there was a lady who remembers staying here from the time she was five years old,” he said. “Her father had set up a fortune-telling business in the front room. You see, the concept of an integrated living-workspace is old, not new!”

It has found an echo in Shin and his partners, who always envisaged Chocha as a place to seed and grow collaborations, with a nod to the tradition of many vendors, one roof, that Malaysians are very familiar with.

The Bunga Kantan x Pumpkin is one of those cocktails you just don't see coming - it looks like a pretty wine cocktail, but actually boasts some toasty, savoury flavours.

“Collaboration is important because you can’t do everything yourself, and also you get to learn from each other,” he said. “It’s about seeing the bigger picture and realising how everything links together.”

Botak Liquor is part of that bigger picture; while it also falls under the purview of the owners, Giri Pancha, 28, is the main man behind the bar, while Rick Joore of Troika Sky Dining helped to create the opening menu.

Botak Liquor is a small space with a tropical character – a glorious burst of green hangs over the sunken bar, hanging pots housing large greens and individually-irrigated, upside down plant clusters lending both edgy attitude and a sense of calm. Cocktails may go downstairs to Chocha diners, but the food stays downstairs – a bar snack menu is in the works.

Only white and unaged spirits have a home here. “We like their clean, pure flavours,” said Shin. These include savoury, earthy unaged whiskies, and unusual Australian applewood gin and Balinese rum, but labels aren’t given a lot of emphasis on the menu.

“We just don’t want people to have preconceived notions of their drinks, if possible,” said Giri.

Pick from the Botanical page for the floral, aromatic drinks like jasmine and tarragon with gin and suze, or bright orange carrot juice spiked with pineapple Pisco, own-grown kaffir lime and a house-made hot sauce that adds a lightly fiery edge.

It may look delicate, but the Jasmine x Tarragon cocktail at Botak Liquor Bar packs a gin punch.

“The Exotic list has some more unexpected combinations, like nangka (jackfruit) and grapefruit,” said Giri. “We do love our classic cocktails – I love a good Negroni – but we also like to wing it, even do savoury cocktails.”

Also unique to Botak Liquor: cocktails on tap, which are both faster to get into your glass, and have more texture. “You get more body, and a slight fizziness without adding any soda water, so that there’s no dilution,” said Giri.

The cocktails on tap tend to be heavier on the spirits, house-made syrups and liqueurs, so that they don’t break down too much.

Botak Liquor opened in September, adding one more facet to the jewel that is Chocha – and Shin is hardly ready to proclaim it finished.

Drinks at Botak Liquor are built around the bountiful pantry of local produce, including from the owners’ own farm garden.

“Spaces are about more than a facade: they are about the surroundings, interior, the feel – the whole journey,” said Shin. “You cannot move forwards without knowing your history. You have to link that past and future together to move onwards.”

Chocha and Botak Liquor are all about preserving the best of the past in amber, and moving onwards, upwards and outwards in a determined, evolutionary – and inspiring – trajectory.

Botak Liquor Bar adds yet another dimension to Chocha Foodstore 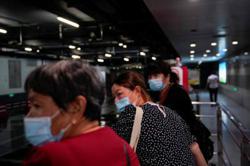