Extensive set and a la carte menus for CNY

Low showing some of the dishes prepared by the team for Chinese New Year.

“It is a great chance for me to work with new menus and cooking styles every year,” said the 55-year-old chef with more than 30 years’ experience.

“For me, the challenge is to create dishes that appeal to both the young and old. Hence, my approach is for a traditional-meets-modern, East-meets-West fusion.”

Low, who specialises in Hong Kong Cantonese and Sichuan cuisine, said he also relished the task of having to prepare halal meals at Putrajaya Marriott’s Chinese restaurant to cater to Muslim diners.

For get-togethers and to celebrate Chinese New Year, there are the Good Returns Set Menu, Year of Prosperity Set Menu and Good Fortune Set Menu, which are priced at RM988++, RM1,388++ and RM1,688++ per table of 10 persons respectively.

For a more contemporary dining experience, the restaurant also has an Individual Fusion Set Menu during the Chinese New Year promotion period. It is priced at RM198++ per person.

Meanwhile, the Chinese New Year a la carte menu features eight symbolic dishes for the auspicious period, and are priced from RM25++ per portion onwards.

Low showing some of the dishes prepared by the team for Chinese New Year.

The a la carte dishes are priced from RM12++ per portion onwards, while the dim sum buffet is priced at RM68++ per adult.

The yee sang is available from Jan 30 to Feb 14 for eat-ins and takeaways.

This is the writer’s observation and is not an endorsement by StarMetro.

Extensive set and a la carte menus for CNY 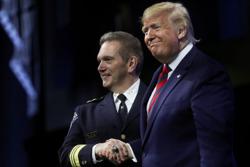 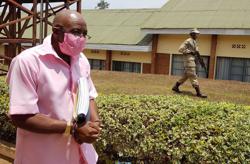 Family of 'Hotel Rwanda hero' calls on United States, EU and Belgium to help free him