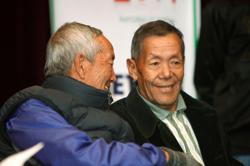 A British guide believes that rapid ascents of the world’s tallest mountain are better. But it involves sleeping in low-oxygen tents for weeks beforehand.

Raise your game, skip the queues and scale the world’s highest peak in 42 days.

Ballinger’s “Rapid Ascent” programme, which, at around US$79,000 (RM255,000) is roughly double the cost of other Everest expeditions, aims to overturn the conventional wisdom that it takes 10 weeks to reach the top of the 8,848m peak.

“The best way to climb Everest is to do it fast – spend less time hanging around at base camp and avoid the queues as you approach the summit,” said Ballinger from his home in Squaw Valley, California.

The 38-year-old plans to slash the time spent acclimatising to high altitude by requiring clients to sleep in special hypoxic, or low-oxygen, tents for eight weeks before they go.

Nitrogen is pumped into the sealed tent to recreate a high-altitude environment by reducing oxygen levels so that the body adapts to thinner air.

“People are going to be in stronger shape for the summit push, since they won’t have spent two months going up and down the mountain to acclimatise, losing weight and muscle in the process,” he said.

Although hypoxic tents have been used by runners to build up lung capacity as part of their training, only a few climbers have tried to acclimatise with them, and none with Ballinger’s reputation.

The elite mountaineer is one of a handful of Western climbers to have assisted local sherpa guides in fixing ropes to the Everest summit.

Gregoire Millet, director of the Institute of Sport Sciences at the University of Lausanne, Switzerland, said that the benefits were “limited“. 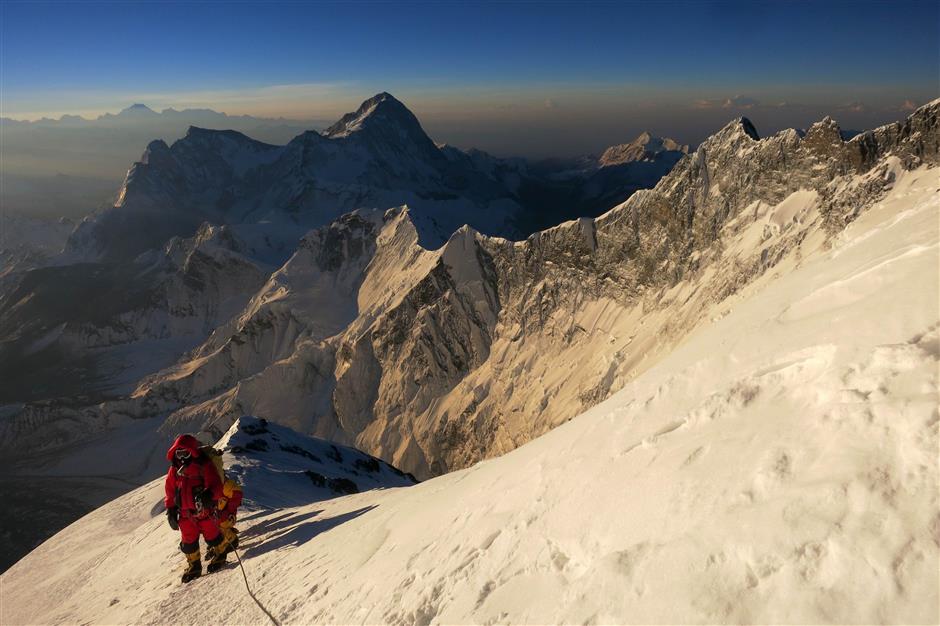 Climbers making their way towards the South Summit of Mount Everest.

“There hasn’t been any research on the impact of sleeping in a tent over a period as long as eight weeks, but it is always better to acclimatise at real altitude,” Millet said.

The risks involved don’t faze Ballinger, who says that it was “the uncertainty of mountaineering” that compelled him to scrap plans to attend medical school and pursue a career in climbing instead.

By the time he founded Alpenglow Expeditions, he was 28 years old and working extra hours as a car valet to support his passion.

As the company grew, he struck a deal with Russell Brice, owner of top expedition outfit Himex. 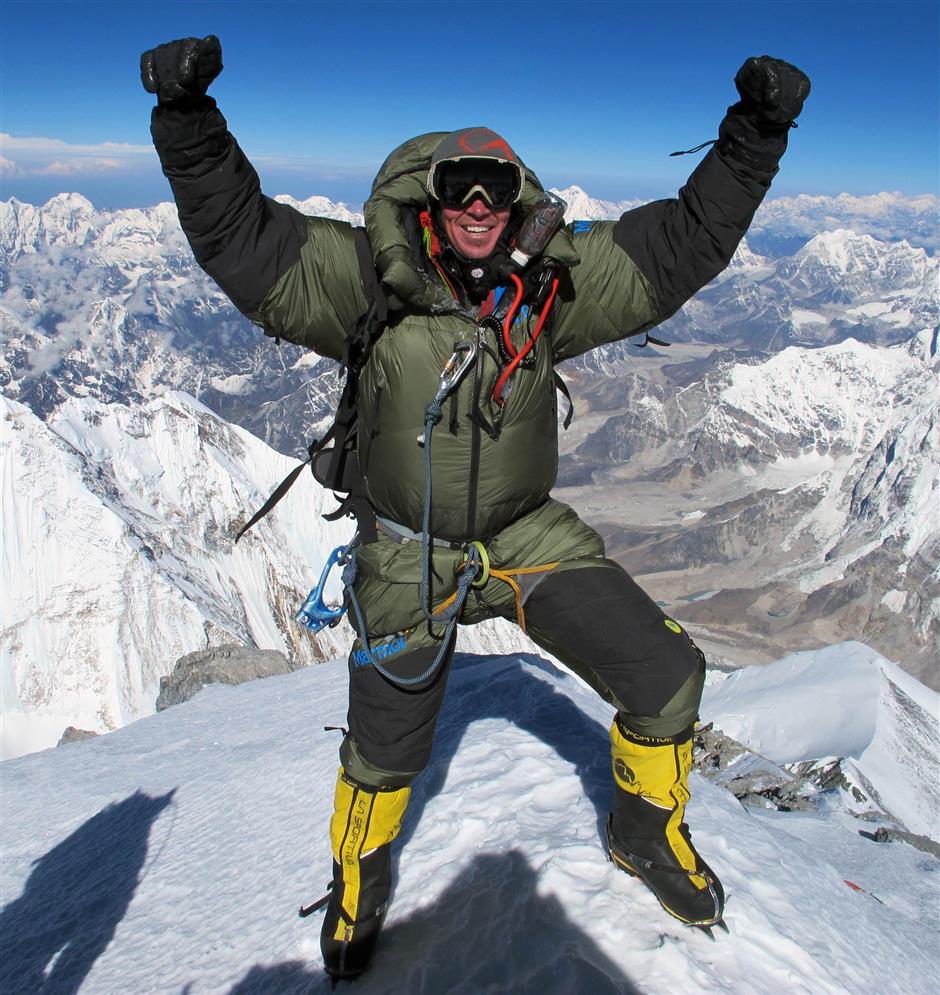 Founder and head guide of Alpenglow Expeditions Adrian Ballinger celebrating on May 18 last year as he reaches the summit of Mount Everest for the sixth time.

By 2012, he was convinced of the need to attempt a faster ascent and, crucially, cut down on the number of trips through the treacherous Khumbu Icefall, where an avalanche last April killed 16 sherpas in the deadliest day on Everest.

“My fear of the icefall was the biggest motivation in creating the Rapid Ascent programme,” he said.

After a successful trial run last year with a Russian businessman, Ballinger planned a 2014 Everest summit push that would slash sherpas’ trips to 10 each way, with clients making only a single ascent through the icefall. 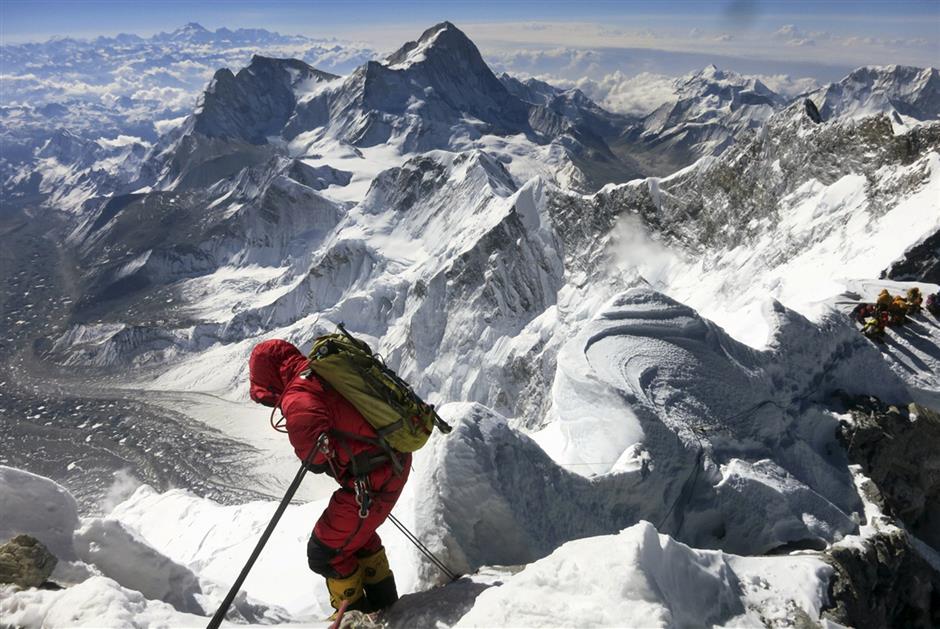 One small step for man, one giant step for mankind: A climber tackling the Hillary Step on the way down from Mount Everest.

But the April 18 avalanche and subsequent shutdown of the mountain from the Nepalese side forced him to scrap his plans and move future operations to the Tibetan side of Everest, with Nepal deemed “too unpredictable” for business.

The disaster sparked a labour dispute, with sherpas calling for better compensation and benefits.

It also cast an unflattering spotlight on the massive mountaineering industry that sees scores of foreigners paying huge sums of money to summit the peak.

As one of the most expensive operators on the mountain, Ballinger admits that “Everest could do with some management – it’s become too much of a bucket list item for people“.

“The Nepal Government needs to crack down on unscrupulous operators ... and insist that clients come with more experience,” he said. A climber using a ladder to cross a crevasse on the Khumbu Icefall on Mount Everest.

He requires his clients to have scaled at least one peak over 8,000m before attempting Everest, so they can confidently unclip themselves from fixed ropes on the mountain and use crampons and ice axes to steer clear of crowds clogging up the route.

Not everyone is convinced. Kathmandu-based mountaineering expert Elizabeth Hawley questioned the viability of only taking experienced clients, dismissing accelerated ascents as “a bit of a gimmick”.

“It isn’t going to catch on – a few people might sign up, but amateur climbers won’t be able to do it. And that’s where the money is,” said Hawley.

Ballinger is undaunted. “Obviously, I want my business to do well, but if this new approach means a potential cut in my revenues initially, then I am OK with it,” he said. “I feel strongly that this works, that this is a better, safer way to climb Everest. A decade from now, most if not all Everest climbs will be on a rapid ascent schedule.” — AFP 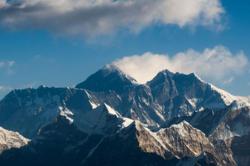 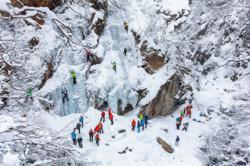