Ain't she a lucky shopper!

Girls' day out: Jovitta with her mother during an afternoon of shopping galore at Pavilion Kuala Lumpur.

This lucky Australian won a shopping spree in the Experience The Best Of BBKLCC contest.

JOVITTA Williams sure does know how to shop – and she derives great enjoyment from it too. Not surprising, as the 23-year-old final-year medical student from Sydney, Australia is a self-professed “avid shopper”.

Williams recently displayed her prowess at Pavilion Kuala Lumpur. With Star2 in tow, she went on a shopping spree in the mall to spend her winnings from the prize she got as the winner of the Experience The Best Of BBKLCC contest.

Organised by the BBKLCC Tourism Association, winners of the contest were awarded a RM50,000 shopping experience. This comprised a debit shopping card of RM20,000, return flights and accommodation worth RM20,000, and a RM10,000 watch voucher.

Williams was born and raised in Melbourne, but she is now studying in Sydney. This isn’t her first time in Malaysia though. It was during her last trip to Kuala Lumpur that she entered the BBKLCC contest. 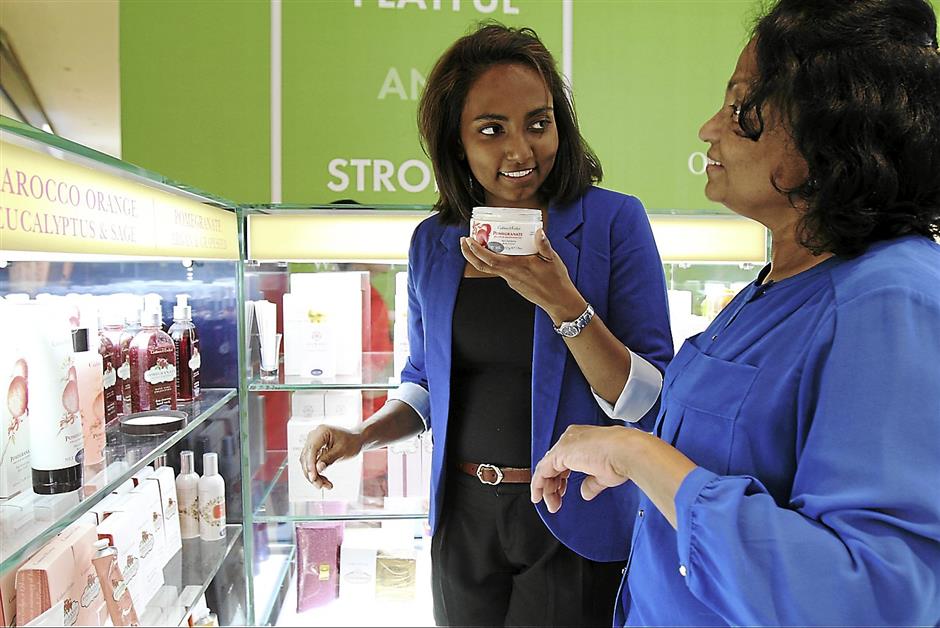 Fun times for mother and daughter at the Crabtree & Evelyn outlet.

Expressing her love for the country, she says that Malaysia can be hot and humid – “The weather messes with my hair!” she exclaims – but its people are so friendly. Aside from that, she thinks the shopping here is fantastic.

She explains: “With Malaysia, you don’t measure the time you spent shopping in terms of hours. It’s more like days – at least for me it is. Maybe it’s because you have a wider variety of brands here compared to Australia.” 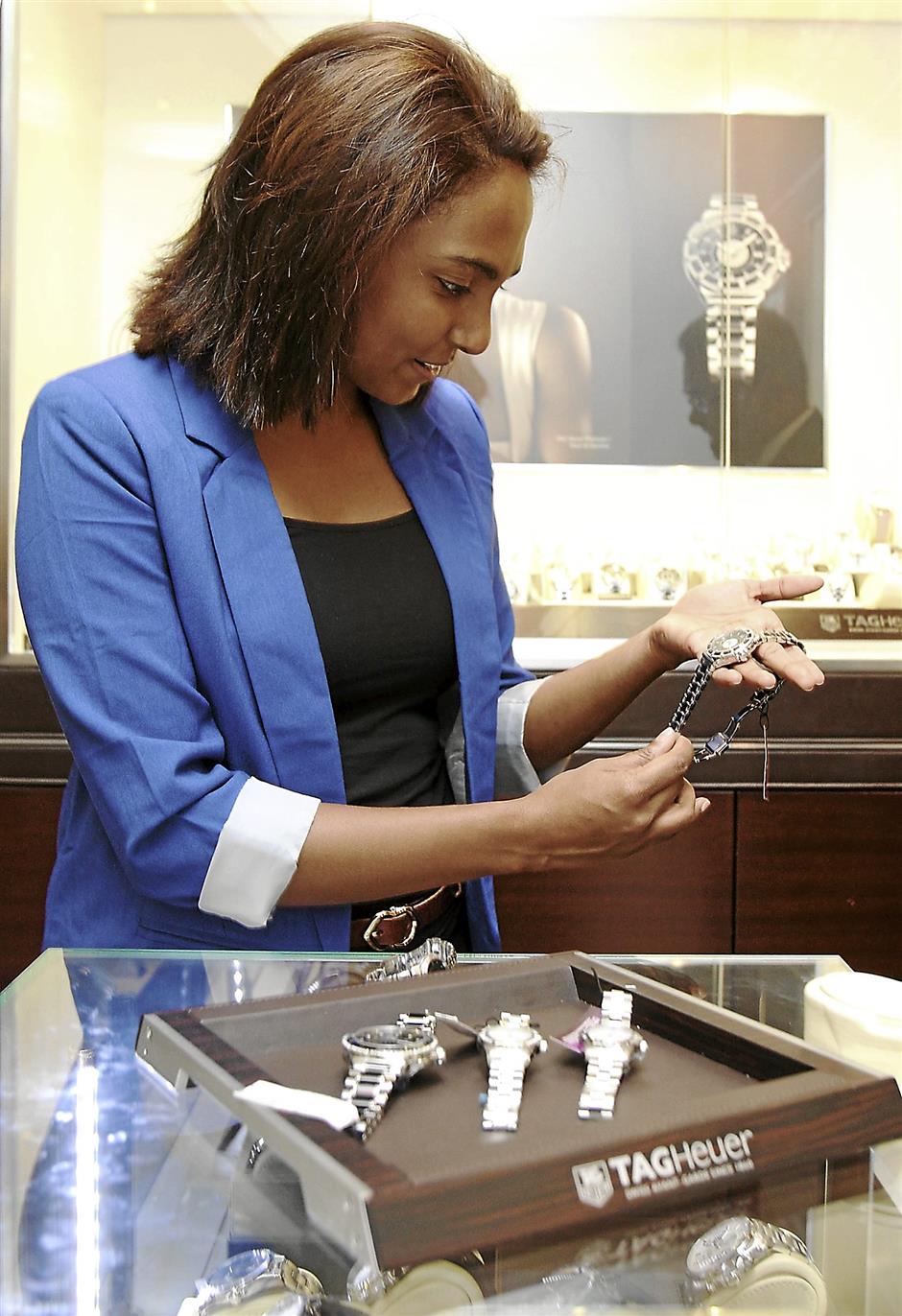 Picking out a timepiece for dad at Swiss Watch Gallery.

On the day she was tailed and photographed by us, Williams had already spent three quarters of her winnings. After having done seven days worth of shopping in the city, she had three more days to go before flying back to Australia.

So where did she go in the afternoon? Joined by her mother, Yasmin, 56, the duo first headed to Swiss Watch Gallery to look at some timepieces. Williams was looking to pick out a watch as a gift for her father. 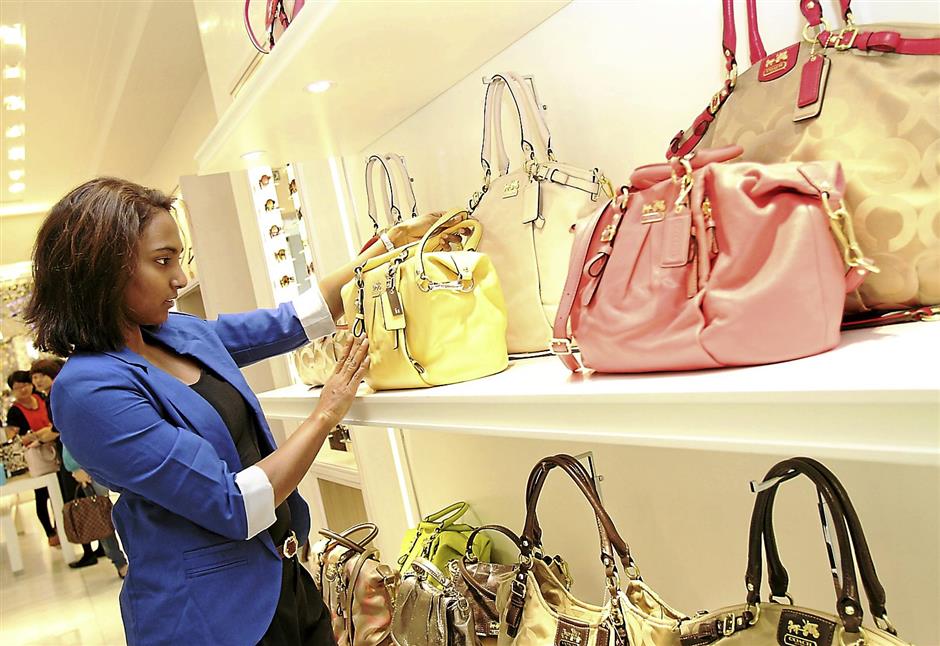 Williams satiating a girl’s love of bags at Coach.

Then it was off to homegrown fashion store Eclipse. There, Williams purchased a sleek, chic dress that she says can be worn for special occasions like weddings, engagement parties and birthdays. To accessorise, it was the Coach store next to try on their range of sunnies and bags.

Williams also paid a visit to Swarovski to have a look at some bling. A girl can never get enough jewellery. Finally, it was a stop at Crabtree & Evelyn, where the mother and daughter pair had great fun testing products and taking whiffs of the different scents the brand carries.

“It was actually my mother who persuaded me to join the BBKLCC contest. I’ve never joined a contest before and didn’t think I would even win,” says Williams.

“I wrote more than 20 slogans for my different entries. I’m not sure which won, but I’m just glad that I did. This whole experience is not something I will ever forget.”