The man behind the Malaysia Book of Records

Danny Ooi dares to dream and believes that all things are possible.

THE Malaysia Book of Records (MBR) holds within its pages extraordinary feats by ordinary individuals. It embodies the indomitable human spirit and the quest for excellence. Even how the MBR came about is a remarkable story of one man’s steadfast refusal to acquiesce to defeat.

When MBR was first launched on July 11, 1995, it was a near disaster and chalked up losses of RM800,000 within the first three years. Its founder, Datuk Danny Ooi, refused to give up even though his two partners pulled out.

“This year is the 18th anniversary of MBR,” Ooi, 58, proudly announced. “The project is now a success because Malaysians are record-oriented and there’s a body to recognise them. The MBR was also made possible because of then prime minister Tun Dr Mahathir Mohamad’s Malaysia Boleh! campaign.”

The idea for MBR came to Ooi while he was on the way to work one day. He heard the chiming of the clock at Sultan Abdul Samad Building and was reminded of the story of a cyclist from India who attempted to cycle his way into the Guinness Book of World Records. Ooi thought, “Why not start something to record people’s feats of creating or breaking records?”

“Initially, I discussed the idea with some friends. They thought I was crazy and said it would never work!” Ooi recalled.

However, he pressed on and came up with the concept for MBR in 1989.

“Response was quite good when it came out. We had advertisers who supported us. There was no stopping from then on.”

Subsequently, new editions of the book were published every two years: in 2000 (2nd edition), 2002 (3rd edition), 2004 (4th edition), 2006 (5th edition), 2008 (6th edition), 2010 (7th edition) and 2012 (8th edition). In 2012, a Mandarin edition was published. In January next year, the 9th edition of MBR will be launched. A Malaysia Book of Records Night of Achievers will be held in conjunction with the launch. The gala event will celebrate and honour record holders and achievers who have done the country proud.

Before the MBR was published, it was preceded by a weekly TV series called the Malaysia Book of Records, which was aired over RTM in late 1996. Some 300 episodes were produced for the series.

The Malaysia Book of Records is a long-term project, said Ooi. In the pipeline is a Museum of Achievers to attract visitors to Kuala Lumpur. This two-year project, costing an estimated RM30mil, aspires to be a centre of excellence to propel the nation towards Vision 2020. 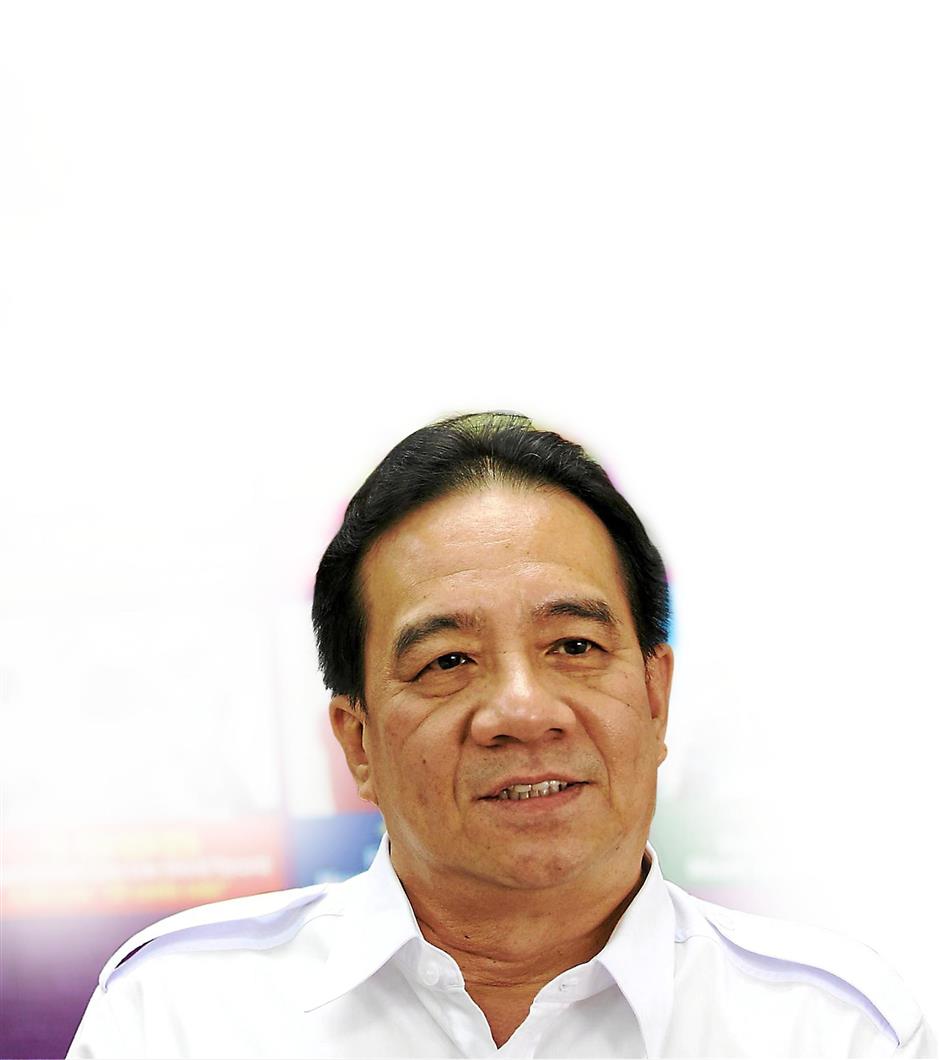 'We accept records from people from all walks of life. Everyone has a story to tell,' says Datuk Danny Ooi.

Jack of all trades

In April this year, Ooi published 10,000 copies of his autobiography, Dare To Dream: The Untold Story.

Ooi came from a poor family. He has held various jobs, but was dogged by failures throughout.

A 1990 chance encounter with Charlie See, the godfather of beauty pageants, changed the course of Ooi’s destiny. He found his true calling – organising beauty pageants.

Today, 23 years later, Ooi is still at it. His name is synonymous with national and international beauty pageants.

In 2004, Ooi became the first Malaysian to bring an International Pageant World Final to China.

The following year, he made his acting debut in drama series Mahligai Gading alongside veterans Tan Sri Jins Shamsuddin and Khatijah Ibrahim.

Ooi is obviously a man of many talents, but his pet project remains the MBR which is packed with memorable moments.

Ooi recalled the Millennium Tree Planting exercise which made it to the Guinness World Records for the most number of trees planted in one minute. On Oct 15, 2000, 110,461 trees were planted simultaneously in one minute at 152 locations across Malaysia. The event was jointly organised by the National Landscape Department, the Ministry of Housing and Local Government, the KL Municipal Council and the Tree Planting Group.

Then there was the longest coin line involving 24,000 (RM1) coins in conjunction with the Sultanah Bahiyah Foundation’s Caring Day celebrations in Kedah on May 3 and 4, 2002.

“And I will never forget the challenge of the longest Malaysian flag (Jalur Gemilang) on the Great Wall of China,” he said, having witnessed the unfurling of the flag on a 3.2km stretch of the wall which took four hours and 17 minutes on Nov 2, 2003.

Ooi is also impressed with records achieved by the elderly who have travelled to the ends of the earth.

“We accept records from people from all walks of life. Everyone has a story to tell and some even submitted records achieved years ago. We have 11 categories in the Malaysia Book of Records, which include Human Achievements, Business World, Science and Technology, Buildings and Structures and New Entries,” said Ooi.

“We get eight or 10 entries a day from people who make bids to enter the record books. Some enquire about the largest gathering of chess competitors and a 113-year-old woman claims to be the country’s oldest woman,” he said.

Of course, there are cynics who laugh and ridicule the gamut of record-breaking projects.

“It doesn’t matter if people laugh. Some feats are not easy and take a lot of preparation and teamwork,” he said.

Those who attempt to record a feat in the Malaysia Book of Records can submit video recordings, photos and proof of their feats, and fill a standard form. Individuals are charged a minimal RM500 as administrative fee for an entry in the MBR, while companies are charged RM1,800.

“If they want MBR to send an official to endorse the feat, they’ll have to pay for costs involved such as travel expenses and accommodation of the official. We’ll travel to every corner of the country to endorse record-breaking feats,” said Ooi.

“People who want to break records sent us e-mails. We ask them to come to our office to discuss the rules and regulations.

“The Malaysia Book of Records is unique in a way as some record-breaking feats are witnessed by the country’s leaders. Sometimes if the contender is lucky, the MBR certificate will bear the signature of the Yang di-Pertuan Agong, the Sultan, the Prime Minister or a minister if they are witnesses to the record,” said Ooi.

You can tell that Ooi is proud to be associated with the Malaysia Book of Records.

“Not many people get a chance to see records being set or broken. I’ve the opportunity to share the moment of joy with the achievers. You can’t feel it unless you’re there. They shout and chant, Malaysia Boleh!” shared Ooi.

Having failed in several businesses, Ooi understands only too well, what it takes to succeed.

“When you fail, you learn,” said Ooi. He has learned well indeed, and now he can bask in the glory of success.