Where to draw the line? 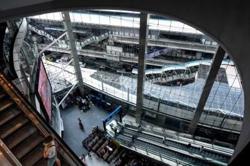 How physical should you get in public when showing your love?

COME on baby, show your love ...” the 4 Non Blondes sang back in the 1990s. Nothing wrong with that, really, except when people show a little too much in public – physical love, that is. But then, just how much is too much?

Let’s face it, we Malaysians have a reputation for being a conservative lot. Taxis, shopping malls and public parks have signs prohibiting public displays of affection, and every so often, the media highlights stories of couples being fined for hugging or kissing in public. This has led to foreigners and even many locals branding Malaysia as being intolerant of couples showing affection in public.

But frankly, how many of us are completely unfazed by a couple getting hot and heavy near us? I’m sorry, but I don’t remember ordering “French kissing couple” along with my dinner.

Public displays of affection (sometimes abbreviated to PDA), while being perfectly acceptable to the parties involved, may cause discomfort or irritation (or even anger) to others, especially if you have to stand by and watch.

Wait, you’re probably thinking, “Come on, only fuddy-duddies are like that, right?”

Well, not necessarily; there are many younger people out there who are uncomfortable about it, too.

Most of them agree that “legitimate and decent” expressions of love such as holding hands or the occasional peck on the cheek, are not a problem.

“I know we live in a conservative society, but we can’t be dinosaurs!” says Yong Hon Chong, 35. “As long as it’s a positive expression of love, I think it’s all right. Why should we get angry if we see a couple kissing? However, there should be a limit; they shouldn’t make it distasteful,” says the teacher from Taiping.

The question is, how do you define what’s distasteful or indecent? Where should the line be drawn?

Most Malaysians, however, regardless of age, agree that excessive physical intimacy should be kept private.

Haslina Jalaluddin, who works as a general manager in a telco, says excessive PDA is “totally unnecessary”.

“I am an open-minded person, and my husband and I are quite loving when we’re out; for example, we often hold hands or put our arms around the other’s shoulder. But there is a limit. Love need not be shown by groping each other in public. Certain private things should be kept private,” says the 49-year-old mother of seven.

She recalls an incident in which she bumped into a couple going at it in a toy store, of all places! Needless to say, she complained to a store supervisor.

Affection between couples need not always translate into physical intimacy when in public, says Vijay Dorai, 26.

“There are so many ways to show your love to your partner in public, like giving compliments or helping her carry something that is heavy. Why not save the physical acts for your private moments?” says the engineer, who adds that his acceptable level of PDA is a quick kiss on the mouth or cheek.

“It’s something private, don’t demonstrate so openly!” asserts student Sarah Yeoh, 21, of Subang Jaya. “Holding hands or the occasional kiss on the cheek is fine, but someone making out or grabbing each other’s butts in front of me is horrifying. There’s always a room available, so go get one!”

Many feel excessive PDA impinges on their personal space. HELP University College’s psychology department head and senior lecturer Kenneth Phun believes that it isn’t so much about people being uncomfortable with physical affection or intimacy. Rather, it’s a matter of invasion of privacy or personal space.

“Everyone has a certain need for personal space surrounding them. We need space for ourselves, especially concerning behaviour normally seen as private or personal, such as display of intimacy,” he explains.

Freelance PR executive Elyantie Mohamed, who is in her 30s, is fine with public affection that is “sincere, sweet and manja (loving)”. For her, hugging, holding hands and a peck on the cheek are all perfectly acceptable. She isn’t, however, a big fan of couples getting too physical in public.

“Not everybody is going to feel comfortable about it, so it’s really about respecting everyone’s space. We all live in a community and everyone has their own level of tolerance towards physical affection,” she says.

Lee Mei Li, 27, says excessive PDA makes her uncomfortable because she feels like she is caught in the situation with no choice. While she is all right with couples putting their arms around each other or the occasional quick peck on the mouth, anything more makes her feel like she’s imposed upon.

“French kissing and running hands over each other’s bodies are definitely not okay. It annoys me because I feel like I’m forced to witness their exhibitionistic behaviour,” says the copywriter. Vijay accepts that people should be given the freedom to express their feelings and emotions. However, he feels that this should not be at the expense of others. “Your freedom of action must not affect my freedom to, let’s say, have a good time at a restaurant,” he says.

Phun says that Asians come from “collectivistic” cultures, where they are brought up with a strong sense of inclusion or communalism, and are taught to respect the feelings of those around them.

He adds that this communal emphasis causes people to be affected by someone else’s actions, as if they were meant for him or her, hence leading to the interpretation of the behaviour as a personal assault on their own cultural, moral and religious beliefs.

“Hence, when a physically amorous couple displays their affections to each other so openly, they would probably affect other people’s sense of ‘personal space’. And, since personal space and privacy are influenced by culture, they are also easily shaped by religious and moral undertones,” he explains.

Haslina thinks it is not the Asian way to be too intimate in public.

“Perhaps, I’m from the old school of thought, but when I was growing up, we were taught how to behave in public, and what is decent (and not). It is part of our religious and traditional upbringing. I wouldn’t want my children to curi-curi (go behind my back) with their partners in full view of everyone else at some park or shopping mall!” she says.

Cynthia De Costa, 39, remembers stumbling across a couple whose hands were beneath each other’s clothes in full view of everyone. To her, that’s simply rude and unacceptable.

Mind our own business

Others, however, feel it’s quite all right to do whatever you want as “to each his own”. S. Narayanan, 57, says the issue of how much is too much is a cultural one, and varies considerably in different countries.

“I’ve lived abroad, so (PDA) doesn’t bother me. In Western countries, it’s quite common to see couples sharing big, passionate kisses at train stations, street corners or concerts openly,” he says, adding that holding hands, cuddling, and light kissing in public are all acceptable to him. Even if someone was getting excessively physical, he says he wouldn’t bother telling them off.

“You just get carried away in the heat of the moment; it’s not like we set out to make a spectacle of ourselves!” says Alicia Gomes, 24, from Kuala Lumpur, who recalls necking with her boyfriend in cinemas and even public parks. Now, when she sees others in a similar situation, she feels she has the option to look away.

“Technically, they’re not harming anyone. So as long as they’re not undressing each other in public, I’d just go about my own business.”

Context and location play a big part in how much onlookers are willing to tolerate. People think of places like parks and shopping malls as public spaces, accessible to families, so they’re hardly the kind of place where you’d want to see a steamy makeout session! However, private clubs, bars or cinemas that are dimly lit strike people as somewhat “acceptable” spaces for a couple to demonstrate love. 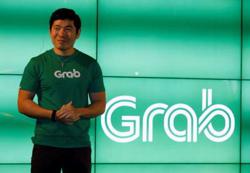