In Britain, there were 9.6 maternal deaths for every 100,000 babies born, according to a new study. Photo: Jimmy Conover/Unsplash

Mothers in Britain are three times more likely to die around the time of pregnancy compared to those in Norway and Denmark, a new study suggests.

Researchers set out to compare maternal mortality rates in eight European countries. They found that Slovakia had the highest maternal death rates among the countries studied. Britain had the second highest mortality rate.

It comes after a major new review found that maternal mortality rates have risen in Britain.

The new study, by an international team of researchers including academics from the University of Oxford, examined data on millions of live births across Denmark, Finland, France, Italy, the Netherlands, Norway, Slovakia and Britain.

Britain's data included information on more than two million live births between 2016 and 2018.

Across all eight nations, maternal deaths were higher in the youngest and oldest mothers.

In seven countries, mothers born abroad or with an ethnic minority background had a 50% or greater risk of maternal mortality. The finding did not hold true in Norway.

Researchers said heart disease and suicide were the leading causes of death.

In Britain, blood clots were also a leading cause of death among new mothers.

"Despite its rarity in high-income countries, maternal mortality remains an important health indicator of the quality of the care provided and health system performance," the authors wrote in their new study, published in The BMJ.

The authors said that cardiovascular diseases and mental health of new mothers need to be "prioritised in all countries" and they called on nations to learn best practices from each other to reduce deaths.

It comes after the latest MBRRACE report – a leading review tracking the health of mothers and their babies – suggested that maternal death in Britain and Ireland are rising. 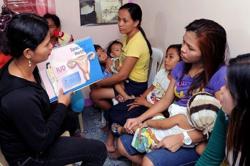