Children get migraines too, but it is poorly understood

Migraines can be just as debilitating for children as for adults. Photo: 123rf.com

Maiwenn Colleaux was 14 when she first started getting migraines, and they immediately turned her life upside down.

"When I had an attack, I could no longer go out, my social life stopped, I couldn't go to school," said Maiwenn, who is now 18.

"Inevitably you feel different to the other children, who didn't understand my suffering and thought I just had a simple headache," she told a press conference in France recently.Her story is one of many.

Migraines affect between five to 15% of children, according to international research, but the chronic condition is often overlooked or misdiagnosed.

But for children, it "affects as many boys as girls before puberty," Donnet told the press conference, which was held by the French organisation La Voix des Migraineux (the voice of people with migraines).

Migraines can start becoming frequent in girls from the start of their first menstrual cycle.

However the symptoms are often mistaken for digestive disorders.

"The clinical presentation of the condition is one of the difficulties in identifying migraines in children, because the symptoms are sometimes very different from what adults experience," Donnet said.

Maiwenn's mother Karine Colleaux said it was only "because I was a migraine sufferer myself that I was able to diagnose my daughter's illness".

She added that migraines in children often manifest as "paleness and stomachaches".

Migraines can be just as debilitating for children as for adults.

Half of children with the condition get at least one episode per month and 78% have moderate to severe attacks, according to La Voix des Migraineux.

Forty percent have nausea or vomiting while 33% have abdominal pain.

Justine Avez-Couturier, a paediatric neurologist at France's Lille University Hospital, said that "the majority of patients we see at consultation arrive at around 10 years old – but the headaches often started before then".

A diagnosis often becomes particularly important because the migraines affect the child's schoolwork.

"We cannot eradicate migraines but we can reduce their frequency and intensity," Avez-Couturier said.

She emphasised that a healthy lifestyle, including a good diet, plenty of sleep and physical activity, is "particularly crucial for children and adolescents with migraines".

Common treatments include painkillers such as paracetamol and ibuprofen.

For more serious cases, triptans are prescribed, a medicine that makes the blood vessels around the brain contract, which is thought to counteract what causes migraines, according to Britain's National Health Service.

"Writing down episodes in a diary, to identify what triggers them, can also help," Avez-Couturier said.

Migraines can be triggered by many factors, but stress and fatigue are among the main culprits.

Maiwenn said she "tried everything" – including hypnotherapy and self-hypnosis, eye movement desensitisation and reprocessing (EMDR) and even horseback riding therapy – but nothing could stop the migraines.

"These methods would soothe me at the time but did not work in the long term," she said.

"When I have an episode, I don't take anything – I just wait for it to pass."

But hope may lay ahead – only 40% of children who suffer migraines see them persist into adulthood.

"Some children will have their migraines become less severe headaches," Donnet said. – AFP 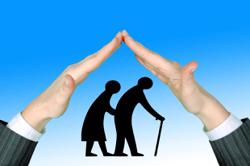