Hundreds join vigil for Brit lady, Zara Aleena, who was murdered on her way home 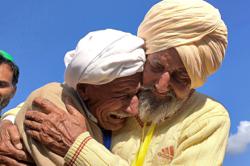 Flowers and tributes left outside the home of Aleena, 35, who was killed in the early hours on June 26. Photos: Reuters/Henry Nicholls

Zara Aleena was "on the home stretch" when she was killed as she walked home from a night out, her aunt told hundreds of people at a vigil dedicated to the 35-year-old law graduate last week.

Aleena was only minutes from her front door when she was attacked while walking in Ilford, east London, on June 26.

There was an outpouring of love and support at the vigil, which was organised by Aleena's family. Many attending donned white clothing, while mourners left dozens of bouquets of flowers and cards in tribute to Aleena.

Roads were closed in the area to allow the crowd to walk the 10-minute journey from the scene of the attack to her home. Members of Aleena's family led the crowd as it began tracing the walk home she would have taken, with many holding flowers and pictures of Aleena and wearing T-shirts bearing her image.

Aleena's aunt, Farah Naz, stopped yards from the family's home and turned to the crowd. "She was on the home stretch. Thank you so much for doing the walk and holding her in your hearts, praying for her, keeping her safe on this journey.

She then invited those who attended to place the flowers they had been carrying together on the ground.

Britain has recoiled multiple times in recent years as woman have been fatally attacked in what should be safe settings, raising questions about safety and policing. 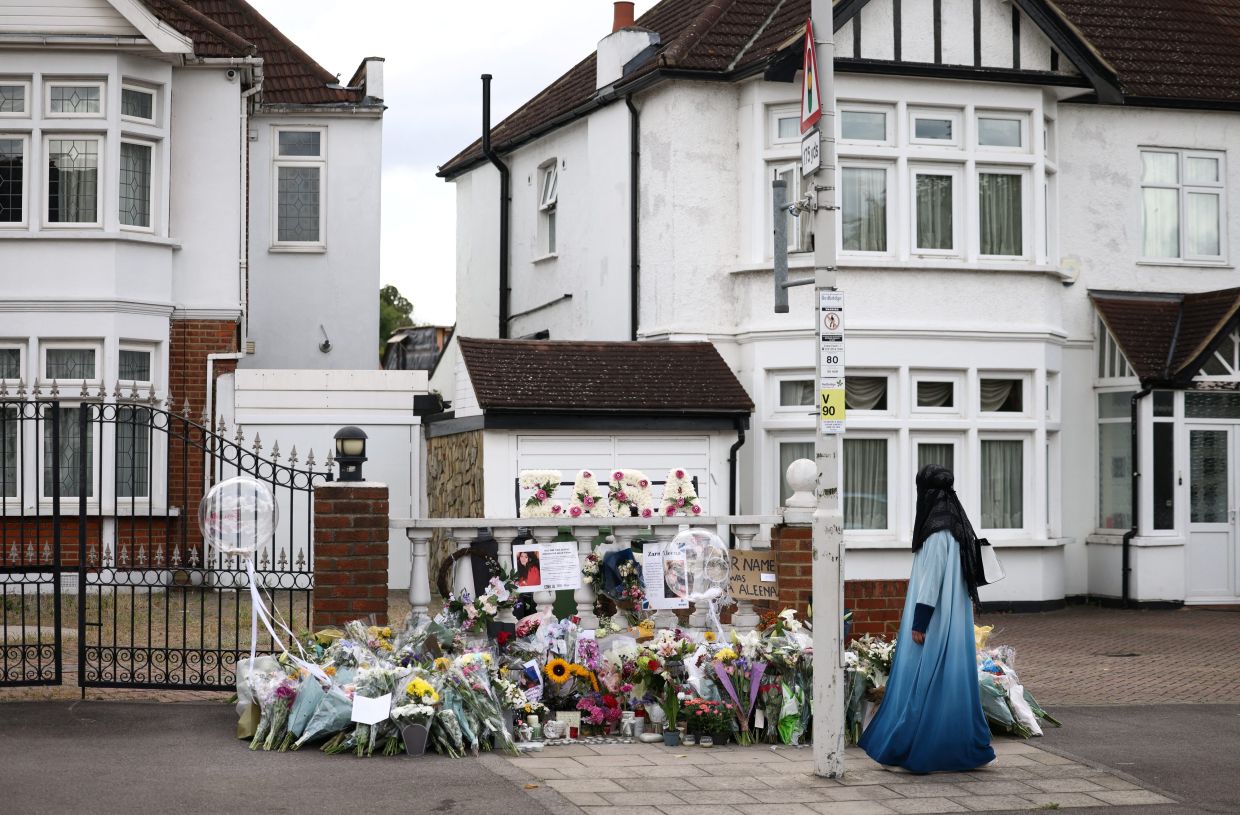 A passerby looks at flowers and tributes left outside the home of Aleena.

A friend of Aleena's aunt, Ash Vickers, 54, said: "It's tragic news. She called me on the way from the airport when she heard the news after it happened last Sunday.

"I'm a solicitor and I know that Zara wanted to train as a lawyer, so Farah would often speak to me and let me know how her progress was getting on.

"Tragically, 17-18 years ago my own niece was attacked and also died on the streets of London and also studied law so very tragic, but 17-18 years later, the same thing is happening."

Anjum Mouj, co-chairperson of London Black Women's Project and who was liaising with Allena's family, spoke to the crowd ahead of the vigil.

She said: "Grandma, mother, aunties, cousins, friends, family, have asked me to thank you from their heart, their heartfelt thanks for you all to be here today, to do this walk with us to take Zara Natasha Aleena home, the steps that she couldn't take – she could see, it's in touching distance of her home, it's in touching distance, she could see her home almost and she couldn't walk there."

London Mayor Sadiq Khan said Aleena was "an incredible woman and an inspiration to us all."

He added: "She rightly believed that every woman should be able to walk home safely and today her loved ones and so many from the local community and across the country came to finish the journey she started."

The vigil took the form of a silent walk – starting at the time Aleena was attacked – that traced the route she had been taking but never got to complete – "to bring her back where she belonged safely."

Her family requested attendees wear white and remain "silent and sombre" as "we walk Zara home in our hearts.

Aleena had been returning home from a night out when she was dragged, kicked and stamped on, prosecutors said. A post-mortem examination found she had suffered multiple serious injuries.

Jordan McSweeney, 29, of east London, appeared at the Old Bailey on Friday accused of murder, attempted rape and robbery. He entered no pleas and was remanded in custody. – dpa

Man pleads not guilty to murdering wife in Britain 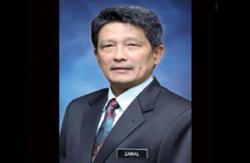 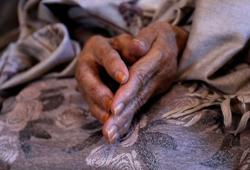