The inspiring women in a YouTube village in Bangladesh 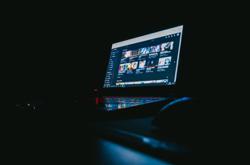 YouTube has made a small village famous around the globe thanks to a cooking project. Photo:AroundMeBD/dpa

Rupali Khatun pokes her finger into the milk and vermicelli mix and checks it's ready.

She's getting dinner ready and the air is filled with the smell of burnt garlic and fried peppers.

Across the courtyard, a member of her team is dry-roasting chickpeas while another prepares a traditional beverage.

Everyone is involved in preparing the meal for 300. Youngsters lay mats made of dry hogla pata, an aquatic leaf, on the meadow at Shimulia, a remote village in the district of Kushtia, south-western Bangladesh.

Rupali and her team have prepared hundreds of similar feasts for the villagers, twice a week for more than five years, free of charge. She works with 14 women, former housewives now known for their cooking prowess.

They only prepare traditional foods, in line with what the community likes.

Today, a camera crew films the whole process, from preparing the food to serving it. Later, they will upload the footage to AroundMeBD, a YouTube channel focused on village cooking in Bangladesh with some 4.2 million subscribers and 1.33 billion views.

"Initially, we cooked for 15-20 people. Now, we occasionally cook for up to 1,500 at a time," says Khatun. A mother of two, she had no other previous experience before joining the team.

Her new earnings now supplement the monthly income brought home by her husband, a day labourer.

“Hundreds of thousands of people viewing my cooking videos makes me feel good,” says Sharmin Akhter, another member of the team.

She is proud of the fact that people now call her home "the 'YouTube village' thanks to the channel's popularity", she says.

More than 200 videos show the community creating meals from goat barbecue (14 goat legs); to a 40-goat tripe curry; to a dish made of nearly 300kg of water buffalo meat.

The team also served up a 200kg vanilla cake to celebrate Valentine’s Day. A cameraman is taking footage after the crew of a YouTube channel of Village Grandpa's Cooking prepared the spicy mutton curry to serve among more than 100 orphans at a religious school in Shimulia of south-western Bangladeshi district of Khoksha. Four septuagenarian cooks prepare the foods and serve them among disabled, elderly, physically challenged and mentally retarded people. After the success of the channel along with AroundMeBD, another cooking channel owned by a software engineer, the village is called YouTube village. Photo: Nazrul Islam/dpa

Viewers can watch the team make rasher payesh, a traditional sweet made of rich, milk and date juice. The video opens with the team members walking through a field, clad in magenta, carrying clay pitchers. They boil the juice in a wide, flat pan outdoors and hand out the sweet to local youngsters.

“We love to feed villagers, have fun and show the tradition of village cooking through this channel,” says founder Liton Ali Khan, a software engineer who set up AroundMeBD in 2016, just for fun.

He started out showing daily life from Dhaka, from the busy streets to the brightly-coloured toys, markets and fishermen. His videos soon earned his channel a sizeable number of subscribers.

Khan decided to monetise the channel and discussed his ideas with his uncle, schoolteacher Delwar Hossain, in his village, 200km south-west of Dhaka.

They decided to focus on cooking and started a charity project with local volunteers making meals. Excited, youngsters came forward to film the action on their smartphones.

“Now, we use drones and modern cameras,” Khan said while being interviewed at his office in Dhaka’s Mirpur neighbourhood, where he edits the footage sent by the villagers on memory cards. He uploads at least four videos every month.

The channel's success has helped many people who were struggling while also strengthening community spirit, says Abdul Kuddus, chairperson of Shimulia’s local council.

The meals give poorer people a chance to eat foods like swordfish or lobster they could not otherwise afford, he says.

They have earned the praise of viewers worldwide, from fans to food bloggers and economists such as Tyler Cowen, a Holbert L. Harris professor of economics at George Mason University in Virginia, the United States.

“The channel behind this operation is called AroundMeBD, and its success has created a whole new economy in Shimulia, which has since been dubbed the YouTube village of Bangladesh,” Cowen wrote on his Marginal Revolution website.

The Shimulia phenomenon is part of a growing trend across South Asia, as the Internet reaches rural communities. Villagers are presenting their food cultures to global audiences through platforms like YouTube and Facebook.

That has a special appeal in Bangladesh, a country of 170 million, with nearly 124 million netizens seeking to earn online by showcasing their culture.

“We also want to portray our rich culinary heritage through online platforms,” says Khan, who has a staff of around 50 people, including 17 women who mostly feature in the cooking videos.

Delwar Hossain, who supervises the channel’s activities on the ground, says the owners spend nearly a million taka (about RM48,500) on making the videos, including paying the staff, transport and ingredients from meat to fish and vegetables.

He did not disclose the channel's monthly income but some of the advertising revenues are invested in building the homes of those who are poorest, and other social investments.

The channel has 1.13 million subscribers, while Khan is working on new projects from The Great Foodie to Fortunate Guest and Creative Boys Craft. He wants to fund a tourist park and do more for local children.

He isn't doing it for the gratitude, he says. "I thought it was my duty for the people who helped me grow up." – dpa