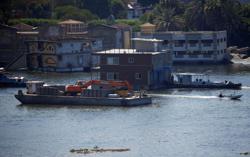 Women members of the 'Tablet al-Sitt' (the Lady's Tabla) perform with daf hand drums on stage in Egypt's capital Cairo, on May 4, 2022. Photos: AFP

Many Egyptians associate the tabla drum with belly dancers and seedy nightclubs but, despite its image problem, percussionists are giving the ancient instrument a new lease of life.

And it is often women who are now playing the goblet-shaped traditional drum, an early version of which has been found in the ancient temple of the Goddess Hathor in Qena, southern Egypt. 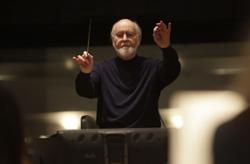 What does beauty mean to you?
'I was bullied for how I look'
Dazzling Malaysian model reveals she was once less than confident about her appearance
Are good-looking people really more successful?
Tired of being ignored and judged, The Fat Squad was formed as a community advocating for fat people
The inspiring women in a YouTube village in Bangladesh
Older people seeking a good night's sleep:�Don't nap for too long
Disasters bring a rise in gender-based violence – this study explains why
Hollywood companies vow to pay travel costs for abortions
Advice from a triathlete: 'If you want to do it, make the time'