During the pandemic, some women at the end of their reproductive years may have given up on becoming parents or having more children because of economic uncertainties and greater health risks for pregnant women, said Choi. Photo: Daigae Ellaby/Unsplash

For Allyson Jacobs, life in her 20s and 30s was about focusing on her career in health care and enjoying the social scene in New York City. It wasn’t until she turned 40 that she and her husband started trying to have children. They had a son when she was 42.

Over the past three decades, that has become increasingly common in the United States, as birthrates have declined for women in their 20s and jumped for women in their late 30s and early 40s, according to a new report from the US Census Bureau. The trend has pushed the median age of US women giving birth from 27 to 30, the highest on record.

As an older parent celebrating Mother’s Day on Sunday, Jacobs feels she has more resources for her son, nine, than she would have had in her 20s.

“There’s definitely more wisdom, definitely more patience,” said Jacobs, 52, who is a patients’ services administrator at a hospital. “Because we are older, we had the money to hire a nanny. We might not have been able to afford that if we were younger.”

Decisions by college-educated women to invest in their education and careers so they could be better off financially when they had children, as well as the desire by working-class women to wait until they were more financially secure, have contributed to the shift toward older motherhood, said Philip Cohen, a University of Maryland sociologist.

In the past, parents often relied on their children for income – putting them to work in the fields, for example, when the economy was more farm-based. But over the last century or more in the US, parents have become more invested in their children’s futures, providing more support while they go to school and enter young adulthood, he said. 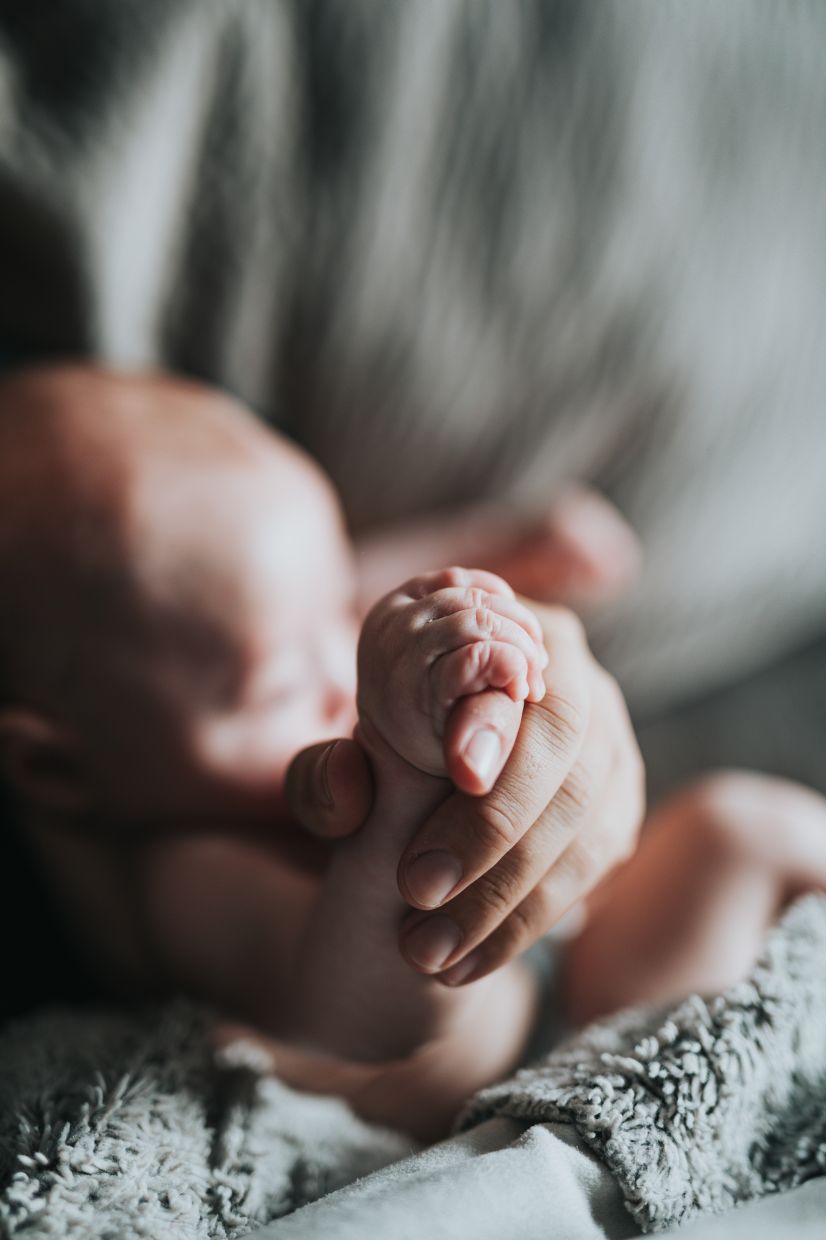 Motherhood also has been coming later in developed countries in Europe and Asia. Photo: Nathan Dumlao/Unsplash

“Having children later mostly puts women in a better position,” Cohen said. “They have more resources, more education. The things we demand of people to be good parents are easier to supply when you are older.”

Lani Trezzi, 48, and her husband had their first child, a son, when she was 38, and a daughter followed three years later. Even though she had been with her husband since she was 23, she felt no urgency to have children. That changed in her late 30s, once she’d reached a comfortable spot in her career as an executive for a retail company.

“It was just an age when I felt confident all around in the many areas of my life,” said Trezzi, who lives in New Jersey, outside New York City. “I didn’t have the confidence then that I have now.”

With foreign-born women, Cohen said he wasn’t quite sure why the median age increased over time, but it likely was a “complicated story” having to do with their circumstances or reasons for coming to the US.

For Black women, pursuing an education and career played roles.

“Black women have been pursuing higher education at higher rates,” said Raegan McDonald-Mosley, an obstetrician and gynecologist, who is CEO of Power to Decide, which works to reduce teen pregnancies and unwanted births. “Black women are becoming really engaged in their education and that is an incentive to delay childbearing.” 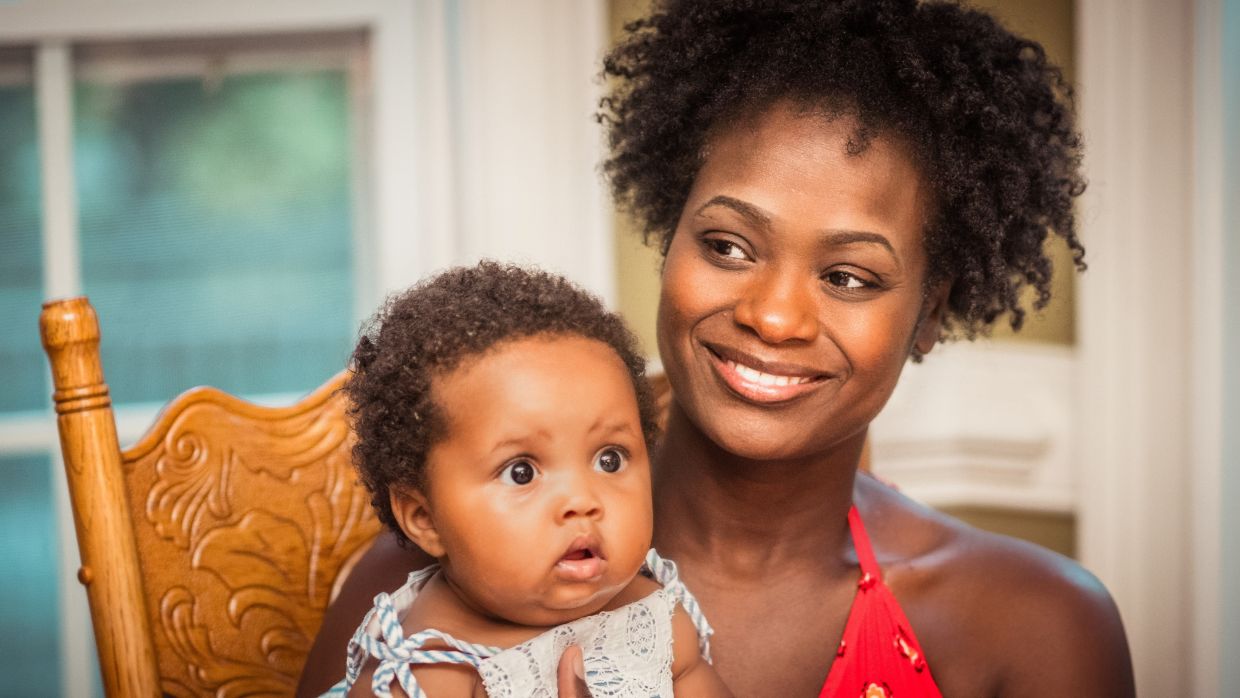 Black women are becoming really engaged in their education and that is an incentive to delay childbearing. Photo: Andrae Ricketts/Unsplash

Since unintended pregnancies are highest among teens and women in their 20s, and more of their pregnancies end in abortion compared to older women, ending Roe v. Wade would likely shift the start of childbearing earlier on average, in a reverse of the trend of the past three decades, “although the magnitude is unknown,” said Laura Lindberg, principal research scientist at the Guttmacher Institute, a research group that supports abortion rights.

“The burden will fall disproportionately on women of color, Black women, people without documentation, people living in rural areas, people in the South – where there are a lot of Black women – and in the Midwest,” said McDonald-Mosley, who also has served previously as chief medical officer of Planned Parenthood Federation of America.

Motherhood also has been coming later in developed countries in Europe and Asia. In the US, it could contribute to the nation’s population slowdown since the ability to have children tends to decrease with age, said Kate Choi, a family demographer at Western University in London, Ontario.

In areas of the US where the population isn’t replacing itself with births, and where immigration is low, population decline can create labour shortages, higher labour costs and a labour force that is supporting retirees, she said.

“Such changes will put significant pressure on programmes aimed at supporting seniors like Social Security, Medicaid, and Medicare,” Choi said. “Workers may have to pay higher taxes to support the growing numbers of the retired population.”

Although the data in the Census Bureau report stops in 2019, the pandemic over the past two years has put off motherhood even further for many women, with US birth rates in 2020 dropping 4% in the largest single-year decrease in nearly 50 years. Choi said there appears to have been a bit of a rebound in the second half of 2021 to levels similar to 2019, but more data is needed to determine if this is a return to a “normal” decline.

During the pandemic, some women at the end of their reproductive years may have given up on becoming parents or having more children because of economic uncertainties and greater health risks for pregnant women who get the virus, she said.

“These women may have missed their window to have children,” Choi said. “Some parents of young children may have decided to forego the second... birth because they were overwhelmed with the additional child-caring demands that emerged during the pandemic, such as the need to homeschool their children.” – AP