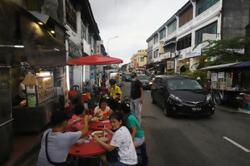 Seniors should be made aware of their rights, the common methods used by scammers, and how to handle confusing situation and suspicious communication. Photo: 123rf.com

Earlier this year, a 74-year-old retired teacher fell victim to the infamous ‘Macau Scam’, losing RM1mil to a scammer, according to a news report. A few months later, another senior citizen lost RM18,000 in an online love scam and last October, a 68-year-old housewife and a couple in their 80s in Negri Sembilan lost close to RM300,000 in two separate phone scams.

While these news reports show the vulnerability of seniors to financial scams they only present a glimpse of a growing problem – the financial abuse of senior citizens, say experts.

“About one in every 100 seniors in Malaysia has experienced financial abuse either by people they know and trust or strangers, according to the National Health and Morbidity Survey (2018). Another local study conducted in a rural setting in Negri Sembilan, however indicated a higher occurrence of financial abuse – close to 5% or 1 in every 20.

“The discrepancy in the findings of both surveys could be because of the sample used but it could also be because financial abuse among seniors, like other kinds of abuse, often goes unreported,” says Dr Raudah Mohd Yunus, who is with the Department of Public Health Medicine at Universiti Teknologi MARA and a member of the Peace (Prevent Elder Abuse and Neglect) project spearheaded by the Department of Social and Preventive Medicine, Universiti Malaya.

Traditionally, financial abuse that is reported in published studies refers to theft, deception, and manipulation by those in a relationship of trust. Perpetrators are often family members including children, in laws, and relatives. However, there is also the ever-increasing threat of online scams by strangers such as in the cases reported above.

“These figures may seem low, but we must bear in mind two things. First, elder abuse cases in general – and financial abuse specifically – are overwhelmingly under-reported. Evidence from other countries around the world and the World Health Organisation shows that on average, only one case in every 5 to 20 elder abuse cases are reported. So, if 1% of elder financial abuse is reported, imagine the actual number of seniors who are experiencing financial abuse. It is a ticking bomb that’s waiting to go off. Low figures are not a cause to celebrate; rather they should caution us that perhaps many are suffering in silence.

“Second, these published figures mostly include ‘breach of trust’ perpetrated by those who are known to our seniors. They do not take into account the current, more sophisticated scams perpetrated by unknown individuals or groups through phone calls and the internet. This type of exploitation has rapidly increased in recent years but unfortunately is little studied and understood,” says Dr Raudah.

Today (Oct 1) is the International Day of of Older Persons and the theme for this year is Digital Equity for All Ages. With digital equity, however, Dr Raudah and her colleagues on the Peace project (Peace 2.0) say, seniors need to be educated, empowered and protected from being taken advantage of in scams, both online and offline.

“If you look at all the studies on elder abuse accross the world – Malaysia included – evidence shows that elder abuse and psychological abuse are the two most common forms of abuse experienced by older persons,” says Dr Raudah. 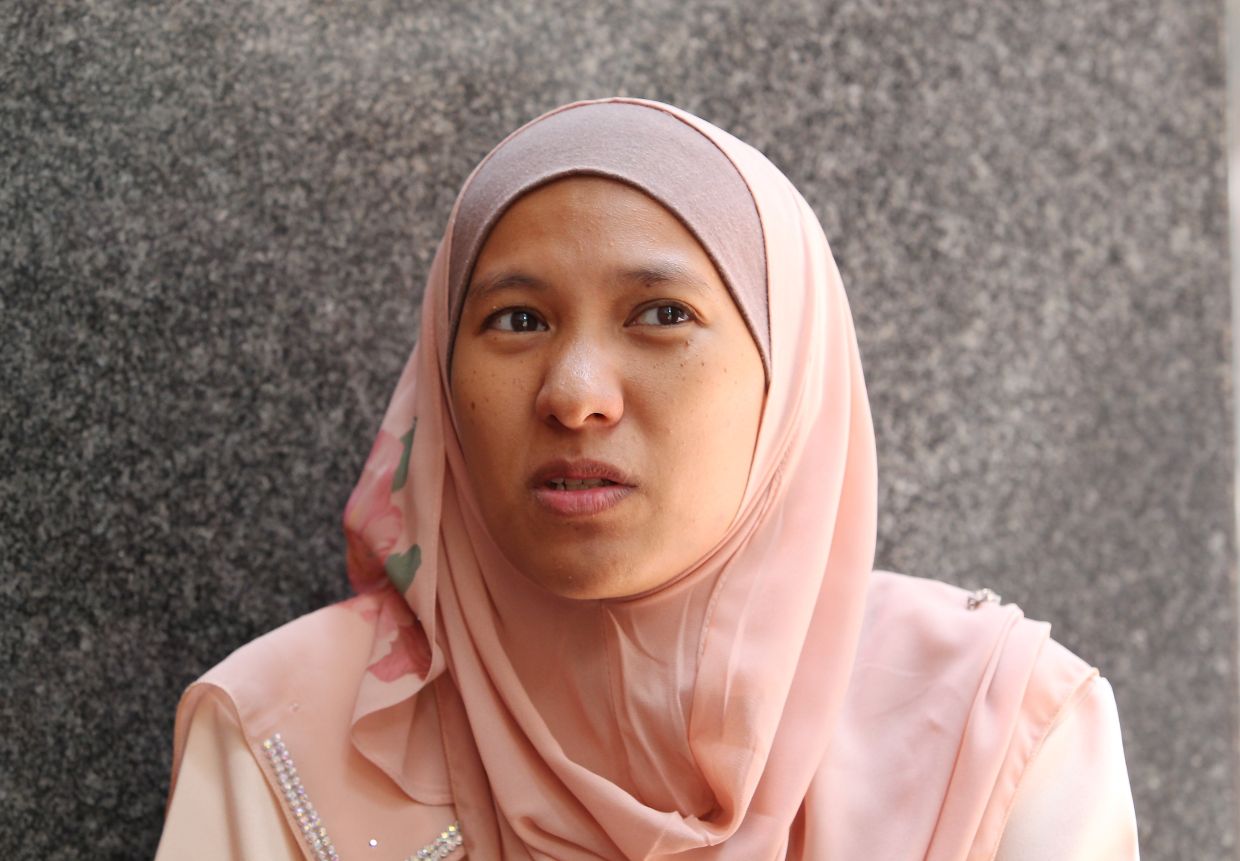 as we embrace digital technology, we have to be mindful of the vulnerability of this group of people and equip them with the skills and knowledge to navigate the digital space, says Dr Raudah.

“Seniors are targets because of their vulnerability – some may be cognitively impaired while others may not be as savvy with online transactions and so on.

“So, as we embrace digital technology, we have to be mindful of the vulnerability of this group of people and equip them with the skills and knowledge to navigate the digital space,” she says.

Need to step up

Everyone has a role to play, she stresses.

“Policy makers, healthcare providers, and the banking sector need to empower older adults with the skills not only to handle online transactions but also to handle ambiguous situations like scams. Seniors should be made aware of their rights, the common methods used by scammers, and how to handle confusing situation and suspicious communication.

“Caregivers also need to be aware of the risks to their elderly loved ones and be vigilant to make sure they are not taken advantage of.

“Communicate regularly with the older adults in your family and keep an eye on their daily expenses to make sure no suspicious transactions go undetected. Bystanders too should report if they see something suspicious or suspect that an older person is the target of abuse,” she says.

Having said that, Dr Raudah feels that there needs to be a proper reporting system for those who experience financial or those who suspect that a senior is being abused.

“We don’t have a proper reporting system or a channel for people to report such cases.

“While anyone can be a victim, research shows that older adults or senior citizens are especially targeted for several reasons. Impostors and scam artists are well-aware that many elders have worked long enough to accumulate cash or properties. In addition, elders tend to be more trusting and relatively naïve about cybercrimes.

“In some circumstances, living alone and feeling lonely can make them more vulnerable to scams as the perpetrator knows how to take advantage of their need for attention and companionship,” she says.

While we may wonder how the victims can fall so easily into these scams, Dr Raudah cautions against passing judgments and blaming victims for being careless, irresponsible, negligent, foolish or naïve.

“Many of us are not aware of the modus operandi of scammers and impostors who can be very convincing. These criminals do not work alone, they operate in teams in an organised manner and with a clear plan. Each member has a specific role and knows what to do and say – such cooperation makes the victim more easily convinced.

“Scammers and con artists often already have some access to victims’ basic information before carrying out their ploy. For example, if the victim recently made an online purchase using a credit card, or has an overdue payment to make to a bank or the tax department, scammers take advantage of this, by quoting specific details when reaching out to the potential victim.

“The person gets easily persuaded as he or she might believe the communication was genuine, given that the other party was providing somewhat correct information. This situation is further compounded when the impostors claim to be in a position of authority and speak in a tone and language that denote expertise and familiarity with the circumstances. The confidence and eloquence shown often throw the victim into confusion at first, followed by panic and fear upon realisation that he or she is in trouble,” says Dr Raudah.

Apart from losing all their savings and perhaps even their property, financial abuse can affect a senior citizen in more devastating ways.

Losing assets accumulated over a lifetime can be devastating and have practical and psychological consequences.

According to Elder Mistreatment: Abuse, Neglect, and Exploitation in an Ageing America study, financial abuse can have as significant an impact for an elder person as a violent crime.

“From a psychological perspective, a loss of trust in others has been identified as the most common consequence of financial abuse. In addition, victims may become very fearful, both of crime and of their vulnerability to crime, which in turn may lead to dramatic changes in lifestyle and emotional well-being. Victims may also experience a loss of confidence in their own financial abilities, stress, and isolation from family or friends. Financial abuse may lead to depression, hopelessness, or even suicide,” the report said.

The impact on seniors who have experienced financial abuse is one of the components of the Peace 2.0 project.

The focus of Peace 2.0 is financial abuse: researching prevalence data, creating awareness for all stakeholders and also ascertaining the risk that financial abuse has for elders, says Assoc Prof Dr Farizah Mohd Hairi from UM who is one of the researchers in the project. Among other collaborations, the researchers are working with the Credit Counselling and Debt Management Agency (AKPK) in Peace 2.0.

Preliminary findings from their study have indicated that financial abuse can lead to earlier death among the elderly.

The study covered some 1,927 seniors, mostly aged between 60 and 69. Of this, 8% (154) experienced some form of abuse, with financial abuse being the most prevalent (13%) and preliminary findings showed that the mortality rate is higher among the elders who were abused.

“We are currently investigating further to be able to conclusively prove the link, but these results coincide with long-term studies that have been done worldwide,” says Dr Raudah.

In the meantime, she hopes to see more being done to protect the elderly from abuse, financial and otherwise. Dr Raudah hopes that the specific law for senior citizens, which the Women, Family and Community Development Ministry has been working on for several years, will come to fruition sooner rather than later.

“There doesn’t seem to be much political will to get this off the ground but I do hope that things move more quickly,” she says, adding that our seniors need a law that not only protects them from abuse but also addresses population ageing, age discrimination and guarantees seniors their rights. 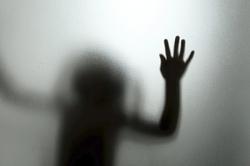