Defay works out on a Surf Ranch wave during practice rounds for the upcoming Olympics. Photos: AP

Johanne Defay of France was devastated when the mega sponsor Roxy dropped her right before she became a pro surfer in 2014, shattering her confidence and threatening her career altogether.

"They were just like ‘Oh, you don’t look this way, you know, for, like, pictures,” Defay said. "And I just felt like I was never doing enough or I wasn’t fitting in, in the way that they wanted for their brand.”

Now, Defay is headed to the Tokyo Olympics for surfing’s debut at the Summer Games, buoyed by an upset win against reigning world champion Carissa Moore at the high-intensity Surf Ranch competition last month.

Though there’s much excitement and renewed enthusiasm for the women’s game, years of objectification, pay disparities and an opportunity gap have taken their toll. Industry leaders from the professional World Surf League and the developmental USA Surfing say they’re committed to righting the wrongs that have long held female surfers back in the male-dominated sport.

The mental, financial and logistical roadblocks for women in surfing date back centuries.

Hawaiians who invented the sport treated it as an egalitarian national pastime that all genders, ages and social classes enjoyed, according to Isaiah Helekunihi Walker, a Hawaii surfing historian. But Christian missionaries who arrived on the island tried to ban surfing in large part because of nudity - surfing naked was common at the sports' inception. Though locals largely defied the colonisers, female surfers saw their ranks shrink disproportionately.

Even for Moore, the child prodigy who could beat the boys before growing up to be - at 18 years old - the youngest World Surf League champion in history, she's said she’s also struggled with her body image. Moore is 28 now and has spoken openly about starving herself as a teenager, only to binge eat later, and once even trying to force herself to throw up.

Modern day professional surfing in a previous iteration had a decentralized approach that left brand sponsors in charge of many of the competition logistics, which would vary widely from one event to another, said Greg Cruse, USA Surfing CEO. And though it wasn’t an official rule or standard, there was clearly a preference for the men’s game.

Surfing schedules are determined in the morning based on what the ocean waves are like, and it was no secret that the boys' and men’s competitions would be given the best surf conditions, usually in the morning. Female surfers took the scraps, if they were invited at all. 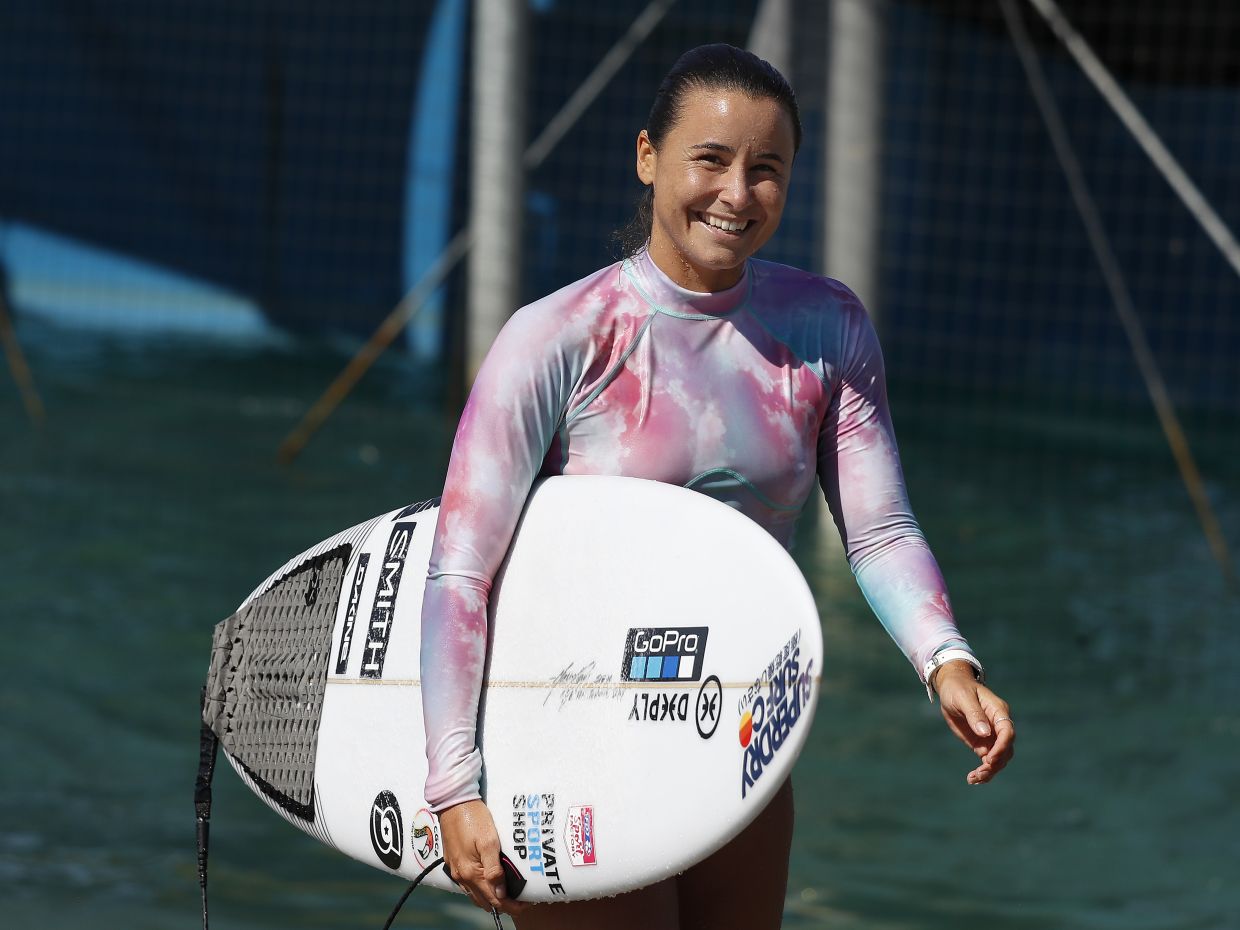 Defay remembers feeling humiliated hearing others take for granted their private car services arranged by their sponsors after Defay arrived on a two-hour bus ride in order to save money.

"There’d be the event directors and they would kind of schedule things the way they wanted to schedule and there would be bias from the outdated patriarchy. It’s changed immensely,” Cruse said. "It took a while for the women to complain about it.”

A turning point came in 2013, when new ownership took over the professional league and the rebranded WSL began to prioritize standardizing the competitions and rebuilding the women’s events, said Jessi Miley-Dyer, a retired pro surfer who now runs the WSL’s competition as senior vice president.

In 2019, the WSL as the leaders of the US$10 billion surfing industry also began offering equal prize money for all its events, making it one of the few professional sports leagues to achieve pay equity.

"It was an important statement to make around the value of our athletes. More than anything, it speaks to the emphasis on women’s surfing. We believe men and women are valued the same,” Miley-Dyer said. "It’s the right thing to do.”

The announcement was emotional for many, including Miley-Dyer. Back in 2006 when she won a pro event, she earned just US$10,000 - a third of what the top male surfer took home.

"I cried because it means so much,” Miley-Dyer said. "I had also retired, so it wasn’t something for me, but it felt something to me and so many people like me.”

Next year will be the first time the WSL will include its women surfers at the famous Pipe Masters competition, allowing them the chance to ride the Banzai Pipeline in Oahu, Hawaii, considered by many the best waves in the world.

The WSL has also committed to hosting the same number of events and in the same locations for both the men and women, though the competition at the highest level today still has twice as many male competitor spots - 36 - compared to the women’s game. 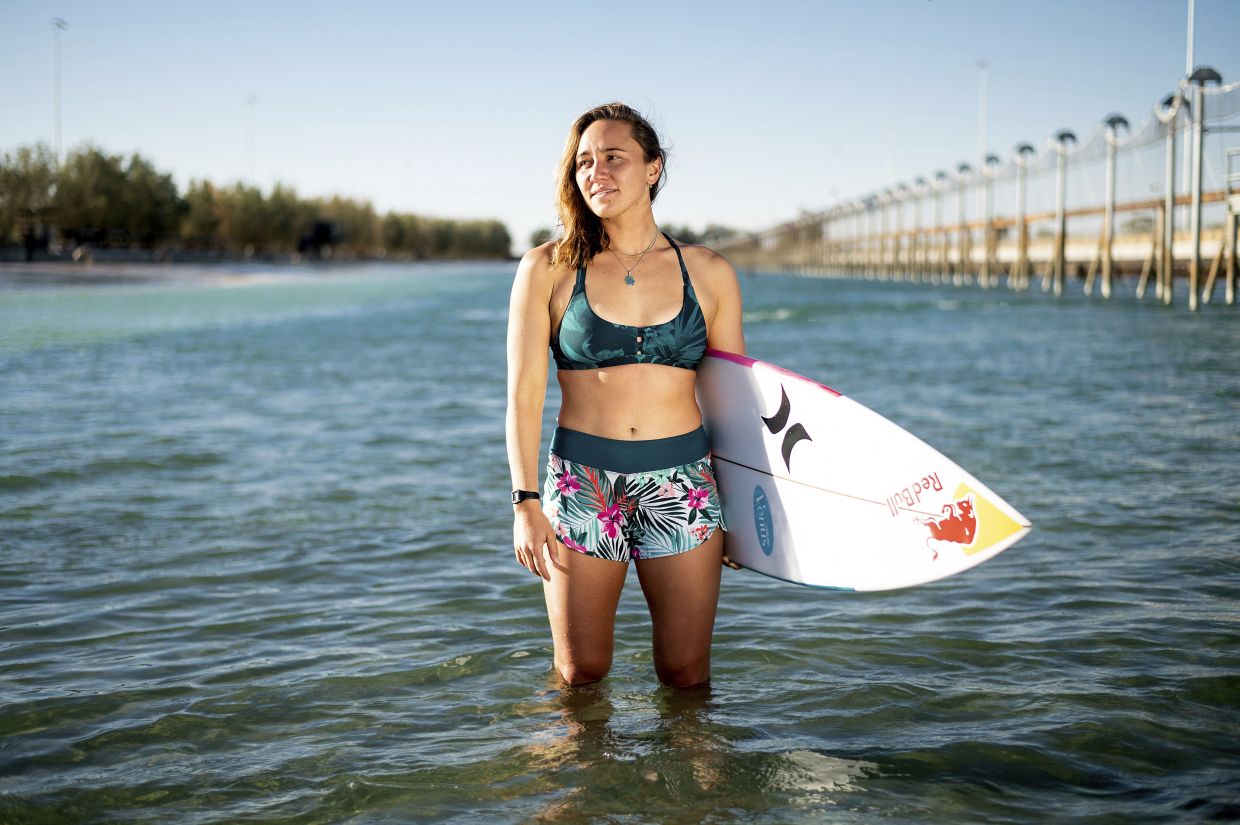 Carissa Moore after practicing for a World Surf League competition in June. She will also be one to look out for at the Olympics.

In terms of skill and experience, the damage caused by decades of sexism has not yet been fully reversed.

It used to be that girls could begin competitive surfing training at about 11 years old while boys began as early as four, Cruse said, adding that USA Surfing has closed this experience gap.

And surfboard makers, like many male leaders in the sport, used to believe that girls and women weren’t strong enough to paddle or ride powerfully enough to pull off airs, or aerial maneuvers, so they were given bigger surfboards that are physically easier to ride, but limited their ability to progress into more explosive moves.

So while airs have for years become the gold standard in the men’s competition, it is rarely done by the top female surfers today. Moore, the US surfer to beat at the Olympics, is among the first women to land an air during competition, a milestone she achieved just recently but has no doubt electrified the women’s game and its future.

"They started demanding getting the same type of equipment that allows you to generate more speed and turn sharper and harder,” Cruse said. "Right now, there’s a group of girls coming up. The girls under 16 are better at airs than any of the women in the WSL. They already have the air game and it’s next level and there’s going to be a changing of the guard.”

For Defay, she persevered during her first year without corporate backing. She remembers feeling humiliated hearing others take for granted their private car services arranged by their sponsors after Defay arrived on a two-hour bus ride in order to save money.

She’s thankful fellow pro surfer Jeremy Flores helped sponsor her "insane” rookie season, as a nine-month season can cost as much as $80,000 in travel costs alone.

The 27-year-old Defay's journey to the pros has made her hungrier than ever to prove her talents and worth at the world's most elite sporting event. And she'll do it with the body she has learned to appreciate, regardless of how any sponsor may have judged her before.

Though Roxy didn't respond to requests for comment on Defay's past sponsorship deal, the surfer declares this:

"I like my shoulders now and my butt,” Defay said with a smirk. "It’s just what it is and what makes me surf this way, so I try to celebrate it.” - AP

Boxing is a lifeline for girls from Nairobi slums

Abuse and anger: inside the online groups spreading stolen, sexual images of women and children

Bolivia's Aymara women train to fight back against domestic violence 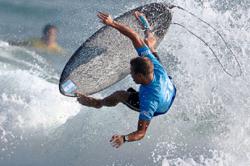 Time to talk: Youths start online platform to help people interact more during pandemic
Family of cooks from Penang serves up a 'taste of home', from kway chap to rendang
A move in the right direction: from marketing consultant to selling farm produce
Starchild: Malaysian children share their fashion choices
The fishermen's friend: Young Malaysian helps fishermen get a fair wage
How sharing photos of kids unintentionally helps paedophile platforms
Boxing is a lifeline for girls from Nairobi slums
Life after delivering your baby in the pandemic
Starchild: Malaysian children share about their favourite emojis
Pandemic pregnancy: There are silver linings