Dads find unique ways of bonding with their children during lockdown 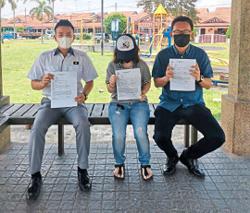 The pandemic lockdowns gave many dads an opportunity to bond with their children. Photo: Unsplash/Nathan Anderson

When the pandemic arrived last year, it brought lots of isolated time at home, and many fathers found themselves seeking new and creative ways to relate to their children.

Sometimes that meant taking on a new hobby to share with the kids; for others, it led to a new project to work on together.

A few dads from Ohio in the United States reflect on how their relationships with their children grew during the pandemic.

Over the past 15 months, sisters Avery and Savannah Dean have compromised on a rocket launch routine.

If elder sister Avery, 10, does the countdown and pushes the button that propels the small, motorised model into the air, then her younger sister runs to retrieve it for another go around. And vice versa.

Their dad, John Dean, can’t help but beam with pride in his daughters’ affinity for one of his favourite childhood hobbies.

“It’s been nice to do with them, ” said Dean, 40. “For them to have an interest in anything I’m interested in – I’m thrilled. I’ll ride that wave as long as possible.”

What began as a desperate attempt to get his children out of the house for some entertainment as the world shut down due to Covid-19 ultimately became something the trio looked forward to doing together most weekends.

At the height of the pandemic, the family was building different rockets regularly – they’ve made 70 so far – and shooting them off two or three times a month.

“Over the summer, their grandparents came to see launches. It was a great way to keep socially distanced.”

The sisters are quick to talk about what they’ve learned – fins help with stability, for example – or recount funny mishaps, like the time a seven-foot-tall rocket landed on a stranger’s roof.

“I like the launch when you push the button and it goes off and seeing all the smoke on the ground, ” Avery said. “It reminds me of real rockets.”

Savannah’s love of launching rockets is a bit simpler. The second-grader’s favorite part?

“Because it’s with Dad.”

When Covid-19 hit central Ohio, Rene Villanueva-Henkle was just about to start taking in-person driving lessons. Those, like most other things at the time, were canceled.

Without the immediate prospect of a license, school or visits with friends, the teen’s mood quickly sullied, according to his father, Rene Villanueva.

“It was all very drastic for him, ” Villanueva said. “The pandemic – what it did to our brains – it gives us anxiety just to be sitting in the house doing nothing... There was just nothing to distract us.”

That’s when Villanueva, a building maintenance man who is pretty handy with most tasks, began looking for an old car to fix up with his 17-year-old son.

When the father saw how his son smiled at the beat-up 1967 Chevrolet Corvair they found for sale on Facebook for US$700 (RM2, 9900), he knew that’s what would get them through the pandemic together.

Although it was tough work, Villanueva-Henkle, said the process was rewarding.

Villanueva-Henkle said he didn’t realise just how much the car and the time spent with his dad meant to him until Villanueva tested positive for Covid-19 on Christmas Eve. They weren’t able to work on the car for a few weeks while his dad recovered.

“I also associated the car with him, and I wasn’t able to see him or the car, ” Villanueva-Henkle said.

Although his father still deals with fatigue, Villanueva-Henkle said that they were thrilled when they finally got the car running with all new body work and a paint job.

This dad nailed it

The kitchen table at the Arkow household in Northeast Columbus became an epic arts and crafts station during the pandemic.

Looking for activities to do with his daughters – Izzy, five, and Olivia, three – while his wife Vicki, a teacher, made lesson plans, he thought he’d try his hand at painting their nails. He soon realised he had a knack – and the steady hands – for the job.

“They get a kick out of daddy doing it, ” Arkow said. “It wastes time and keeps their hands still. A half an hour is a long time for them concentrating.”

Sometimes he’d put on a show while he did manicures; other times they’d talk about their day.

Arkow posts photos of his handiwork on social media.

His wife admits he’s much more meticulous in the girls’ manicures than she ever was.

“Daddy doesn’t make mistakes, ” he said with a laugh.

Although his job as a food inspector for the US Department of Agriculture still took him out of the home for work, Arkow said the pandemic afforded him much more quality time with his girls.

All the time spent together over the past 18 months also allowed Arkow and his wife to better focus on Izzy’s autism diagnosis and work on therapies during a time when the pandemic caused many difficulties for families with children with special needs.

Nail time with dad became one example of Izzy improving and being able to concentrate on one task for at least a few minutes.

“She showed us that we all have it in us to get through this no matter what obstacles are in our way, ” Arkow said. “The resilience of three- and five-year-olds is amazing... (They) kept our focus on what really matters and not to sweat the little stuff.” 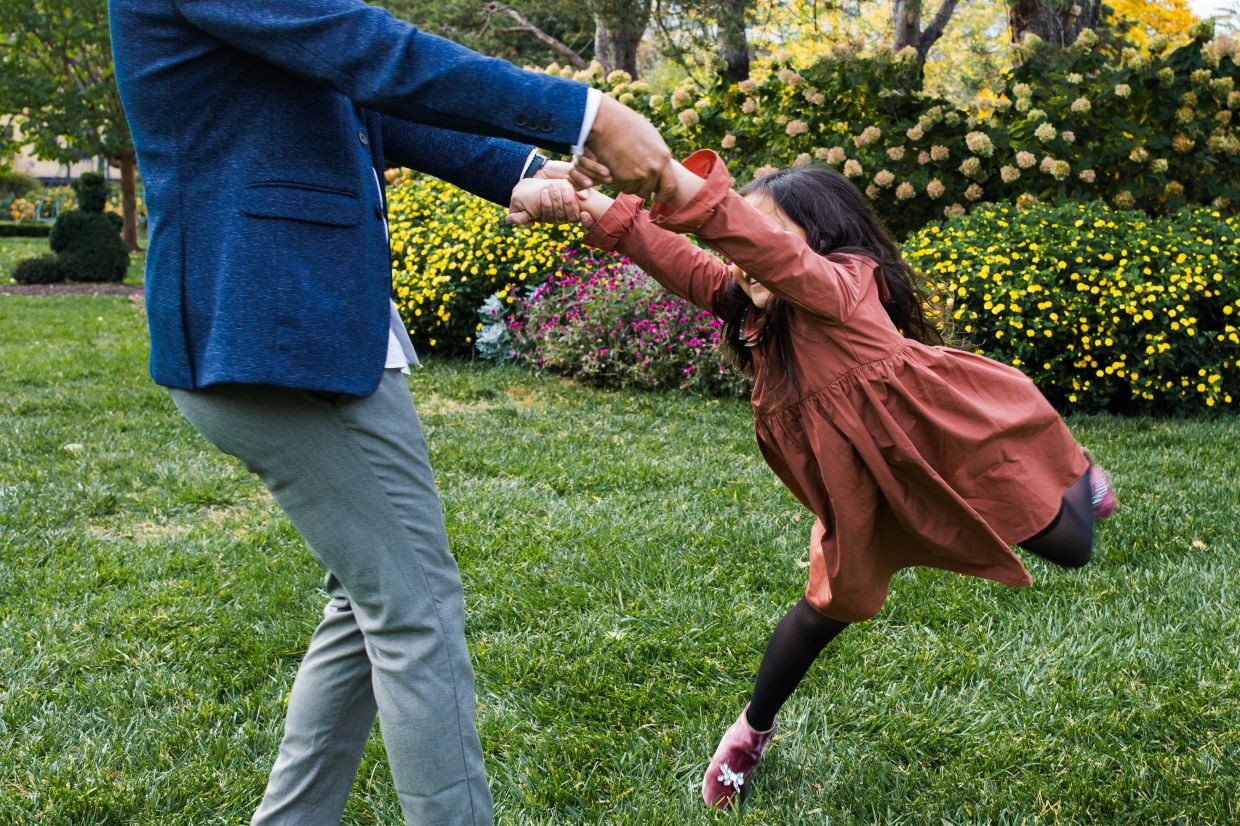 Make the most of the difficult time by focusing on family. Photo: Unsplash/Ash Gerlach

When Matt Lofy started his podcast about being a new dad just a week before the coronavirus pandemic shut everything down last year, he had no idea that it would become such a resource for other parents, especially himself.

His son, Tuckerman, was only six-months-old at the time, and through the Dadass Podcast, Lofy sought to not only have a bit of a hobby but also find meaningful ways to bond with and better parent his infant.

Guests on his show have ranged from sleep consultants who helped him with adjusting Tuckerman’s nap schedules to a pastor who talked about how to raise culturally aware kids, which included buying more diverse picture books for the now 18-month-old.

Lofy, 35, also has had some women on the show, who have helped him recognise how he can better partner with his wife as a parent.

“I’m finding myself doing more at home and enjoying being home and not at work, ” said Lofy, director of marketing for the Westerville Chamber of Commerce.

“We mix in ways to help me, help the listeners and help everyone. We created a community in a sense.”

The podcast, with new episodes weekly, now has a co-host, Shaun Ditty, a school counselor, to provide an expert voice. Sometimes even Tuckerman will join Lofy in the studio he’s created in his house and offer a babble or two during recordings.

At its heart, however, the endeavor has been about real dads helping other real dads in real-life experiences – something Lofy felt was missing online.

“At the end of the day, there were tons of mom influencers, mom blogs, but not a lot of dad influencers, ” he said. “What was there was most likely memes and dad jokes.”

As he’s learned to be a more hands-on dad through the experience, he hopes he’s had the same impact on his listeners, especially during the pandemic when many fathers found themselves spending much more time with their children.

He said he doesn’t think the podcast would’ve been so successful or long-lived if it hadn’t been for the timing of the pandemic.

“If a dad and husband didn’t take the time to reflect on the priority of family, they didn’t do the pandemic right, ” Lofy said. “We got a mulligan. We need to do this right and start with family first.” – The Columbus Dispatch/Tribune News Service

Bond with your children with the best board games on the market. Use Lazada Promo Code for extra discounts 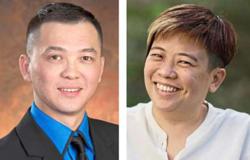