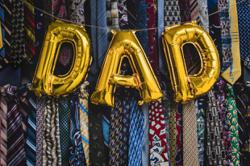 Members of the 'Fashion Grandmas' dressed in traditional costumes during a rehearsal for a performance on a television show in Beijing. Photos: NOEL CELIS/AFP

Exquisitely garbed in a traditional cheongsam dress, 76-year-old Sang Xiuzhu is one of an unlikely vanguard of elderly influencers storming Chinese social media with videos of glamour in the golden years.

Two years ago she joined the "Fashion Grandmas", whose one-minute clips and livestreams of them turning Beijing's streets into a catwalk are devoured by millions of fans.

They mix elegance with epithets of wisdom - on marriage, love and life - from a generation who are now increasingly integral to both the economy and online culture of China.

"Our young fans say they are not afraid of ageing after seeing grannies like us living fashionable and happy lives," said Sang.

China is getting old fast and Beijing is faced with the monumental challenge of how to provide for tens of millions of retirees.

But this has also opened opportunities for those who are financially comfortable in their dotage and able to harness the commercial possibilities of technology.

It is an economy worth hundreds of billions of dollars, craving longevity, entertainment and consumer goods, and hooked like everybody else to their smartphones.

The "Fashion Grandmas" collective has 23 main members, with dozens more fringe contributors across the country, all aged between their late 50s and their mid-70s. 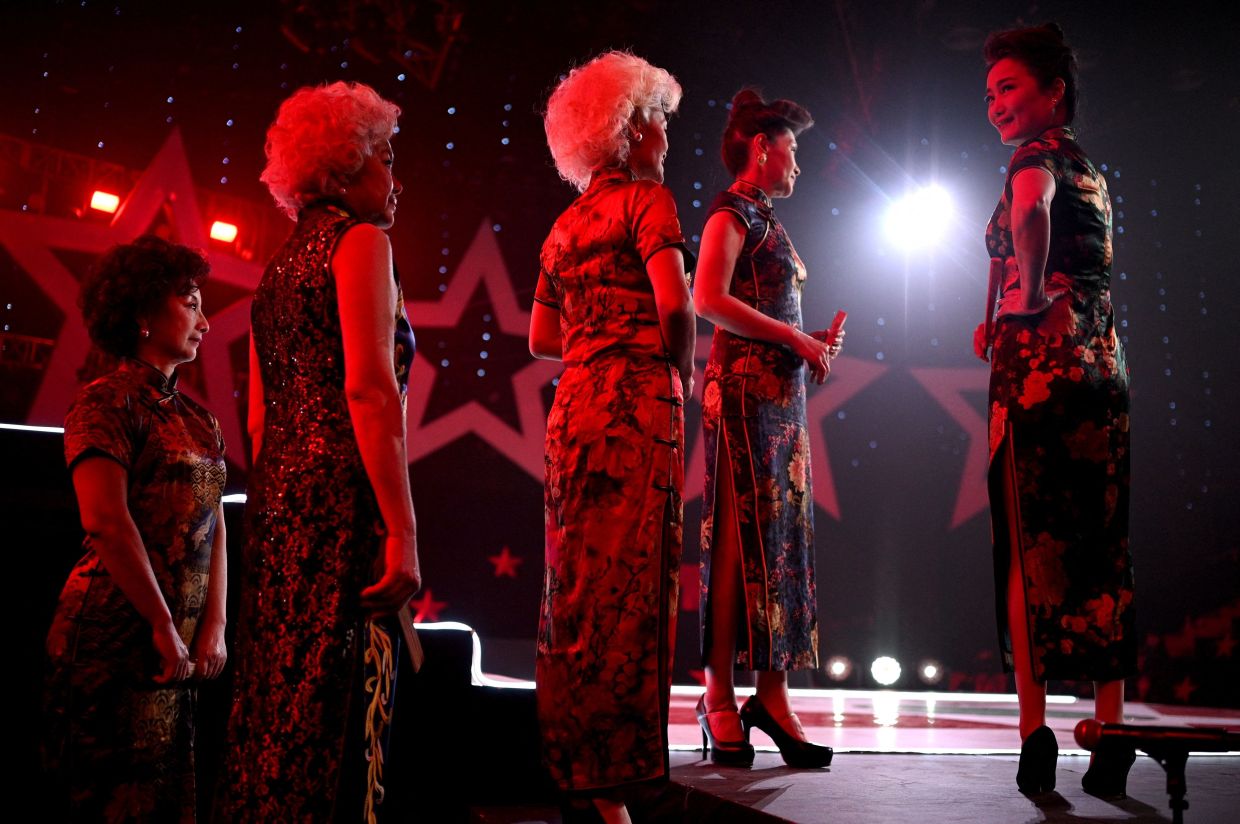 The 'Fashion Grandmas' mix elegance with epithets of wisdom - on marriage, love and life - from a generation who are now increasingly integral to both the economy and online culture of China.

They make money from pop-up ads in their videos and livestreaming product sales.

"They can sell 200 units of a product within a minute of starting a stream," says their agent He Daling.

Their videos also carry messages of inspiration, such as "beauty is not only for the young," or "even the elderly can live a wonderful life!" as well as serious messages such as call-outs of domestic violence.

One of their videos shows a man raise a hand to hit his girlfriend in a store, before a furious older woman grabs his arm and waves for him to be dragged away by security guards.

"Domestic violence is illegal" reads the text on the screen, adding that it is "shameful" to hit women.

Another shows a pregnant woman being threatened by her husband before an elegant granny has him pinned back in his chair by bodyguards and gives the woman a hug.

"The elderly should live how they want and be optimistic," Sang told AFP. "Age is just a number."

'Actually we know everything'

A generation of Chinese born in the 1960s are reaching their mandatory retirement age of 60 for men and 55 for women.

These new retirees are the first group to receive higher education after the Mao-era Cultural Revolution, which scorned the "bourgeois" pursuit of learning and left a generation without social mobility. 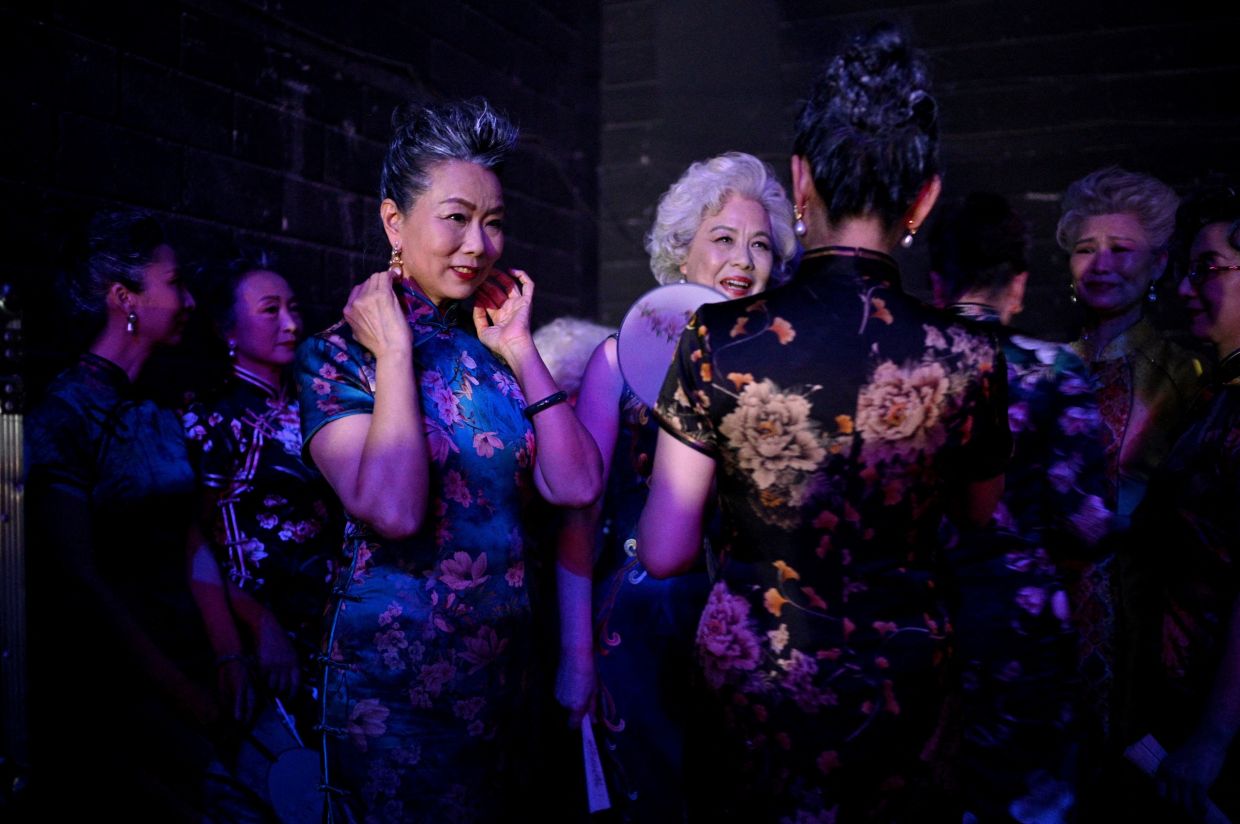 China is getting old fast and Beijing is faced with the monumental challenge of how to provide for tens of millions of retirees.

"That improves the 'cashability' and quality of China's elderly internet industry."

The value of China's "grey-haired" economy is estimated to reach 5.7 tril yuan (nearlyRM3.7 tril) this year, according to iiMedia Research.

"China's mobile internet industry has earned money from every group... men, women, youngsters, parents, but not the elderly," said Bian.

"This could be the last structural opportunity of the industry."

Granny Ruan Yaqing, 58, has her own video channel and uses an iPhone to reach over six million fans as she tours Beijing's history and culture.

She fell into the world of video-streaming to avoid becoming a "nagging" presence stuck at home, she jokes.

But she also carries a message on the virtues of age from a golden generation refusing to be pushed into the background of modern China.

"Young people assume the elderly know nothing," she says. "Actually we know everything." - AFP 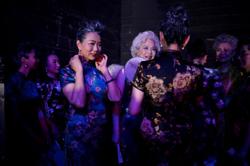 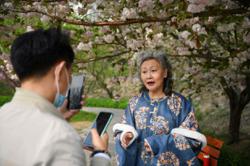