Rescuers in remote eastern Indonesia are still digging through the debris of a landslide in search of people believed to be buried in one of several disasters brought on by severe weather in the Southeast Asian nation and neighboring East Timor. Photo:AP Photo/Rofinus Monteiro

Homeless, injured, and with his daughter dead, Sugeng stares blankly as he comes to grips with the devastation left by floods and landslides on Indonesia's Adonara island.

The 60-year-old was asleep with his family last Sunday night as torrential rain battered the community at the eastern end of the vast archipelago nation.

In seconds, their lives changed forever.

"Suddenly we heard people scream 'flood!'" said Sugeng, who like many Indonesians goes by one name.

He and his wife fled their home, but their 20-year-old daughter Indri did not make it out alive and her body was later found on a beach.

"She was trying to hold on to a cupboard but the current was so strong that she lost her grip," Sugeng said.

Adonara island, home to about 125,000 people, was among the areas hardest hit by the floods and landslides that killed more than 150 in Indonesia and neighbouring East Timor.

The disaster was triggered by heavy rain and wind from one of the region's most destructive cyclones in years, which ripped across a cluster of islands in the neighbouring Southeast Asian nations.

Far-flung Adonara, dotted with beaches and a volcano, is accessible only by boat. It has no local hospital.

More than 50 residents were killed and a dozen were still missing on Wednesday. 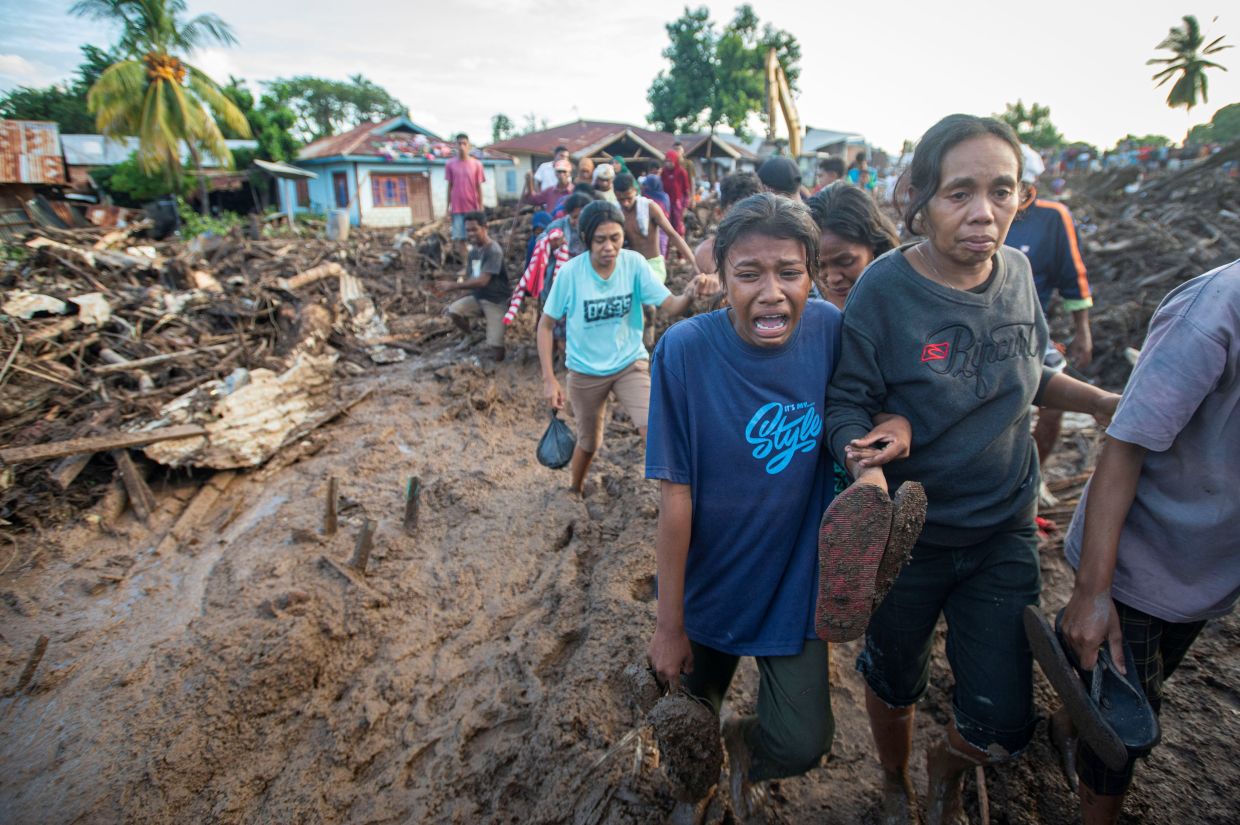 Indonesia's disaster agency said it is trying to airlift the injured in helicopters to a city and provide shelter for those left homeless.

Among the evacuees was Elisabet Lena Huki, 61, who took refuge at a local government office with her husband, elderly parents, children and grandchildren.

She was coming back from an Easter mass on the predominantly Catholic island when tragedy struck.

"We had rushed home from church because my elderly parents were there," she said.

"Suddenly I heard a thundering noise... and I screamed to my sleeping husband that there was a flood."

Her neighbours sobbed in fear as chaos struck, while Huki's family searched frantically around their waterlogged home for her nephew Yeremias.

"He's still missing," she sobbed, remembering the 33-year-old she thinks of as a son.

"I want him to be found, even if it's just his body... so we can lay him to rest and visit his grave. That's my only hope now."

With just the clothes on their backs, Huki and her extended family also have to think about their own survival in the weeks ahead.

"I need diapers for my elderly parents but the stores are closed," she said.

"We're all exhausted and weary. I'm not thinking about wealth and possessions right now -- I just want my family to have shelter." - AFP